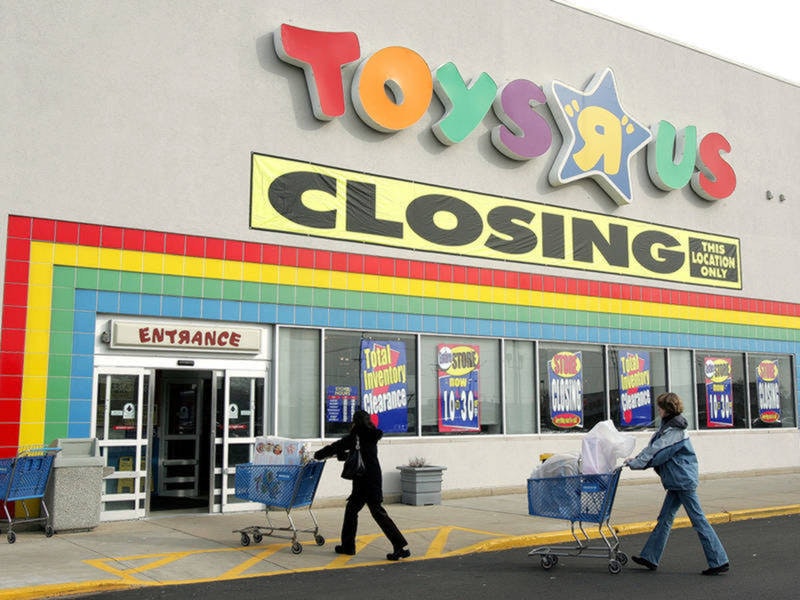 It's jarring when a fixture of our lives disappears. Corporations sell the idea of their inevitability; that in the future they'll still be there. There will always be a McDonald’s. But these entities aren’t engraved in stone; they're as subject to economic forces as the Silicon Valley startup that could eventually replace them. They can fall, as retailer Toys “R” Us just did.

The Owings Mills branch, in suburban Baltimore, is a hollow shell. The toys remain, but the people are gone. Walking inside feels like stepping inside of a relic of another era. The cash registers are almost entirely deactivated, with employees handling purchases at the customer service aisles. Those who aren't helping customers are making the best of the time they have; one employee the other day sailed through the store on a scooter.

The aisles are loaded with products that’ll be plucked away by savvy consumers. It's also not difficult to see why the giant failed. There's too much stuff thrown all over the place. One can wander into the Star Wars aisle, but it'll be entirely by accident. Was this always the case, or did the layout stop mattering?

The discussion about what killed Toys “R” Us leads to a complex mess of debt, timing, and competition. But perhaps the real question is why it didn't happen sooner. Some people have fond memories of the retailer, but are no longer patrons. Similar to the Taco Bell Chihuahua, emotional attachment wasn't enough to keep the chain alive.

Go back to Percy Shelley's “Ozymandias.” When the child of tomorrow walks toward the strip malls of Owings Mills near the ruins of the Wendy's and the old Lion Brothers plant, they’ll see the backwards “R” and wonder what was there before. Someone will tell them that it was a place where people used to get toys. The child will scoff, “Why didn't they just buy them online?” and not give it a second thought.