The Importance of Bartenders

The alcohol helps, but it’s not always enough. 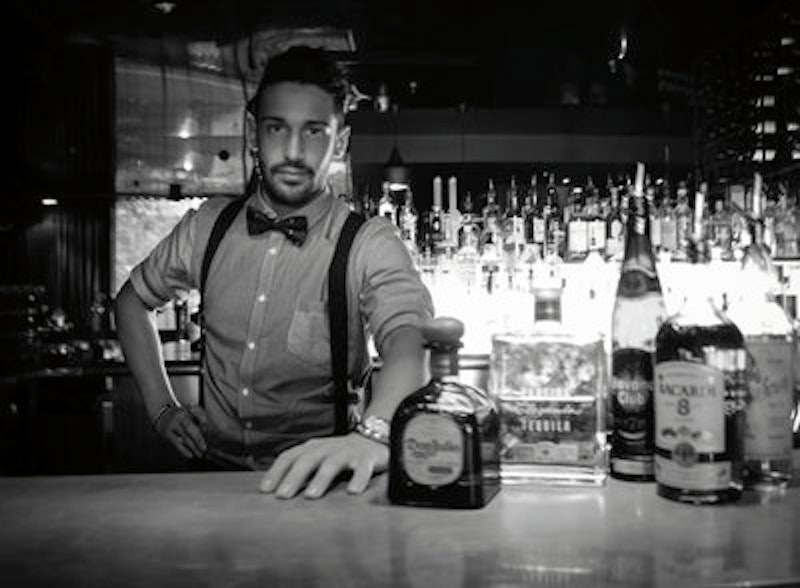 I’ve logged hundreds of hours in bars over the years. All over the place: in particular, Manhattan, San Francisco, Seattle, plus Europe and Asia. I've always found them seductive, and even though my bar hours are limited these days I've learned a lot about them over the years. I have an insider's perspective, having tended bar during my college and early post-college years.

Bartenders are a key ingredient of an establishment’s quality because of the ambience they provide. The alcohol helps, but it’s not always enough. New York and San Francisco have professional bartenders who put real effort into their work. They know just how much (and how little) to say. They have style. If you've regularly frequented the bars in New York and San Francisco and then drink in Seattle, you'll notice a strong drop off in the quality. It's like playing for the New York Mets and getting sent down to the minors. Many Seattle bartenders give off an air of aloofness. Maybe they think they’re staying "real" by not putting on some fake, super-friendly act. Give me some extras, even if it makes you feel a little less pure inside.

Seattle bartenders would be smart to take tips from some of the fine Irish bartenders I’ve seen plying their trade in New York and San Francisco. Top Irish bartenders have their own followings, and are so in demand that they could quit during lunch hour and have another job before the evening news came on. Their followers would go with them too. These are pros who are making this their life's work, not heavily pierced young people trying to "find themselves."

A bartender's job is to lend some personality to the place. You can buy a drink at any old joint, but what makes you want to return is the feeling of conviviality a talented bartender can provide. A sullen or brooding manner is inappropriate. Now, conviviality can be taken too far. I was recently drinking in a bar with my brother and the bartender regaled us for 20 minutes about his recent acting role in the local community theater. He mistook our polite attentiveness for genuine interest, a mistake a real pro would never make.

In Richmond, Virginia, where I currently reside, bartenders are generally minor leaguers. One annoying habit some of them have is that if you hand them a bill that is well over the total of the check, some will ask, "Do you want change?" They’re essentially saying, "Hey, would you like to give me a $5 tip on that one beer I just opened and placed in front of you?” It feels like extortion, as if you're supposed to feel like a cheapskate if you say yes. I resent it.

Out of necessity, I’ve developed an effective strategy for handling these uncomfortable situations. When asked if I want change, I reply, in a faux-sincere manner "Is it okay?" This, I find, generally drives the point home, although it doesn't register with the more clueless types, who just look confused. One bartender went to the trouble of profusely apologizing when I used this approach, which I appreciated.

A big problem in Richmond is that so many of the bartenders are hipsters who think they’re too cool to offer the services their job title calls for. I was recently in a place where the Wi-Fi system didn’t allow me to go on Google—the website was blocked. I brought this to the bartender's attention and he sullenly said, "I can't do anything about it." Wrong answer, hipster. The hipster bartender in Richmond often acts as if you are inconveniencing him or her, which also happens to apply to baristas, by the way. Is it something about beverages? Of course, they're just doing this work until their band hits it big, but how much effort can it be to just be polite to someone who is spending their money so they can have a job?

I'm willing to do my part if local bartenders would show a little more dedication to their craft. I know how to behave—what not to do in a bar—because I’ve been in their shoes. Seen it all. When I tended bar for a summer on Martha's Vineyard, a scruffily dressed man used to rail on about how the "hippies from Taiwan" were trying to kill him. He’d then pull out a wad of hundreds to pay, but leave a pittance for a tip. This is a bartender's nightmare—a skinflint lunatic you have to endure for an hour—but I'm the opposite of this guy. If you're a local bartender, I won't bug you with my paranoid fantasies, and I'll leave a nice tip. I won't chew up 10 swizzle sticks either, and leave them on your bar with several torn-up coasters.