Sticking with sinking ships and growing out of arbitrary alliances. 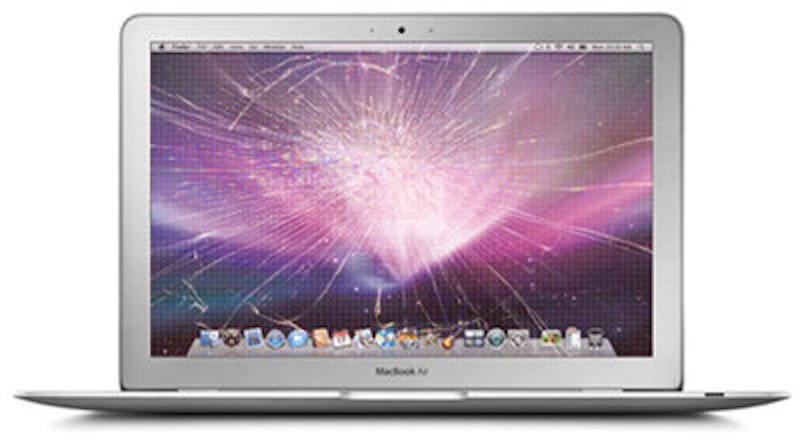 I grew up in a Mac family. It was as much of piece of identity and source of tribal pride as Red Sox vs. Yankees, Nintendo vs. PlayStation, Coke vs. Pepsi, or New York Press vs. the Village Voice. Parents pass on allegiances to their kids, and as long as I can remember, my dad would point out those bright red Voice boxes with disdain, and my brother and I eagerly gave them the evil eye and evangelized to our classmates in pre-school about a rivalry that none of us really understood. Green (NYPress colors) was good, red was bad. Primary colors are a pre-schooler’s specialty, and the us vs. them mentality of the family business informed many of our choices as budding consumers. Some allegiances were stronger than others, but being a Red Sox fan and despising the Village Voice defined our identity more than anything else. I preferred Coke to Pepsi, but would never refuse the latter in a restaurant. Nintendo was simply the brand I started with; I had nothing against Sony. Far from it—after much badgering, I got a PlayStation for Christmas in 1999. We were privileged without perspective, growing up in Manhattan in the 1990s, the center of the universe. It took a couple of years after we moved to Baltimore for that elitism to eke out of me, to come to the conclusion that we weren’t better or any different just because we came from New York City.

Before middle school, I had never touched a PC that ran on Windows. Apple was the family brand, and its virtues were easy to understand: aesthetic and functional simplicity, safety from viruses and malware that regularly plagued Windows and made the news (right before we left New York, the latest infectious bugaboo going around was something called “Code Red,” which I assumed was a Mountain Dew reference). It’s easy to forget, but before the iMac, Apple wasn’t only the underdog, it was close to bankruptcy with a reputation of bad decisions and financial hemorrhaging. This fit in nicely with our other underdog allegiances like the Red Sox and the family paper, a wasp that won the war of forcing the Voice to become free. We had no investment in Apple though: it was just a preference with reasons, unlike the pride of being a fan of a certain baseball team. That underdog mentality was baked in so early that it informed how I saw everything, and rather than feeling alienated or left out, I was proud to be the only kid at my school that lived downtown, and after realizing I could never fit in at my new middle school in a new city, I actively distanced myself as a defense mechanism, declaring in fifth grade that “I don’t go to birthday parties,” despite inviting certain classmates to my own 11th and 12th celebrations—a movie and dinner at Ruby Tuesday’s.

Investing so much of your energy into defining yourself through brands leaves you with a fragile identity because these things come and go—families move, curses evaporate, and underdogs win. Leaving Manhattan and the New York Press was devastating: as obnoxious as it sounds, it felt like being deposed, stripped of a status I born into and didn’t earn. Over time, all of those allegiances changed or disappeared, or just didn’t matter as much. I was wired to fight, and implored to stand for the Republican Party and hate Bill Clinton before I could read. During the 2000 election, my brother and I were “for” Bush in the same way we despised Derek Jeter. That November, my second grade class had a mock election, and at a private school on the Upper East Side, Bush cleaned up and Hillary Clinton as a senate candidate flopped. There were one or two kids that chose Gore, and they were chided and mocked by our mob that knew nothing beyond what our parents told us. By 2004, I was suspicious of a lot of my dad’s views, and deeply hurt and confused by our country’s behavior in the aftermath of 9/11. At a Christmas Eve party that year, I declared that the only reason we went into Iraq was for oil, and was promptly grilled by my friends’ parents, drinks in hand. Maybe they were trying to educate me, but it was a ridiculous scene—arguing with a pre-teen as if I was another pundit to be proven wrong.

It may be silly and naïve to be surprised when another one of those lifelong pillars of stability starts to crumble, but after Steve Jobs’ premature death in 2011, Apple’s fate was sealed. The story at the time was that he had prepared five years’ worth of plans for Apple for rising CEO Tim Cook to follow, and we’re at the end of that insurance. Product rollouts led by Jobs were huge cultural events and the products he unveiled were always smash hits: the iPod, iPhone, iPad, among other improvements to the iMac and Macbook. Since 2011, it’s been totally downhill—stalling with updates and minor improvements to already released products and technical problems that were never an issue before Jobs’ death. In a column for The Wall Street Journal headlined “Why Apple Should Kill Off the Mac”, Christopher Mims relayed his own doubts from last week’s Worldwide Developer Conference, writing that “It was hard not to get the impression that the company is stretched thin,” and that the debut of Apple’s streaming service Apple Music was “somewhat incoherent.” Jobs’ reputation as a force of nature would’ve been impossible to top, and my impression of Apple’s rollouts and decisions since his death has been about maintaining rather than boldly moving forward, which most people took for granted when he was alive. Rumors about an Apple Car persist, and Mims hopes that a move like that would prove that Apple can still shake up our culture and define our way of life.

I’ll stick with Apple out of habit and convenience, but I’ve never been less sure, though the thought of learning a new operating system like Android or Windows makes me queasy. I’m a creature of habit, but switching computer platforms is not exactly like passing a bar exam. Mostly, it makes me wistful and a little sad, another piece of childhood tribal identity passing away. Plenty of that has already happened, and in much bigger ways, but it still stings. The passage of time spares no one or nothing, and even though I have no familial stake in Apple’s fate, their downfall or my desertion is as much of a death as a move or a change of schools, or watching your favorite baseball team gradually embody everything that you despised in their rivals. Sticking with sinking ships and rotten apples will make anyone sick.