Drunk: The Vital Pleasure of Getting Hammered 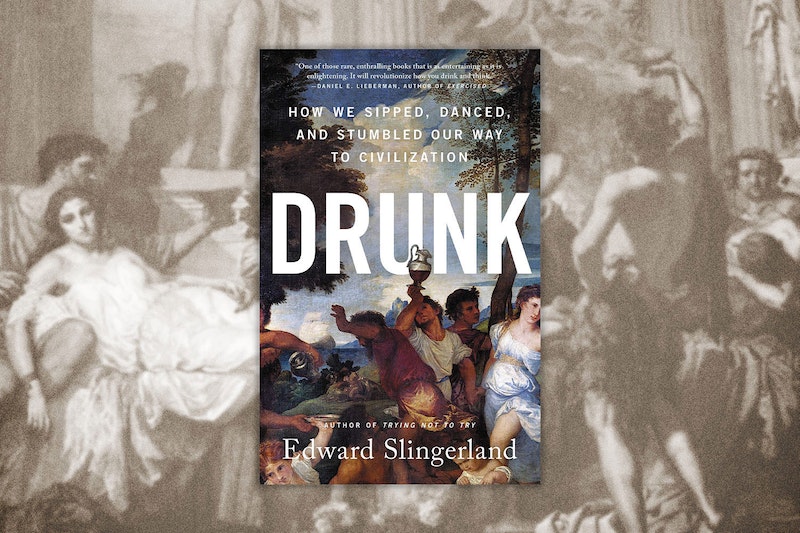 If you Google the phrase “1980s party culture,” a story comes up from September 26, 2018. It was published in The Washington Post. The purpose was to make the party culture of the Reagan era seem like Nero’s Rome.

The article was a weapon during the battle over Brett Kavanaugh’s nomination to the Supreme Court. Opposition researchers had spent the summer of 2018 hunting for dirt on Kavanaugh, a high school friend of mine from Georgetown Prep. The left settled on charges of sexual assault, drunkenness, and even gang rape. I was swept up in the dragnet; as someone whose drinking got out of control in the late-1980s until I stopped in 1990, it was crucial to the left that I start telling stories about rampaging through the wild 80s.

There is a hangover, however, something that was indicted in 2018 but deserves defending: drinking and getting drunk. The media went Cotton Mather in 2018, shocked that friends and I drank 100 kegs in high school, that we went to bars (it was legal) had parties, and occasionally got lucky. “The adolescents of the 80s are now adults reaching the highest rungs of power,” the Post preached, “and now people are questioning the forces that shaped them. The sex-crazed high jinks of the movie Porky’s and stoner truancy of Fast Times at Ridgemont High ruled at the box office even as the Moral Majority were still in charge politically. A vision of abstinence (‘just say no’) collided with a culture of excess (Welcome to the Jungle).”

The coverage was intended to paint a horrible picture—The Wild Life with my friends and I as Visigoths in a “culture of excess.” Never mind that many of the girls at the time were just as bad. One girl I dated at the time could drain those kegs with the best of them. After we broke up she had a lot more sex than me. This isn’t criticism. She liked to party and had a big sexual appetite, and it was great that she could get her nut. It ain’t nothin’ but a good time. She had desire and agency and used it.

A lot of this has come to mind because I’ve been reading an interesting new book—Drunk: How We Sipped, Danced, and Stumbled Our Way to Civilization by Edward Slingerland. Using history, science, myth and popular culture, Slingerland defends getting drunk. Drinking has always played a role in “enhancing creativity, alleviating stress, building trust, and pulling off the miracle of getting fiercely tribal primates to cooperate with strangers.” There is archaeological evidence that brewing precedes baking.

Slingerland admits the problem of problem drinking. Yet he convincingly argues that the downside of booze has been addressed at length over the last 30 or 40 years. It’s time, he observes, for some pushback against the “puritanical discomfort with pleasure lurking in the background of scholarly discourse.” Slingerland decries “our current age of neo-prohibition and general queasiness about risk,” and exports “the simple joy of feeling good.”

Slingerland, a philosopher at the University of British Columbia in Canada, then goes even further, positing that by causing humans “to become, at least temporarily, more creative, cultural, and communal… intoxicants provided the spark that allowed us to form truly large-scale groups.”

That is to say, without Budweiser and red wine, civilization might not have been possible. For our ancestors, intoxication was “a robust and elegant response to the challenges of getting a selfish, suspicious, narrowly goal-oriented primate to loosen up and connect with strangers.” Brewing vats and drinking vessels were found at a 12,000-year-old site in Turkey. When humans began to sow crops and domesticate livestock, it allowed us to get over distrust and work in larger numbers, giving rise to towns and then cities. Slingerland: “It is no accident that, in the brutal competition of cultural groups from which civilizations emerged, it is the drinkers, smokers and trippers who emerged triumphant.” (I would only add: the best pro-blissed-out anthem is still “Never Let Me Down Again”).

A recent study found that older people are less lonely than teenagers. Part of this may have to do with the pandemic, but also a culture that doesn’t let kids cut loose the way it did decades ago. Were the parents too lenient in 20th-century America? Possibly. But letting us party also allowed us to bond. So much of the rage of the fall of 2018 seemed to come not from our drinking, smoking and carousing, but the fact that we had had any fun at all. At one point a high school buddy called to express his shock—not at us, but the fact that a Senator admitted had never played quarters. He had never been initiated into a tribe. It was a long way from Winston Churchill with his booze, cigars, and “wildness in the blood.”

One night in 1983, right after graduation, a bunch of high school buddies and I got drunk in Georgetown and then drove three hours to the Eastern Shore. When we arrived at around three a.m. there was a party going on around 40th St. in Ocean City, Maryland. We were high, blitzed, housed. We’d worked hard all year, memorizing Latin, taking AP courses, playing football, struggling with calculus and chemistry, and spending Sundays at soup kitchens as part of our Jesuit social service project. Soon our summer jobs would begin. Uncorked at the beach, we went skinny dipping, wrestled each other, laughed until we gasped, and smoked cigarettes. I made out with a girl who looked like a 1980s Kylie Minogue. That ain’t a humblebrag, it’s a flat-out brag.

We stayed up on the beach and watched the sun rise. There wasn’t any abuse, just love. Maybe I should’ve stayed in my basement playing Pong.