They make me think about my family and place in the world. Deep. 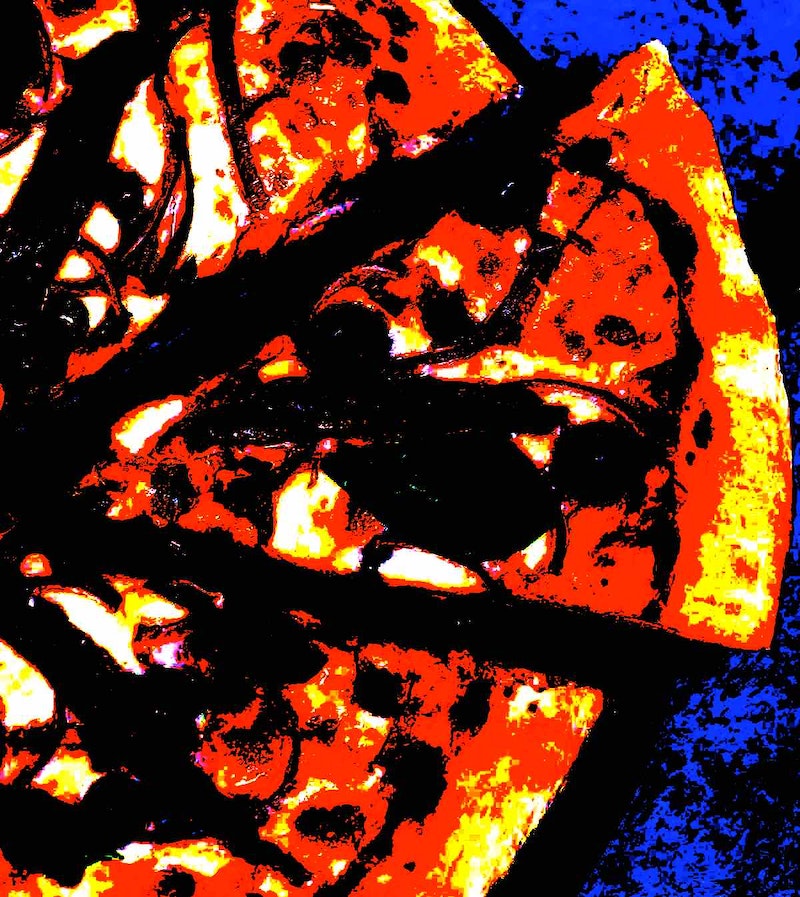 Night anchovies just hit different. I’m not immune to the culinary delights and peculiarities of pescetarianism—fish of all kinds have been a staple of the Quibbits diet ever since we’ve lived near the water. All of you horrible people have depopulated the bays, quays, and river runs that used to give us birds so much food to eat, and now you give us fast food wrappers and plastic. I’m not David Cronenberg, I can’t eat plastic (have you seen his new film Crimes of the Future? Awful. I stole it on the internet). Dumpster diving isn’t what it used to be, either: you could get a box full of two dozen donuts, some shrimp cocktail, a braised ribeye with potatoes mashed, French fries slathered in mayonnaise (delishus…), really we could go nuts at the steakhouse, stop by the bodega, attack the cashier and get our drinks and vegetables, and call it a night for a week. But night anchovies just hit different when you order them on Seamless.

I’ve been getting pizza delivered and it’s not making Monica happy. “We have McDonald’s at home.” I tell her I didn’t get McDonald’s, I got artisanal flatbread with olives, tomato ragu, chives, and extra anchovies. “And you didn’t save any for me?” You know what I’m thinking. You know what I want to say. “Rooster thinks you’re getting fat, and I agree with him, Bennington. He’s not wrong. You look disgusting. It’s about time we put you on a diet…” I raised my spur claw and signaled that this was a warning, and that I was in a possession of deadly force and full of primal rage. She finally got quiet—until Rooster showed up.

“What smells like fish?” Now I’m the bad guy. “Can I have a piece?” I told him it’s my night pie, for my night slices. “Jesus Christ, Bennington, I just wanted one fucking slice. I’m hungry. I’m not going out again today. I want some food before I start writing again.” Rooster continued to moan but in Monica’s direction, so I got up with my pizza and went to my shed. “Something in the Way” by Nirvana was playing. Kurt Cobain was singing about living underneath a bridge and how no one understood or appreciated him. I’m the same way. He wasn’t as pretty as me, also way to handle your heroin dude, making the rest of us look bad. Do better, in Heaven.

Do they think I’m going to Hell? Maybe that’s why they like it when I got back out into my little cabin. Then again I like it, too. I can have my anchovy pizza and not be judged by Fat Monica or Pretentious Rooster. She’ll come back when she wants to get high again, on whatever drug she’s fixated on at the moment, and he’ll come back when he needs a ride to the grocery store or the post office. They always need me for something. That’s fine… that’s fine I guess. I don’t mind being used by my family. I don’t mind when they make fun of me. Really! It’s better than having no family at all.