Monica’s Friends at the Grocery Store

The fools and follies of Bananeria Costa Rica Market. 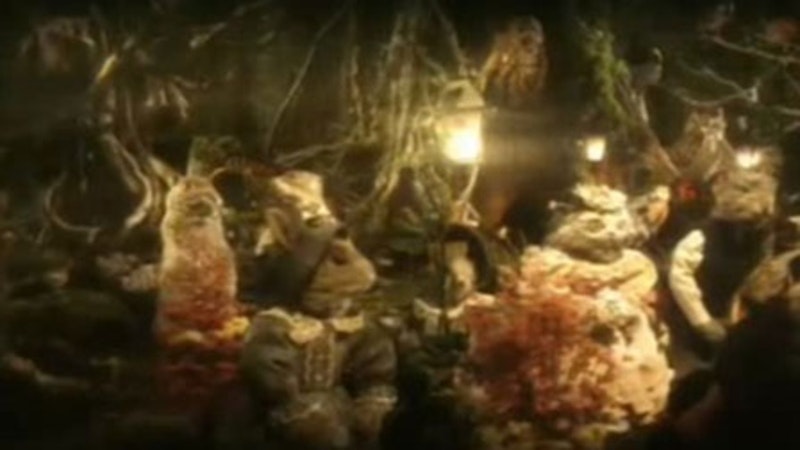 I don’t like making new friends at the store. Fanny, a phrenologist, has started talking to me at Bananeria’s Costa Rica Market. She insists that skull shape determines one’s intelligence and personality type. “Can I measure you?” As soon as she got out her calipers, I spur-clawed her and gave her a copy of Anti-Racist Baby. No, but I did spur-claw her, and told her off for being a reactionary and a violent racist. She told me, “Sticks and stones may break my bones but words can never hurt me—or anyone else!” Well, when she started sobbing after I told her that wig didn’t match her beak one bit, I think she got the point and started leaving me alone. Fanny the phrenologist doesn’t talk to me anymore, and it’s just as well, because I enjoy shopping alone.

There’s Vittorio, a very nice rooster from Sicily who considers American pizza an abomination and a personal affront to his people and homeland. “I will make for you a beautiful sardine pie.” BCRM doesn’t sell pizza, but Vittorio likes me, and we had a minor thing years and years and years ago during the war when Rooster was called to serve in the OSS. He still remembers; I pretend I don’t. It gets me free pizza. “Ciao, bella.” Vittorio hams up the Italian accent for customers, but especially for me—why? It’s repulsive. I don’t want to date Ratatouille. Vittorio’s pizzas have the best fish in town though… sardines and anchovies with olives and tomato sauce… I’m sorry… but… delishus…

When I’m trying to lose weight (spring), I loiter in the juice aisle and try not to talk to Sally the sommelier. She’s what you would call a “witch,” or Wiccan, I’m not sure—maybe goth? Techno? Her look confuses me, but her behavior even more so. “MONNY! Try this beet shake with activated charcoal.” Is she trying to poison me? I usually drink whatever swill Sally’s selling just to be nice, and I have to admit it does make me feel better, but I don’t know what to do with this stuff or which one to buy. Isn’t this addictive? Celery? I can get that in my backyard! Obviously, none of us eat chicken, but some of the birds in town do get guilty with it and indulge in swine and bovine. Not Sally.

Sally once tried to blow up a McDonald’s but only managed to disable the McFlurry machine. Her days as an ecoterrorist are long behind her, but she’s always shoe-horning in some stupid political cliche into her little shake speech. No! Sally! I DON’T want to hear about Haiti while I’m looking for ice cream! It’s none of my business! NOT MY PROBLEM! Well, not so easy yesterday, when news of the elementary school shooting in Texas was still searing. Everyone was down that evening, no one had anything to say. Roo and Benny acted like they weren’t affected—“happened last week”—they ended the evening by staring at the wall in silence rather than their usual routine of a movie and a joint (it’s allowed now—Bennington’s been clean long enough to have his weed).

BCRM was almost empty hours before close. Fanny wasn’t there, but I saw Vittorio as soon as I walked in. He’d already made me a pie, but he was sitting in the corner looking straight down at the ground. I called his name but he only signaled to the pizza. I left the money on the counter and went on. There was no music piped into the store, and certain sections were closed. Was something about to happen here…? I walked around after getting everything I needed when I reached Sally’s section. We made eye contact without realizing it for several moments—and said nothing. She said nothing, as I tried her free sample, picked a juice, paid her, and left. “Thank you,” I said. “Have a good evening,” she said.

I walked out of the grocery store and went back home to have dinner with my family.