A Lot of Parking 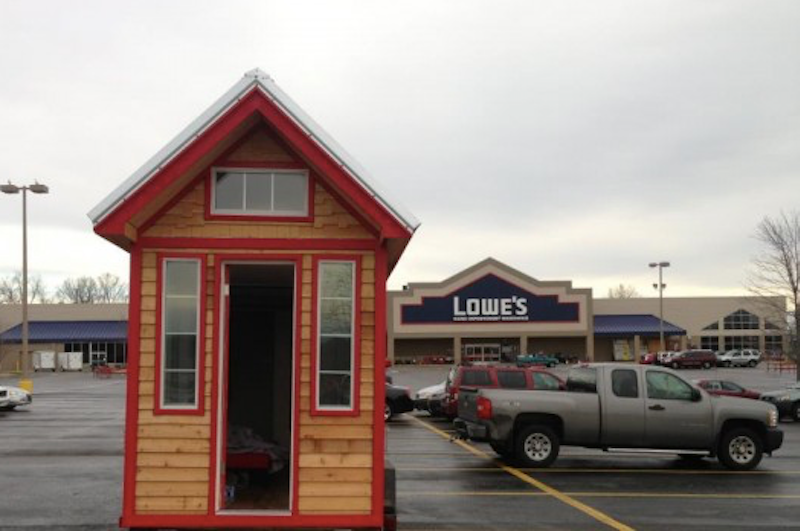 If you shop on Black Friday there’s a decent chance the parking lot you’re in won’t be full. Across the United States, there are about 500 million surface-lot parking spaces for the 272.48 million registered vehicles. There are far more parking spots than there are cars—which means there’s a lot of underutilized land throughout the country—in parking lots at malls, strip malls, Walmarts, Targets, hardware stores, as well as in urban parking garages. Why not use the space to allow more Americans to own homes?

Housing is a commodity whose value has greatly outpaced the rate of inflation in the United States; from 1997 to 2006 (the Housing Bubble) average home prices increased by 124 percent, according to The Economist; even though the bubble eventually burst, home prices continue rising. Many young Americans have enormous student loan debt (Americans carry $1.6 trillion of it). Pair that with rising housing costs, unaffordable health care and a birth rate which is already sub-replacement level, and there could be dire consequences for the nation.

Former President George W. Bush attempted to fix this issue at the federal level to increase minority support for the GOP and to help some of his big bank donors. It didn’t work. Fortunately, housing’s an issue that can primarily be addressed at the local level—by relaxing stringent zoning laws. In many communities, zoning is bad not only for businesses, but also those who want affordable places to live, either as buyers or renters. In the Greater Boston Area, the limousine liberals who run many communities have made the minimum lot size to construct a house in parts of their towns at least one acre. In many communities, multi-family housing is not allowed, according to Boston Fair Housing.

There are many cases where the land a house is built on is worth more than the building itself. Putting up barriers like minimum lot sizes and spacing between developments artificially raises housing costs. This makes people buy more than they need and decreases the total number of houses that can be built. Surely, there’s a market for big houses with big lots placed far away from each other. That’s great for those who want it. Conversely, there’s a market for people who don’t need much space, can’t afford it or are willing to suck it up because they want to build equity instead of renting.

These giant underused parking lots offer that potential if developers could build bungalows, manufactured homes (cheaper building costs and good for the domestic manufacturing industry), cottages, tiny houses, or another affordable style packed in together without yards. The average parking space is 180 square feet; the average studio apartment is 500 to 600 square feet; and three parking spaces are 540 square feet.

It would require multi-use zoning in these lots to build housing. Ideally, there would be no minimum space requirement between buildings to maximize efficiency. If that makes NIMBYs mad, too bad. They strangle our country’s GDP with their protectionism. The lots would still have parking spaces for customers and residents to use. The property tax on these cheap houses would be significantly lower than a house with more land; there’s even the idea that housing could be built within parking garages within cities that’s worth exploring. However, with these low-to-the-ground types of housing, there wouldn’t be a need to change height regulations for new building projects.

This wouldn’t be a magic solution to cure the death of shopping malls. Fortune reported in 2017 that 20 to 25 percent of them could close in the next five years. Although not the main intention, the shift in zoning could soften the blow. If those stores are the closest to where someone lives, then the odds of them patronizing the store increase. There’s a reason why Walmart allows RVs to park overnight in its lots. It’s an issue where the limited government crowd should be able to find support in urban communities because they have an opportunity to help the working class cost-effectively; they can find common ground with progressives and populists against the red tape hurting millions of Americans.

It’s also a place where people have an opportunity to make a difference by getting involved with local government by running for office or appealing to their local zoning board instead of letting some weirdly statist townies make up the rules.