Cats of Christmas Past

Old age agonies and dinners of cold Christmases spent on the streets of Washington, D.C. 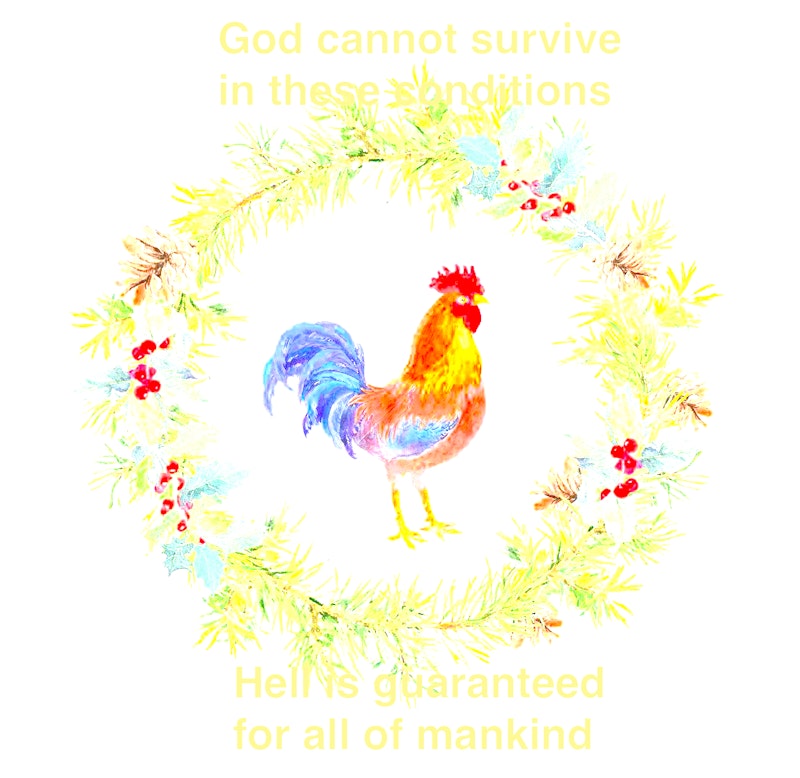 I’d like to send a message of Christmas Love despite the sorry state of my physical body. Oh, my carcass… my burden… my mind has never come to terms with its flesh and feather prison. I may be older than you, much older, but don’t think for a second that our pains do not compound every decade just like yours. Just because I’ve lived through millennia doesn’t mean my clock has been readjusted accordingly. I feel my age every moment: indescribable pain. Memories and intrusive thoughts that don’t recede but merely grow with time. I’ve only begun to process my trauma from Guantanamo Bay 2016, let alone the centuries of violence and unrest I’ve had to live through. I’m like one of those idiots in the basement at the end of the new Suspiria, begging Queen Witch Dakota Johnson to give them the sweet release of death. But, unlike them, I’m not grievously injured and unable to die. That movie really scared me… kept alive long after your spine has been reversed and your intestines have distended. Nerves intact, alive and flailing in agony, one would think the mind would get used to such sublime torture… no, this film says, this torture is eternal and endemic to our earth. These women walk among us.

Can you blame me for staying inside? I’m old, tired, and sick of doing things. I don’t often find joy in my work and even more disturbingly, I’m struggling to hang onto a sense of purpose and a meaning to justify my life continuing. Does the world need more writers? More books, more novels? More op-ed columns? Albums? Films? Sexually perverse photography displays involving tennis racquets? I’m not sure. Maybe not. Then again, Liverpool teachers told the same thing to teddy boys that would reach the apex of the canon by the end of the 1960s.

I never saw The Beatles, nor did I meet any of them (as far as I can recall—the mid-1970s were a blurry time for me, as I understand they were for John Lennon). But I’ll admit I was skeptical at first. I was also preoccupied with… elements of the national tragedy in November but I watched dutifully along with everyone else in early February when they made their debut on Ed Sullivan. “Voice leading? Parallel fifths? Emphasis of the harmonic third in the bridge? These kids are going nowhere.” Monica was so besotted by The Beatles that she made me repeat my statement into a dictaphone, for posterity, so that history would prove me wrong in a matter of hours.

That Christmas was one I remember however: Monica and I were swaddled on the sidewalks of this nation’s capital, posing as bums and doing our best to avoid military service (you people never talk about the animals enslaved in war. Please, do better). Vietnam was on the horizon but I was over prepared and perhaps a little too cautious—convinced a draft was imminent (our Bishop would give us over as food, ensuring death, without even the potentially honorable opportunity to fight and die or survive for this fucked up country). I sold the barn to Bennington because he was ineligible for service—sorry for another aside, but I must: the military never told me why my cousin was disbarred, in fact all they would say was, “He was simply too hot to handle… one day you’ll understand.” Still waiting over here, Uncle Sam).

It was around this time on Christmas Eve, seven p.m., that we lost our bindle. What little we had—‘ludes, lube, LSD—was gone. It was freezing and there were no televisions to distract or heaters to sleep under. So we entwined our bodies into a bizarre contortion we’ve never been able to recreate or even come close to. It was like tantric, or karmic connection or whatever it’s called, that thing Sting does. But we weren’t having sex—it was like our bodies merged out of necessity, and only the strongest of loves could access that survival mechanism. We didn’t say a word to each other, but we were warm for the rest of the night, and had quite a nice Christmas breakfast, lunch, and dinner at Ben’s Chili Bowl that holiday in 1964 (Just kidding—we stole a cat. Belated apologies to the Morrison family).

And here we are together again, on Christmas Eve 2019. We can’t do that swaddle, we haven’t even tried for years, but we’re warm, and we’re together. Our favorite music is on, and we’re comfortable. And we are, as always, in love. And that will never change. Merry Christmas to you and yours.