I hope you all got food poisoning yesterday. 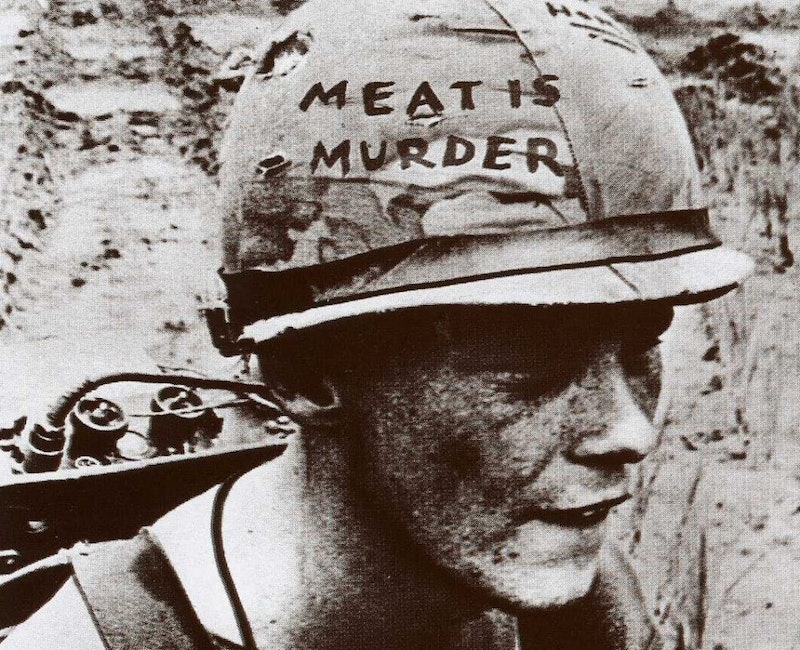 Do I hear cackling? Or crackling? Frizzling, sizzling? Is that cooking I smell? I think it is. Smells like… ah, yes! I recognize this smell. It smells like murder today. You people make me sick. Every year, a ritual massacre of birds for feast. A holiday based on false premises and empty promises. Columbus never ate with the “Indians,” he just killed them. And he was Italian, so it was probably a big production. Christ… that’s who they thought was on their side, some son of God. Yeah, well, the indigenous people of this country were practically one with the Earth. Maybe the cliché about ancient Indian burial grounds being cursed isn’t just a myth. By the way, it’s not like there are designated burial grounds for the Native Americans. There isn’t an area where their remains and affects are memorialized and stored, as with the veterans of Vietnam or those buried in Arlington. No, there isn’t just one place where indigenous blood floods the foundations of buildings and roads. It’s everywhere. You’re standing on it.

Society is based on a shared murder. The United States only exists as we know it because of genocidal conquerors from Europe. They were “civilized,” removed from this Earth, influenced by false idols and papal overlords. The Vatican is its own country for a reason: it has its own rules, and those rules are man-made. The universe doesn’t care who controls this or that plot of land anymore than it gives inherent value to certain individuals over than others. Was Henry V any more of a human being than “Tom O’Bedlam”? Was Marie Antoinette any more deserving of her throne or her wealth than Joan of Arc? Of course not—in the 21st century, these are obvious truths. We’re not dumb anymore, groping around in the dark in search of light. For millennia, mankind looked to God for light. Now, no one goes to church. They go to the cinemateques and penny arcades on Coney Island, and now they’re even using their hips when they dance, I hear. What is this runaway libertinism?

It’s the sign of a culture in decline, an empire about to fall. I’ve lived for a long, long time. I’ve seen so many “great men” fall by ignoble means. I remember speaking with Ernest Hemingway shortly before his suicide, and on this Thanksgiving weekend, let me confirm some rumors for you: he was a misogynist, and he was a tortured homosexual. I don’t want to say he made the moves on me, but sometimes, when you’re a bird and people pet you, sometimes, well, you can just tell. He wanted to fuck. I left without finishing my Scotch and soda, and two days later he was dead. Good riddance—I always thought he was a shitty writer anyway.

Don’t eat bird meat. Don’t talk to me if you do. Just know that I hate you and wish you and your friends and family all the worst this world has to offer. And long after you’re gone, I will still be here. I will always be here. If I go, the world goes with me.