The city is jittery and fearful. 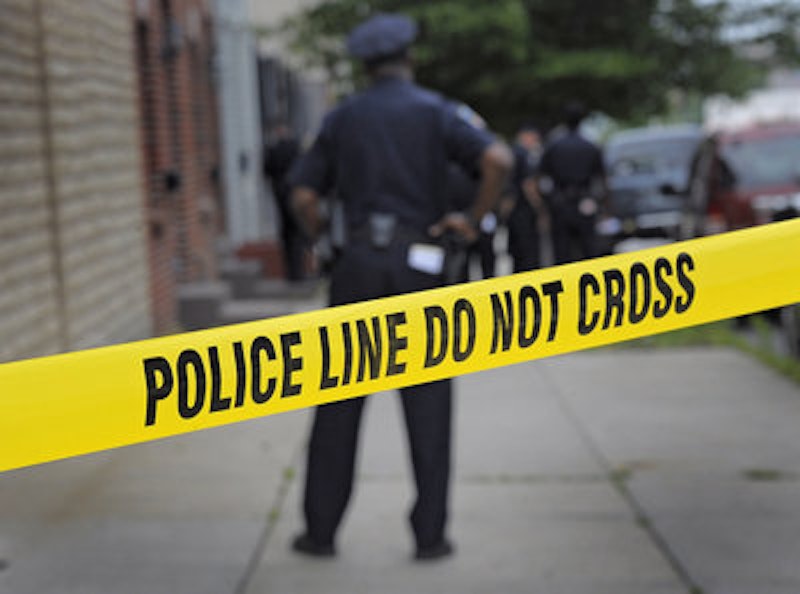 A trip to the moon in a spaceship strapped to a tank of combustible rocket fuel is safer these days than a leisurely stroll through one of Baltimore’s showcase neighborhoods. A walker, a jogger, or a visiting tourist, for that matter, is just as likely to get socked on the head with a baseball bat as enjoy a cone of ice cream or a zesty taco on a fall night in the Inner Harbor.

The new danger zones in Baltimore are any neighborhood that exudes the sweet smell of success, and valuables—Federal Hill, the Inner Harbor, Mount Vernon, Homeland, and even, oddly, in the area around the courthouses, which are notorious marketplaces for peddlers of misdeeds. But, yes, crime and criminals still stalk the city’s less appealing neighborhoods, too, though it’s a different constituency that suffers and a different catalogue of crime statistics.

What’s happening in Baltimore’s pricey zip codes revives a mode of criminal assault and a descriptive word that was in popular use three decades ago—“wilding”—though it traces back to the 16th century. Back then, it applied to wild flora and fauna, uncultivated and not domesticated. Its contemporary usage has come to mean “unprovoked gang assault on a stranger.” A stroll through Baltimore is a walk on the wild(ing) side.

Wilding sprang up in headlines in 1989 when a marauding gang of juvenile males allegedly brutally raped, assaulted and sodomized a jogger, Trisha Meili, in New York’s Central park. Dubbed the “Central Park Five,” the four blacks and one Hispanic were tried and convicted of robbery, not rape. Their convictions were vacated in 2002 when the real rapist confessed, and his DNA confirmed the admission. The City of New York settled a false arrest case for $41 million.

Nothing so vicious, or at the same time so wrong-headed, has occurred in Baltimore—yet. But as the city has just surpassed the dreaded bad-to-worse demarcation line of 300 homicides (303 as of this writing)—the highest per capita in the nation—the entire town is jittery and cowering with the feeling that no place is sacred or safe. Even walking a dog after dark is a risky adventure. The dog might return home alone while the owner lies battered and bruised in a gutter.

Harborplace, once the city’s premier tourist attraction, has always been a magnet for gangs of juveniles, especially on Sunday evenings. Increased plainclothes police presence failed diminish the attraction until the twin pavilions’ ownership decided the safest preventive and less costly course was to shut down the entire enterprise at six p.m., on probably its busiest night.

Wilding in Baltimore has police and social workers baffled and at odds. The cops blame the courts for leniency and rigid age-rules for dealing with juveniles no matter how grievous the offense, short of murder. The opposite extreme fixes the blame on the lack of exposure to a better way of life, as in one recent report a field trip downtown to see a Shakespeare play. The charitable implication, of course, is that such a munificent gesture would help keep mischievous juveniles off the streets and engaged in an uplifting diversion.

The immediate police response to the new wave of wilding, after viral exposure of a bloodied, bruised and blackened-eye female victim, was the interposition of plainclothes policemen at Federal Hill, gentrified neighbor of Cherry Hill. It used to be argued that heavily trafficked neighborhoods were among the city’s safest havens. No area of the city is host to more foot-traffic than re-born Federal Hill.

Arrests, and so far, there are few, include teenage girls as well as males, and, according to Police Commissioner Kevin Davis, many of the gangs include repeat offenders. (Cell phones appear to be a desirable trophy grab among the female gangs. One unofficial observer speculates that gangettes are members of a gang, or club, whose initiation includes assaulting a stranger and taking and presenting their captured cell phone as a rite of entry.)

One important question that has yet to be discussed is whether marauding gangs of juveniles are arguably the newest trend in street-crime activity. Consider that a couple of years ago the same result was accomplished with the help of dirt bikes, wherein attackers would run down victims with bikes, loot their valuables and ride off into the anonymity of darkness. Dirt bikes were eventually confiscated and outlawed, and a new (but old) mode of attack, out of necessity, was introduced.

Before assault by dirt bike, carjacking was a favorite method of criminal intervention into orderly conduct whereby a victim was attacked at a vehicle, preferably a shiny new Beemer or Benz, and ordered to drive to an ATM after being stripped of valuables, including a wallet full of identifying cards. They, fortunately, were the lucky ones who were not beaten, locked in their trunk, driven for hours and, finally, dumped in an alley or cornfield miles from home. Within the past week, a man was carjacked and beaten outside a Baltimore synagogue after depositing his child at school.

Many neighborhoods have taken safety and deterrence into their own civilian hands. A few years ago, a young Jewish man landed in the soup for his forceful deterrence of a black youth. Eliyahu Werdesheim was convicted of beating a black teenager when responding to a suspicious person report by an Orthodox Jewish neighborhood watch group. Block watchers, neighborhood watchers, increased police presence, street patrols, private security guards, special tax zones—all have been employed to fortify the city against criminals, young and old. None has provided a long-term or effective solution. Baltimore’s an undeclared war zone.

Comes now Mayor Catherine Pugh, over the hill after the battle to shoot the dead, with an order for an eight a.m. muster at police headquarters of 30 city department and agency heads for a daily exercise on crimefighting. That plan includes cutting weeds, covering lead paint, shutting down drug houses and distributing job applications. Pugh believes that juvenile offenders do not belong in jail, and her approach is that improving their neighborhood environment will brighten their behavior. It would appear, though, that the benefits from wilding, such as Rolexes and smart phones, are greater than a paycheck from a burger joint or a construction site.

“Violence in the city is out of control,” Pugh said at a news conference where she unveiled her plan. “I want every neighborhood to know I am extremely concerned and focused on reducing violence.” Pugh also wants the private sector to pony up $10 million to expand the city’s anti-violence program, this on top of $350 million she says is needed to cure homelessness. Pugh has a way of feigning action by passing the buck as well as the bill. It might take a village, but it also requires the determination of the juvenile muggers. Commissioner Davis has a point: Nip errant behavior where starts—in the home.