Hope is no longer alive in the city. 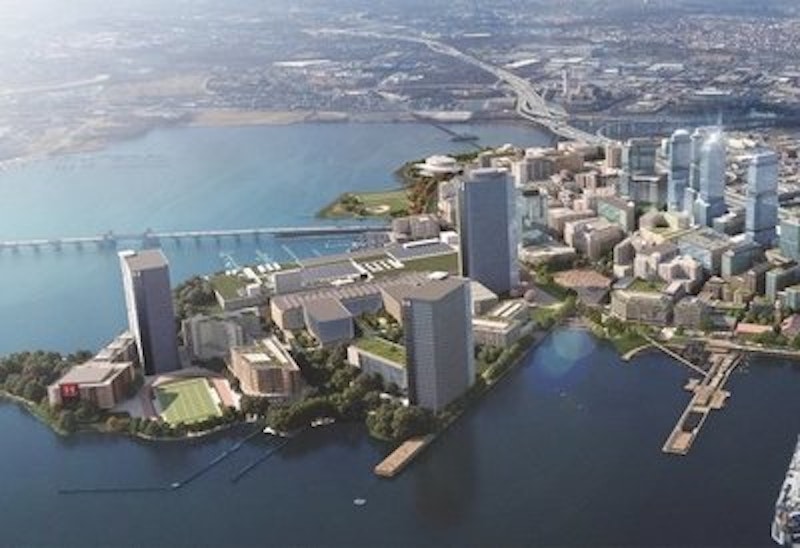 There are 237 reasons why Baltimore likely won’t win Amazon’s bidding war for a new headquarters campus. There are 238 bids. The remaining reason is the city itself.

Jeff Bezos is not a social worker. The Amazon founder and CEO is an entrepreneur and from every indication a tough taskmaster who demands near perfection in his enterprises. So, this is no trash-dump on our beloved city of Baltimore. It’s a civic love song to Charm City to get it together and live up to your pet name or be ready to accept the heartbreak of rejection with no excuse but yourself.

A businessman with a social conscience was what Mayor Catherine Pugh must’ve had in mind when she wrote in Baltimore’s application letter to Amazon: “Only at Baltimore City’s Port Covington can Amazon transform a major U.S. city, enact generational change, and do it on your own terms.” Pugh, in effect, is asking Amazon to rescue Baltimore from its helpless self. Pugh’s statement is almost an act of official surrender.

That, alone, is a frank admission that Kevin Plank, Under Armour CEO and proprietor of much of Port Covington, would serve as a better ambassador to the wonderful world of money than either she or Gov. Larry Hogan. Plank has the chops and the checkbook to go one-on-one with Bezos at a South Baltimore tavern and cut a deal. All Hogan offers are more roads and tax breaks, which Bezos doesn’t need. The Red Line, or some re-routed variant, if it hadn’t been junked, would have bulked up Baltimore’s calling card. Pugh has nothing to give but the impecunious city itself.

Pugh’s phrase, “do it on your own terms” is bothersome. It has the discordant sound of desperation, as if Baltimore has abandoned all civic pride, which on second thought it probably has. But another reading is also true. On-your-own-terms suggests that Baltimore is willing to surrender its identity and become a company town such as Seattle is to Amazon, Wilmington is to DuPont, Detroit is to cars and the District of Columbia is unto itself. It’s true that Amazon already has a presence in Baltimore, a huge warehouse—oops! fulfillment center—in an eastside industrial zone that’s powered by robots and not many human beings.

Bezos, who also owns The Washington Post, proposes to spend up to $5 billion to establish a second Amazon headquarters—HQ2—that will employ about 50,000 people in jobs that pay $100,000 or more. The announcement set off a scramble that drew 238 responses from all but seven states, many cities, territories and even countries. Baltimore submitted one of at least four proposals from Maryland. The operative economic development strategy is compete, don’t fight, but let’s get the project to Maryland, no matter where in the state. The public is not privy to the details in any of the offers from Maryland.

When corporations seek to relocate or expand, business taxes are not very high on the list of considerations, as some would suggest. Companies and their executives are more interested in quality-of-life factors such as workforce, education, housing, medical facilities, transportation and cultural offerings. The Q-factor is where Baltimore may not meet the mark.

Port Covington, in South Baltimore, is a terrific location, a long-neglected area that is a hangover from Baltimore’s industrial glory days. But it’s on the move as home to Plank’s Under Armour campus and wide open for expansion and development. It’s 15 minutes from BWI-Marshall Airport, where Bezos can park his private jet and have great highway access to his $23 million crash pad in the District—the biggest house in DeeCee in the Kalorama section, along with Former President Obama and Ivanka Trump as neighbors.

Maryland brags that it’s host to the largest collection of Ph.D.’s on the planet with a highly-educated workforce because of the cluster of colleges and universities along the I-95 corridor as well as the concentration of government installations (16) in Maryland. Yes, but no. It’s a safe wager that 99 percent of those high-IQ achievers live outside of the city and already have top-paying jobs. Baltimore’s immediate talent pool is largely ill-equipped for executive positions and does not measure up for the $100,000 income bracket.

But local taxes do matter to employees. Amazon’s presence drove up the cost of housing significantly in Seattle, as high-tech industries have in other towns such as San Francisco and Boston. Property taxes in Baltimore will eat up a $100,000 salary in a hurry. Property taxes on a $600,000 house, or condo, for example. are $12,000 a year, another downer in the Q-factor. (Six Zip codes support the entire city.)

And executives with six-figure salaries would necessarily want children enrolled in private schools because of Baltimore’s dismal public-school system. The combined taxes and private-school tuition make living and working in Baltimore a questionable arrangement for young suit-and-tie employees on the way up.

Many young couples who start out in the city are forced to flee to the suburbs once their children reach school age because they can’t afford private school tuition. (Tuition at one top private school is listed, progressively, at $25-29,000 for this school year.) These days, $100,000 can’t cover a mortgage, taxes and tuition, even in a down-at-the-heels town like Baltimore. And don’t forget, there are an estimated 14,000 vacant houses waiting to meet their demolition crews.

Amazon’s trolls will discover the discouraging headlines out of Baltimore, so revealing them is no act of hometown betrayal. Baltimore’s crime scene is another turn-off. The city’s on track to retain its standing as the deadliest in the nation, with more murders per capita than any other. What will the folks at Amazon think when they read that the rent-a-bike industry had all of its cycles stolen from jimmied lock-racks, when cops are heading for the slammer for rousting hapless citizens, when the city’s death-rate from opioids is soaring, when businesses fear to locate here because of the threat of destructive riots. Simply put, these are probably the reasons Pugh is begging Amazon for a financial and social lifeline.

Medical facilities: check. Cultural activities: Meh. First-rate, symphony; second-rate theater, and, with a few exceptions, third-rate restaurants. Professional sports this year, not very encouraging. But there’s good jazz around town, if you can find it. And the Pratt Library system is first-rate as are the museums and galleries. Harborplace used to be for tourists, now even they know better. Little Italy is slowly disappearing. Harbor East, Federal Hill, Fells Point and Canton are hangouts for Millennials.

At about the same time the city’s Amazon application was dropped in the mail, Pugh released a study on homelessness in Baltimore, ahead of the winter weather. Pugh guessed, using borrowed figures, that there are an estimated 3000 homeless people in Baltimore. And in a stunning statement, Pugh put the price tag of ending homelessness in the city at $350 million—every dime, she thought, should come from the private sector. (It’s Pugh’s habit to pass the buck as well as the responsibility.) Every major intersection in the city is claimed and populated by the homeless, with some (i.e., MLK Blvd.) resembling major encampments like modern-day Hoovervilles.

There was a time when hope was alive in Baltimore. But that seemed to flicker and vanish with the expiration of Freddie Gray and the ruins that followed, visible day and night for weeks on national television. It’s one of those ironic turns of the screw that the very people Amazon’s presence would help form the same destructive force that renders the city unattractive to a rescue mission by outsiders. Grow up, wise up, man-up, get a life and be responsible for it. Most of all, learn to recognize opportunity when it jumps up and kicks you in the butt.