Catherine Pugh is the wrong mayor at the wrong time. 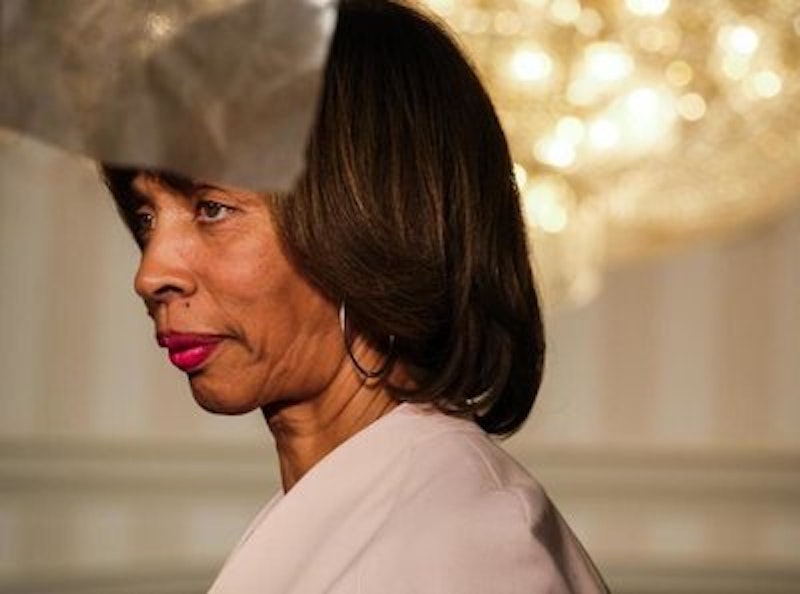 When Gov. Brendan Byrne (D-NJ) was the top prosecutor during the 1967 riots in Newark, he patrolled the city’s killing streets with a shotgun and, according to his recent obituary, oversaw the processing of nearly 1500 arrests. In Baltimore, Mayor Catherine Pugh, faced with the nation’s highest murder rate and a steady script of bad news, has hired a $240-an-hour public relations consultant to “change the city’s narrative.”

Between then and now, readily acknowledged, attitudes, Justice Departments, policing, capital punishment, population and long list of other social phenomena have changed—much of it for the better—but a couple of things haven’t. The drug trade is still enormously profitable, life on the streets is cheap and, according to pedagogy on the subject, it’s impossible to alter basic character. Add to the list a city where greased palms are included in the cost of doing business. Motion is not action, and replacing police commissioners—eight since 2000—as Pugh has, won’t do the trick. But at least we now know that Pugh has a pulse.

The recent telltale rap sheet on Baltimore’s civic woes has played out for months on the nightly news, and social media, like an apocalyptic drama in a Third World tribal war—a psychotic patient dumped by a hospital into a frigid night wearing only a hospital gown and socks; a hundred water main breaks clogging traffic (nobody’s fault but old age); kids huddled in hooded parkas for lack of heat in schools and the ultimate shutdown of the school system for boiler room repairs; the city’s soaring murder rate, 343 last year. And Baltimore is, once again, the nation’s infestation capital—bedbug heaven.

And now, the unkindest cut of all, which was not unexpected by social realists: Baltimore failed to make Amazon’s cut of 20 cities under consideration for its $5 billion second headquarters. But, thankfully, Montgomery County did, so at least Maryland has a shot at 50,000 new executive jobs and all of the collateral benefits that arrive with them. Quick with a predictable knee-jerk was Maryland Gov. Larry Hogan with the proffer of a $5 billion incentive package, which Amazon surely doesn’t need if it’s willing to spend $5 billion of its own money.

The only recent grace note in the lugubrious recitation of municipal ills was the inclusion of Baltimore by The New York Times on its annual list of 52 places to visit. And that was mainly because of this spring’s expanded Inner Harbor light show and a few other oddball attractions that Times editors consider quirky or, you guessed it, charming.

So, just what, it is fair to ask, is Pugh thinking by hiring a flack to change the city’s narrative—her word—when it doesn’t take a degree in social science to understand that it’s the city’s behavior that needs modification before the story-line can change like a re-make of Clockwork Orange. No citizen expects Pugh to skulk through West Baltimore toting a shotgun like a born-again Annie Oakley, but we’ve been though government by sloganeering and press releases before.

Under William Donald Schaefer we became “Baltimore’s Best.” Under Kurt Schmoke Baltimore became “The City That Reads.” Martin O’Malley’s attempt was “Baltimore: The Greatest City in America.” And when that didn’t catch on, it morphed into simply, “Believe.” And, if memory serves, Stephanie Rawlings-Blake commissioned a $240,000 PR study that produced the slogan, “Baltimore, Get In On It.” Somewhere along the trail of discarded slogans, “Crabtown” became “Charm City.”

Pugh even responded to a critical front-page story with an opinion piece in The Washington Post. In it she said: “For too long, Baltimore’s narrative has been defined by murder and the conditions of hopelessness and desperation that fuel violence on our city’s streets. Wherever they travel, Baltimoreans are confronted with questions about crime and violence first… I am convinced that our challenges are not greater than our determination to change the trajectory of lives at risk, and to write this new narrative.” The op-ed must be the flack’s first offering at changing the narrative.

Baltimore’s narrative is a daily reality check. The more compelling story is that Pugh might be the wrong mayor at the wrong time. She’s a chatty low-talker whose passive-aggressive style of governance is out of sync with the demands of what is becoming a schizophrenic town, borderline lawless and the other half terrified. Even some cops are in on the corruption grab.

Right now, there’s a huge investment in Baltimore with cranes poking the skyline, but the development and the economic movement surrounds the city’s waterline, leaving vast acres of abandoned, boarded up houses at the city’s center as bivouacs for drug activity and assorted other illicit behavior. The major deficit in Baltimore is jobs—at the skill level of manufacturing for which the city was once famous.

If, for example, Amazon’s new headquarters will be built around executive positions, it was unrealistic to expect the selection of Baltimore because the city lacks the educated workforce of, say, Montgomery County, which has the highest concentration of PhDs on earth. (Amazon’s founder, Jeff Bezos, is an increasingly visible presence in the Washington, DC, region. He owns The Washington Post, a $20 million mansion in the District and is becoming a social circuit regular. Amazon’s top 20 picks also included the District and Northern Virginia.)

Relocation experts couldn’t give a fig about taxes, or financial incentives, for that matter. More fetching for them is a location’s quality of life—the Q-factors—the sum total of everything about a place—educational opportunities, cultural activities, workforce, housing, medical facilities, leisure and recreation, public transit, overall transportation system of roads, rail, air and water. The cumulative of all of the above is likely why Baltimore failed to make the measure. Amazon has promised to reveal the city’s report card. For if crime alone were a negative determining issue, Newark and Chicago would not be among Amazon’s choice 20 sites.

Pugh has demonstrated little get-up-and-go of her own and often appears eager to pass on the city’s problems to others. Her recent exchange with Gov. Hogan is noteworthy. When she complained that Baltimore needed double the state money for school maintenance, Hogan shot back that the city returned more than $60 million in unspent funds for that very purpose.

Schools, and not taxes or crime, are the root of Baltimore’s problems and a drag on its population. Young people may settle in one of the city’s re-born or gentrified neighborhoods for fun and good times until they decide to start a family. And then, if they can’t afford private schools when children reach school age, they re-pot to a neighboring county with decent schools.

So, budgeting for schools has become a main point of tension between City Hall and the State House. Baltimore spends double or more per pupil, more than $17,000, than any other subdivision. And there’s more on the way, though a new school spending program that’s been delayed while formulas for poor subdivisions (Baltimore) are tweaked. New and updated schools are a terrific inducement, but it’s tough to teach kids who were born to mothers on crack cocaine, who grew up in fatherless houses filled with lead paint, who’ve never seen a book before starting school and who go to school every day on an empty stomach.