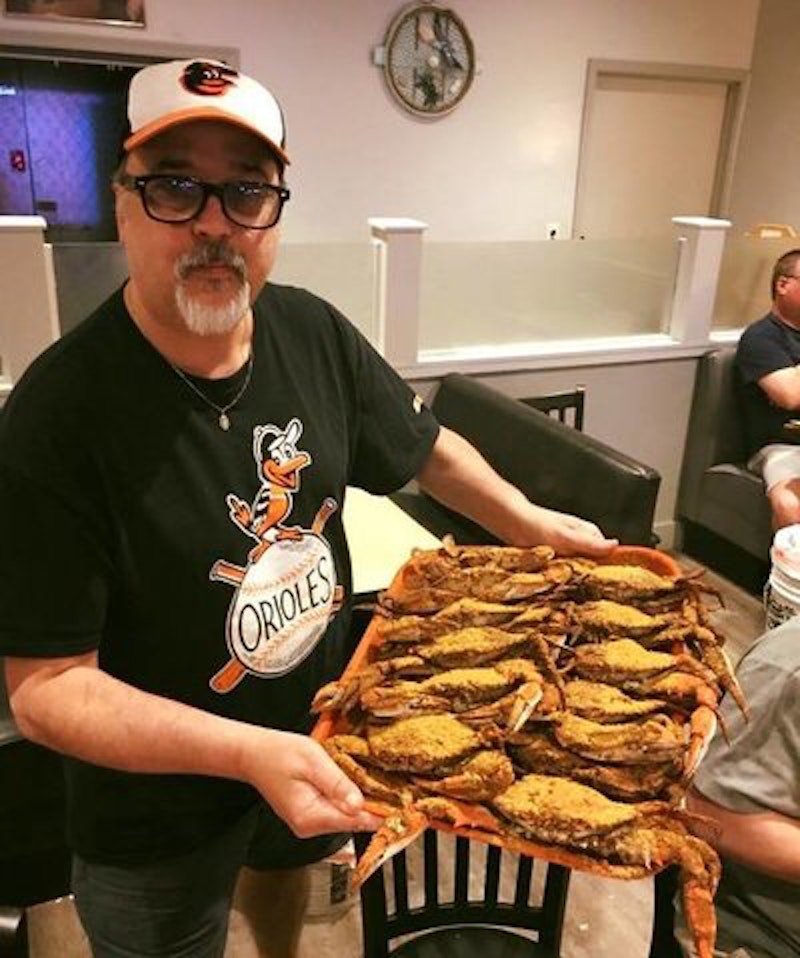 I first met Rafael Alvarez in the mid-1980s in a basement radio station, then WCVT, now WTMD. The radio show he hosted was part of Towson College, now a big-money, teeming university. I read poetry live on air with other poets. I didn’t see Rafael much in the years that crept by, but did follow his articles in Baltimore’s daily The Sun. Twenty years ago his first book was published. In celebration, and commemoration, his new offering, Stars in the Fountain of Highlandtown, bears testament, to deliver a reader deep into the inner sanctum of Baltimore. A city steeped in personal struggle with a slight inferiority complex. A place that was once an industrial giant with the Bethlehem Steel factory, Domino Sugar, and Proctor & Gamble among the top dogs in town. A geography of ethnic neighborhoods with imaginary borders. Baltimore was a Tinytown then. A place of sacred myths, fables, and legends. And some small-town tall tales too.

It’s a place Alvarez calls “The Holy Land,” where a Little Tavern slider was as natural as an Oriole sliding into home plate. Uncommon as a Coney Island hot dog at the G & A Restaurant in that self-proclaimed Holy Land. A magic place in a spiritual stewpot of Spanish, Jewish, Italian, Greek, African, Polish, Catholic, Baptist and more, a proud heritage and history of flavors simmering along the Patapsco River to the Chesapeake Bay. A litany of old ways, old fashion, old days, and old school family traditions bump smack dab into the gospel and ever-changing hymns of modern times. In an age when respect, dignity and grace existed alongside faith, hope, and charity. A well-stocked bar and an endless buffet, where you must eat a little bit of everything in honor of the cook.

Every neighborhood in the Holy Land is a shrine, but none more beloved than the place of Alvarez’s birth. Highlandtown is still a bit worse for wear but standing proud in all its sacred glory. The ordinary meets the extraordinary with poetry, and fact blends into a smooth jazz of fiction. Where unpretentious statements and braggadocio spin the everyday, common occurrence whipped into a vivid vision of life’s impossible dreams. A religion of baseball, extended family, friends, lovers and strangers on the waterfront. Old salts and merchant marines, tug boat and seafaring men meld at Fells Point. Onward to a pub crawl conga line of pints and prayers. Getting right with god the hard way. From the altar of Memorial Stadium to the confessionals of taverns, dives, and neighborhood saloons. In places where Elvis was still king, and Billie Holiday sang of strange fruit. Coddies were as plentiful as communion wafers. A place of saints and sinners in a parallel universe where Crabtown is a hometown crowned Baltimore.

Growing up on Macon St., a young lad is nicknamed, “Ringo.” Johnny Winter rules, and Frank Zappa makes good, chopping wood with an electric axe. God gave us rock ‘n’ roll and we instinctively ran with it. Life was uncomplicated. Right and wrong was simple. It was easy living as true as the rowhouses that line the blocks and solid as the marble steps that lead through the doorways of those rowhouses into the rooms of a good story and down the hallways to a hole in the roof of a hard knock life. Rafael loves his Holy Land. His city could be Paris, Madrid, or Jerusalem. At the borders of his back alley, watching the daily world evolve, looking out the back door of Baltimore.

Earlier this summer I sat at a table drinking coffee with Alvarez in his basement kitchen. His table is the exact replica of my childhood kitchen table. A bright swirl of yellow Formica and shiny chrome deco legs. Two hometown boys jiving, reminiscing about the past in a land that was holy and may still be. We share a common past, more ritual than not. Our actions are the sacrifice made to survive the years. If you’re from the Holy Land, you know what I mean. If you’re not, you just can’t make that stuff up. A clutter of memories layered in thoughtful reflections like the shining stars in the fountain of Highlandtown.

If you want a taste of The Stars in the Fountain of Highlandtown, check out Rafael reading selections live at The Creative Alliance/Patterson Theater, 3134 Eastern Avenue, on Monday, September 18th at 7 p.m. In the Highlandtown Holy Land where it all began.