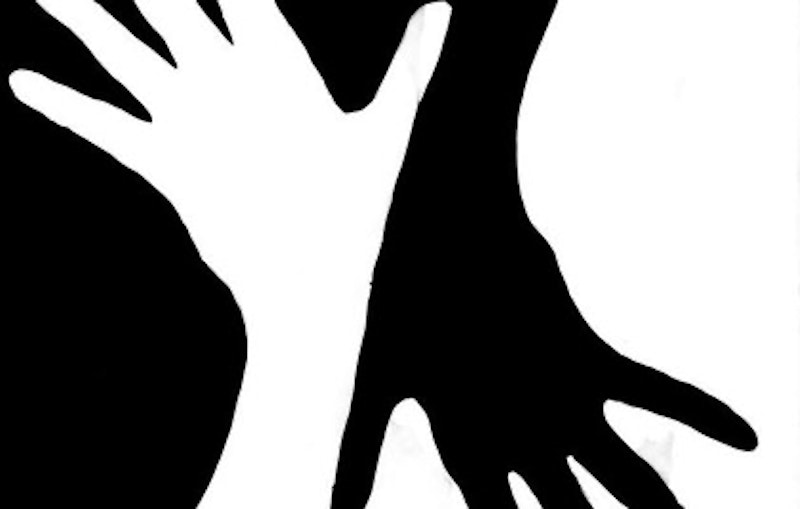 On Tuesday morning, around six, I went outside and was momentarily startled: on the front stoop were a bunch of white tree petals that I mistook for shards of glass. On any other day, I’d slap my forehead, goofy Gus, but it wasn’t even eight hours since Baltimore was engulfed in protests, violent confrontations, fires, the National Guard rolling in, and loads of social media reports—some true, some false—including one about the trashing of a hardware store not far from our house. Like anyone who lives in or around Baltimore City, I was rattled by the events. A few hours later, walking from my office in Charles Village (not far from Johns Hopkins University) to get a cup of coffee, I saw that a GameStop had been looted, and the owner was cleaning up the mess. Walking along, there were three young black men on the sidewalk who looked me up and down, and it was uncomfortable. Talk about weird: I take the same route almost every day and, aside from the odd raving lunatic spreading the word of Jesus in a peculiar fashion, nothing untoward happens. There’s an uneasiness in Baltimore right now, an air of suspicion, and it’s a very creepy feeling.

Later, I looked at Facebook, and there was a headline from a long-ago friend, saying, “I am so tired of White People right now.” The fellow is white, like me and I suppose almost all of the people who added their agreement in the comments section. I ascribed this sentiment to a sense of frustration, not only over the death of Freddie Gray, but all the scattered atrocities at the hands of rogue cops across the country. All of this is well-documented and it is—like the Baltimore cops who manhandled Gray and then were suspended, outrageously with pay—disgraceful. Yet the condemnation of white people at large was baffling, and it reminded me of the instantaneous anti-Muslim prejudice following the 9/11 attacks. It sickened me in the days and months following the collapse of the Twin Towers in Manhattan when immigrant cabbies—from countless countries, not necessarily Muslim—felt so threatened that they festooned their vehicles with American flags. Any reasonable citizen, I believe, knows that the vast majority of people living in this country—white, black, Asian, Hispanic, Russian, Irish, cops, firemen, what have you—are law-abiding men and women who do their best to live productive lives. Bigotry of all kinds exists, obviously, but at the risk of naiveté, I don’t think that defines the United States.

Baltimore’s mayor Stephanie Rawlings-Blake, a black woman, has not acquitted herself well in managing the worst civic crisis in this city since the devastating riots following Martin Luther King Jr.’s assassination in 1968. Rawlings-Blake last week didn’t want to mess with Baltimore’s Fraternal Order of Police, a powerful political organization, and so dissembled on questions about the cops involved in Gray’s death, which didn’t go over well. Failing to anticipate a volatile reaction at Gray’s funeral, she delayed calling the National Guard and then imposed a 10 p.m. curfew in the city lasting a week. The curfew, understandably, has enraged the food, beverage and entertainment industry, as employees at bars and restaurants are losing most of a week’s pay, while small business owners—for whom a lost week of revenue can be lethal—are up in arms. Ironically, a lot of these employees, of all ethnicities, are sympathetic to the protests, but now have their own predicament.

National politicians, of course, are injecting themselves in the Baltimore crisis. On Tuesday, Hillary Clinton spouted off a litany of homilies at—where else—a New York fundraising gathering. She said: “Baltimore is burning… It is heartbreaking. The tragic death of another young African-American man. The injuries to police officers. The burning of peoples’ homes and small businesses. We have to restore order and security. But then we have to take a hard look as to what we need to do to reform our system.”

If you can figure all that out—she’s on every side—well, congratulations. Sounds like another canned statement from a presidential candidate seeking donations and votes. And I don’t mean to single out just Clinton—her Republican counterparts have been either silent or filled with similar platitudes.

One thing is certain: if the officers involved in Gray’s death are exonerated at an upcoming hearing, this city will spiral into further, and worse, chaos.