What's the Value of "Street Cred"?

Loads, according to Baltimore’s City Paper. 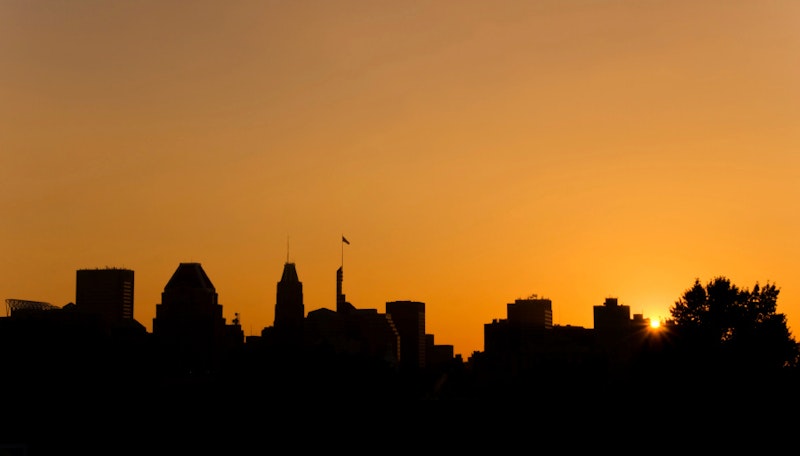 You’d never know that Baltimore’s City Paper is up for sale—and considering the near-complete disintegration of the once very profitable weekly newspaper industry, CP’s owners will be fortunate to unload the property for assumption of debts—judging by its annual “Best of Baltimore” issue, the old warhorse of “alternative” publishing that chugs on. This year’s edition, which, in a sign of the times, I found in a nearly full street box on N. Charles St. last Wednesday, is a fat one (224 pages; not the doorstop of years past, but impressive) and if the avalanche of full-page ads were sold at steep discounts, as might seem likely, that’s not a concern for the dwindling number of Maryland residents who picked up the print edition. And well worth it, for it’s a fine read, even if I cringe upon seeing “Whatevs” in a sentence.

City Paper published its first “Best Of” in 1984 (I was co-owner at the time with Alan Hirsch), an issue done on the fly after a summertime tutorial during a croquet match in Ruxton from Jim Larkin, then the owner of Phoenix’s New Times (and later the Village Voice Media Group), and it’s been an autumn tradition ever since. Frankly, I hadn’t paid much attention to recent CP “Bests Of”—it does get tired—but this year there was a cool, and new, photo of John Waters on the cover, so I took a gander. A catalog like this is bound to present huzzahs and gripes from readers—as opposed to the always-lifeless offering of Baltimore magazine’s version—and of course that’s the aim, or ought to be, of a weekly newspaper staff.

And so I was glad to see my old friend Fred Rasmussen, the obituary writer at The Sun, and a splendid fellow who, in his Newport/Nantucket/Old Baltimore garb, was especially kind to this writer when I toiled in The Sun’s library (or “morgue,” in 20th century speak) in the summer of ’76, named “Best Real Deal.” Unlike many of the reporters at The Sun and Evening Sun back then, most of whom were chasing that Woodward/Bernstein glory, and were dismissive of any employee lower than their station, Fred, with his infectious and sardonic laugh, and railroad obsession, was a welcome diversion. I was also happy to see another friend, local filmmaker Matt Porterfield, receive recognition for his film I Used to Be Darker; as well as nods to Mike Apichella (Human Host), Double Dagger and investigative reporter Mark Reutter.

I was kind of surprised to see that Tom Schaller, an irregular contributor to The Sun’s flailing op-ed page, win “Best Columnist,” not because I don’t read his essays (he’s a liberal, but a smart and reasonable one) but for the snub of Dan Rodricks, the biggest “star” The Sun hasn’t laid, or bought, off, and a fixture at Calvert St. since 1976. Haven’t seen Dan for several years—we got together with our kids four summers ago for an O’s/Yanks game at Camden Yards—but I’m fond of him and a generation ago we’d often meet up at the Brass Elephant or the restaurant Zingaro (or less well-appointed establishments) and gab about journalism and politics. When I ran CP, Dan took home awards in ’84, ’85 and ’86, but was left out in ‘87—no idea why, but as I was in the midst of negotiations to sell the paper, my mind was elsewhere—and, typical of thin-skinned writers, he didn’t speak to me for several years. It was very strange, but I was off to Manhattan to start New York Press and really didn’t give two hoots.

That was a digression, but I’d guess the current editors at City Paper will get the Rodricks cold shoulder: whether they care or not, who knows.

There was one entry, the very first as it happens, that did strike me as pretty weird (the charitable conclusion) or time-honored chip-on-the-shoulder (more likely) that was headlined “Best Reason to Live in Baltimore.” Plumping local “street cred anywhere else,” the blurb read: “Face it, we live in a tough city, and people not from here tend to assume you spend your time dodging bullets while stepping over nodded-out heroin addicts on your way to fighting muggers on the Light Rail to go meet up for a drink with Kima and Bunk… Alls we’re saying is, you might as well get some benefit from Baltimore’s rep, so hey, when you travel anywhere in This Great Land of Ours, remember, you’re from Baltimore, use it.”

The writer was joking around (sort of), but despite the national popularity of The Wire—which some idiotic political pundits think might have adverse repercussions for the equally idiotic nascent 2016 presidential run of speak-before-he-thinks Gov. Martin O’Malley—there’s some patting on the back going on here. I’ve lived in Baltimore for two different stints, grew up on Long Island and also dwelled in Manhattan for 16 years, so this is a pretty objective opinion: Baltimore, when even thought about, doesn’t rate in the danger zone with Chicago, Newark, L.A., NYC, D.C. and even Boston. (The writer did exempt Detroit.) Fact is, when friends of mine query about Baltimore, they usually say, “I hear it’s a great city, affordable, laid-back and historic.” Maybe a little condescending, but you get used to it. Could be generational—although many CP writers aren’t exactly twentysomethings—and though “street cred” strikes me as kind of bogus, well, that’s just tough toenails for me.