What is Sheila Dixon Thinking?

The disgraced ex-mayor of Baltimore ought to skip next year’s election. 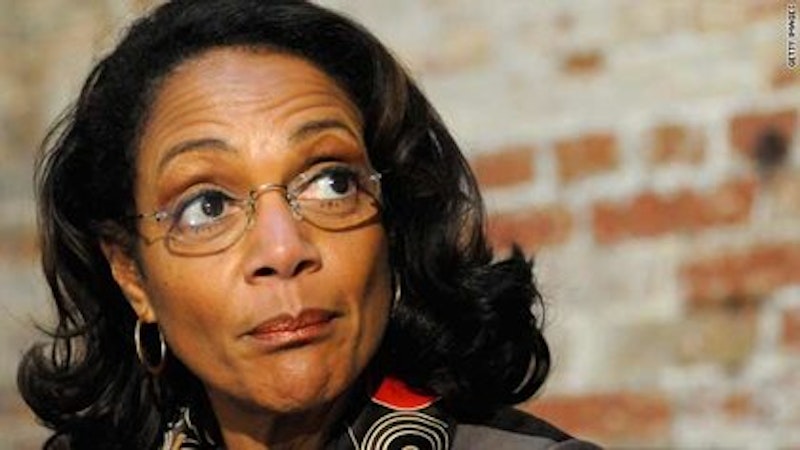 It’s been six years since Sheila Dixon was indicted and ultimately ejected from City Hall for abuses as mayor of Baltimore and three years since she completed her probation which included a prohibition from engaging in politics. Last week Dixon finally mustered the humility, fake or otherwise, to apologize for her transgressions, just in time for next year’s mayoral election when the incumbent, once her ally, appears vulnerable.

“I’m stepping out front to ask the citizens for forgiveness,” Dixon tweeted. “I made some bad choices. I am sincerely sorry. I believe the voters will trust me because they know my passion, my drive, my commitment and my love for this city.”

What the hell is Dixon thinking? Trust? Commitment? Love for this city? Americans are suckers for contrition. But just because Dixon, as mayor, donned orange coveralls and dangled from the back of a garbage truck doesn’t make her Mary Magdalene. If Dixon loves Baltimore so much she’ll continue enjoying her $83,000 a year pension and let the city figure a way out of this mess without the distraction of her resume.

Dixon has more baggage than a BWI-Marshall skycap. Google is Dixon’s worst nightmare. The trail of bad paper follows her around like a sleazy rap sheet. The voters may forgive (kind of), but with Google’s presence they’ll never forget. Here’s a sampler:

Dixon received gift cards from developers that were intended for the needy. But Dixon used them for herself, family and friends. The jury was asked to decide between theft and embezzlement—one or the other, but not both. A separate trial was scheduled for perjury for her failure to report the cards as gifts. The trial was cancelled as part of a plea deal.

At one point, Dixon employed her sister, Janice, on the City Council payroll as an aide and was forced to fire her because the nepotistic practice violated the city’s ethics code. The same sister was presumably at the center of an investigation into whether Dixon used her influence to steer city money to a company, Union Technologies (Utech) that employed her. The head of the company, Mildred E. Boyer, was indicted and pleaded guilty to filing a false tax return and promised to cooperate in the investigation of Dixon. The city’s ethics board cleared Dixon in a very narrow technical ruling. There was no complaint on which to act.

In a brazen example of her arrogance in full strut, Dixon was entangled in yet another embarrassing incident involving city money. Her former campaign chairman’s company, Ultimate Network Integration, was paid more than $600,000 without ever having a contract. The instruction to Dale G. Clark was to submit bills in increments of under $5000, a small enough figure to not require Board of Estimates’ approval and could skate by without scrutiny or question.

There was the revelation, too, during the trial that her boyfriend at the time, Edward Anthony, a recipient of one of the transactional gift cards, was awarded a $10,000 raise (from $70,000 to $80,000) upon assuming a job at the city’s housing department.

Dixon, as the immediate world learned, admitted to having a personal relationship (affair) with a developer, Ronald H. Lipscomb, who benefited handsomely from city contracts, zoning changes and tax breaks which Dixon helped to advance and vote for as City Council president (before becoming mayor.)

“In late 2003 and nearly 2004, I had a personal relationship with Ron Lipscomb,” Dixon said in a statement around the time of her trial. “We were both separated from our respective spouses at the time, [sic] we traveled together and exchanged gifts on special occasions. Our brief relationship was personal and it did not influence my decisions related to matters of city government.”

It was later learned that Dixon and Lipscomb cavorted on several lavish trips, one only hours after a beneficial vote, and that Dixon was the recipient of gifts, furs, airline tickets and hotel stays courtesy of Lipscomb or his construction company, Doracon, or both.

And finally, it’s impossible to overlook the image of Dixon, as a City Council member, removing her shoe and banging on her desk over and over again like a fitful child in a high chair, shouting, “Now the shoe is on the other foot.” That demonstration earned Dixon the sobriquet, “Shoeless Sheila.”

There are reams of stories and files about Dixon’s imperious manner and hubristic behavior, her violation of state open meetings laws and her surly attitude toward colleagues when she was a City Council member.

Nonetheless, Dixon is a proven vote-getter and 2016 is a novel year in Baltimore politics. Instead of the customary free-standing city election, Baltimore’s elections will coincide for the first time with the presidential year. The entangled elections could dramatically affect city voter turnout, historically low in mayoral years but dramatically higher for presidential elections. What’s more, if Martin O’Malley survives the presidential preliminaries until next April’s primary, his ground troops in Maryland will be out in full force with a secondary assignment, no doubt, to reelect his friend and ally, Mayor Stephanie Rawlings-Blake.

Rawlings-Blake has been under fire for her handling of the April riots following the death of Freddie Gray while in police custody as well as the dramatic increase in violent crime, especially shootings, in recent months. Rawlings-Blake fired Police Commissioner Anthony C. Batts, who had been viewed as a weak department leader and lacking in community relations skills. Dixon, with the unerring clarity of hindsight, said she “would never have hired Batts,” an opening shot at Rawlings-Blake, who did.

(As a point of history, traditionally the Baltimore City police commissioner had been appointed by the governor for nearly a century when the authority was transferred to Annapolis after waves of corruption in the department. But in the early 1970s, Mayor William Donald Schaefer insisted that as a signal of honor and trust, the appointive power should be returned to City Hall. Gov. Marvin Mandel warned Schaefer that he and future mayors would regret the transfer and the responsibility but he nonetheless agreed to Schaefer’s request.)

If there’s a competitive distinction between Dixon and Rawlings-Blake, it’s that Dixon relates to a broader swath of the black community than Rawlings-Blake, who is viewed as aloof. Blacks make up 69 percent of the city’s population and the black matriarchy is the decisive bloc in Baltimore’s vote.

Dixon was next in the line of succession to become mayor when O’Malley became governor in January, 2007. Rawlings-Blake succeeded Dixon as City Council president and later became mayor when Dixon was forced to resign in 2009.

So far, no white candidate has advanced a candidacy. In 1999, Stokes and Councilman Lawrence Bell, both black, provided a perfect opening for O’Malley to wedge into the contest as a late entry. With Stokes and Bell both damaged goods after personal revelations—Stokes with a bogus college resume and Bell for purchasing a new wardrobe with campaign money—O’Malley was able to slip between the two black candidates and win the mayor’s job. If this has a familiar ring to it, both O’Malley and Bell had been partners on crime fighting as Council members, and both ran for mayor as no-nonsense crimebusters.

Dixon’s political career is a story of self-inflicted decline and fall. It began and ended on an arc of moral and ethical lapses, greed and arrogance. It’s a train wreck that the voters may want to leave in an abandoned scrap heap instead of resurrecting it at City Hall.