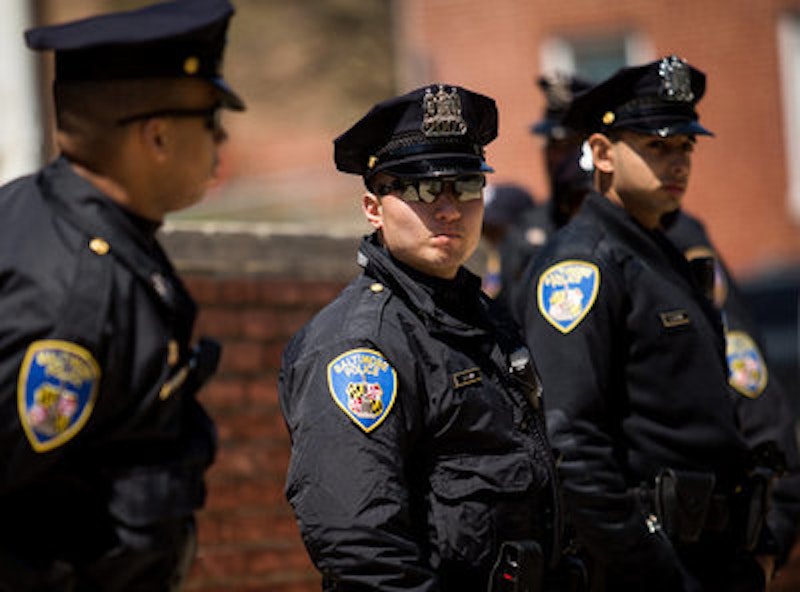 Baltimore’s name is being taken in vain. President Barack Obama mentioned the city two days in a row in an inglorious light. HUD has singled out cities such as Baltimore as national examples of de facto segregation that must be corrected. And the city’s police department is a national laughingstock of how not to fight crime.

And then there’s Ta-Nehisi Coates’ heralded Between the World and Me, a meditation on growing up in West Baltimore and being black in an America fashioned by whites, which with luck and timing seems to synthesize the moment and the misbegotten racial mess.

Obama, addressing the NAACP annual convention in Philadelphia last week said: “Places like West Philly or West Baltimore, or Ferguson, Missouri, they’re part of America, too. So we’ve to make sure boys and girls in those communities are loved and cherished and supported and nurtured and invested in.” Ouch!

The next day, at a news conference devoted largely to the no-nuke deal with Iran, Obama compared Baltimore with Chicago in a sidebar discussion about reforming the nation’s criminal justice system as a way of emptying prisons of costly low-level youthful offenders.

To underline the point, Obama the next day visited a federal prison at the Oklahoma flatlands, a first for a president. He repeated the refrain about giving non-violent offenders clean-start breaks by expunging their records. (The Maryland General Assembly has wiped out records of low level offenders who were arrested but never charged during Baltimore’s zero tolerance crackdown.)

And coincidentally, another White House report found that young people trapped in Baltimore’s impoverished neighborhoods face a lifetime of reduced opportunities and earnings, decreasing progressively for every year spent in deprivation.

And along the same timeline, HUD issued a directive that is intended to accelerate enforcement of the 1968 Fair Housing Act by compelling cities such as Baltimore “to take significant action to overcome historic patterns of segregation.” Put another way, Baltimore may be required to build acres of affordable housing in and around monochromatic neighborhoods as a way of breaking up segregated housing patterns. The intent is to encourage opportunity by placing people in better neighborhood environments.

HUD will require regular reporting by cities “to identify impediments to fair housing choice within their jurisdictions, plan, and take appropriate action to overcome the effects of any impediments, and maintain records of such efforts.” Enforced accountability means there’s no escaping the mandate.

Deep down in the HUD directive is a requirement that low-cost housing must be located near public transportation. It’s unfortunate that Maryland Gov. Larry Hogan (R) apparently did not read the ruling before he killed the Red Line transit link across Baltimore’s mid-section. It would’ve supplied the pathway to fulfill HUD’s order as well as billions of dollars to provide decent paying jobs.

Taken together, Obama’s observations and the HUD directive form a call to action that gets its impetus from a series of racial events that began with the deaths of unarmed black men at the hands of police and reached a public outcry with the gunning down of nine worshipers at a black church in Charleston. It peaked emotionally with the removal of the Confederate flag at the South Carolina capitol.

Meantime, crime and criminals stalk the lifescape like a menacing plague, shooting up society just for the hell of it. The Baltimore police commissioner has been sacked and replaced by his deputy as the debate continues over how to fight violence on the streets.  The nightly gunplay and body count, 170 homicides as of this writing, can be measured at the city’s cash registers—the abrupt downturn in tourism, restaurants and real estate transactions and ultimately the city’s treasury.

Obama, a former community organizer in Chicago, using Baltimore as a handy signpost, appears to have a unified approach to addressing social and economic inequities that infest large urban areas: improve lives by improving living conditions and opportunities. There’s nothing novel about the approach but coming from the president, and a black one at that, gives the moment cachet and urgency.

Working through the Justice Department and HUD, the Administration would force the replenishment urban housing stock and get rid of a system that tags youthful offenders with a lifetime criminal record that thwarts economic advancement. (Gov. Martin O’Malley (D) signed a law in 2014 decriminalizing possession of small amounts of marijuana.)

According to DOJ reports, the nation spends $80 billion a year on prisoners, $40 billion of it on inmates incarcerated for low-level crimes. There are about 23,000 inmates in Maryland’s state prisons where it costs about $40,000 a year to house a prisoner. In many states, prisons have been privatized and incarcerating people is a big, profitable business.

Much of this sociology has been tried before through Great Society programs in the 1960s and 70s and through local initiatives funded with federal block grants. In the 90s, for example, the Move to Opportunity program was conceived to subsidize the movement of inner-city blacks to the suburbs where better surroundings were expected to motivate economic mobility.

When the program was blocked, City Housing Commissioner Daniel Henson devised his own alternative plan: he used dynamite. Henson blew up the crime-infected high rises and passed out Section 8 vouchers that forced the redistribution of Baltimore’s concentration of the poor to outlying areas so that other jurisdictions could help absorb the high cost of poverty.

The Baltimore Police Department is the source of its own hemorrhaging, telescoping back to the 1860s when the power to appoint the commissioner was transferred to the governor due to violence and corruption before it reverted back to the city in 1976.

In the 1950s, for example, the General Assembly, in one of the rare times in its history, sat in grand inquest—as a committee of the whole with subpoena power—to investigate corruption within the department. Secret tape recordings of internal conversations were anonymously delivered to the home of a ranking city delegate and they became the centerpiece for the inquisition and the eventual dismissal of Commissioner (first name unavailable) Forrester.

In the 60s, as a result of a lengthy investigation by The Baltimore Sun, a committee of the International Association of Police Chiefs, was engaged to evaluate the performance of Baltimore’s police department. The committee’s director was Donald D. Pomerleau. The committee recommended the dismissal of Commissioner Bernard Schmidt and a complete reorganization of the department. Who better to carry out the assignment than Pomerleau, who, in a way, fashioned the report to create the job for himself.

In the 1970s, Pomerleau became the object of a General Assembly investigation into the undercover activities of his ISD, or internal investigation division. Pomerleau was accused of directing the ISD to spy on public officials during a time of civil unrest and frequent demonstrations.

Pomerleau, a former Marine colonel, refused to appear before committees of the General Assembly or to turn over ISD reports and lists, saying his was accountable only to the governor. Pomerleau gave the list of surveilled individuals and groups to Gov. Marvin Mandel (D), who promptly handed the sealed envelope to an aide with instructions to “get rid of this.” Pomerleu survived the threat of removal.

Now that Baltimore has been praised with faint damns, the sum total of the recent frenzied attention is a chance for the city resuscitate itself or to allow a bad impression to grow worse. But truth be told, the HUD directive appears to be another federal mandate on local governments without sending the money to carry out the order.