The city-owned hotel’s a money-losing clunker. 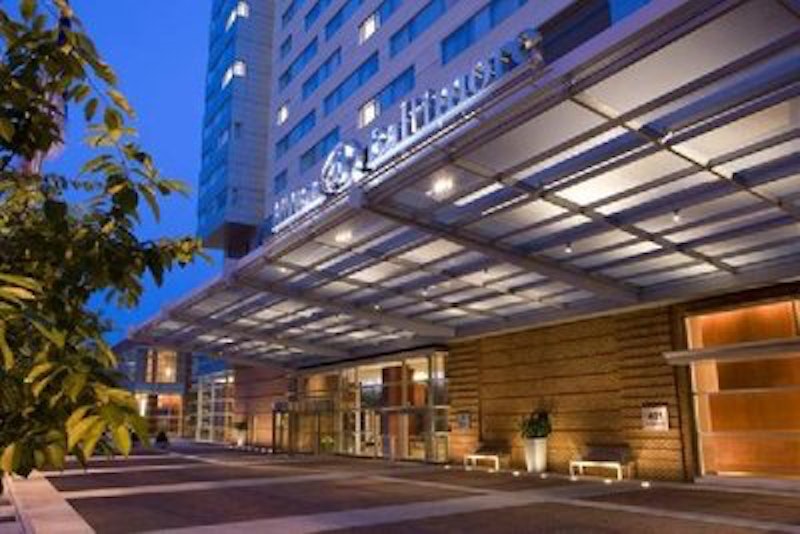 Here’s a novel idea for the ministers of influence at Baltimore’s City Hall: sell the money-losing, city-owned Hilton Hotel to finance improvements at parks and recreation centers instead of dumping four profit-producing municipal garages to raise the money.

There’s a simple but compelling reason why the trade-off makes sense: the hotel has lost $70 million since it opened in 2008, $5.6 million just last year, and the four garages combined generate $2.8 million profit a year. But, no. Mayor Stephanie Rawlings-Blake is hell-bent on unloading the four garages to private operators to raise an estimated $60 million as seed money for her $136 million long-range overhaul of the city’s 40 recreational centers, its pools and parks. Rawlings-Blake views the transaction as a quality-of-life issue that will help attract the 10,000 additional families she hopes to lure to the city.

Except that one-man gang and human Jersey barrier, City Council President Bernard C. Jack Young, is blocking the mayor’s proposal because he has other ideas. Young, instead, wants to build two new massive recreation centers, one on the east side of town and the other on the west. The garages that Rawlings-Blake wants to commit to the auction block are on West Lombard St., South Eutaw St., St. Paul Pl. and Water St.

Recreation centers and related activities in Baltimore are considered requisite social alternatives to street play and drug corners. They also fill the time-space gap left in the young people’s lives in many distressed families and are intended to keep youthful minds occupied. A few seasons ago, when the mayor announced the closing of four recreation centers due to a lack of funds, attorney and Orioles’ owner Peter G. Angelos came to the rescue and provided the money to keep the centers open for the summer. The city-owned hotel serves no socially redeeming cause except to provide competition to private owners and operators in a woefully under-utilized market.

The city-owned Hilton Hotel has been a clunker from the start. The 757-room behemoth was the brainchild of former Mayor Martin O’Malley, kind of a debtor’s bequest as he moved on to become governor. It was supposed to yield $7 million a year for the city, but instead has had seven consecutive years of losses. Its best year was 2013 when it lost only $2.9 million, according to reports. And last year alone the city paid $15.6 million in interest on the $300 million in tax-exempt bonds that it sold in 2008 to finance the project.

But the city has stubbornly resisted selling the hotel at the same time nobody can explain exactly why the city is in the hotel business to begin with. At the time, under pressure from labor unions to undertake the construction project, O’Malley refused to consider allowing private developers to underwrite and build what was conceived as a convention hotel.

Several private entrepreneurs, including the late Willard Hackerman and at least one out-of-town minority developer, advanced proposals but were rebuffed by the O’Malley Administration. The massive hotel was regarded, in the seamless roundelay of the tourism business, a necessary ornament if the city was to compete for more and bigger conventions and keep apace with the Convention Center expansion—the two magnets for convention business. O’Malley caved in to union demands.

As it stands, Baltimore is equipped to handle mid-sized conventions and not the larger gatherings such as national political conventions that attract as many as 25,000 people and require more accommodations and services than Baltimore offers. And as a tourist attraction, Baltimore is considered a pass-through state located on the way to destination cities such as Washington, DC, Philadelphia and New York. The one attraction in its favor, however, is the contiguous and compact stretch of hospitality and entertainment along Pratt St. and into Harbor East.

Baltimore has about 9000 hotel rooms, and its hotels average an occupancy rate of a tad under 64 percent, not a happy number across the hospitality business. There are four new hotels under development that will add another 400 rooms to the city’s expanding inventory. Still, no one has yet to explain convincingly why the city is competing as a hotel owner against Baltimore’s hotel industry.

Selling off municipal assets is no shame. In the 1970s, for example Mayor William Donald Schaefer, sold several of the city’s prime possessions to the state because Baltimore could no longer afford to support them—Friendship Airport (re-christened BWI-Marshall Airport), City Hospitals (now Johns Hopkins Bayview) and the Baltimore Transit System. And the state has assumed responsibility for other city assets such as the Baltimore City Jail and the Baltimore Zoo.

Rawlings-Blake would do better to unload the industrial-looking hotel to finance the upgrade of Baltimore’s recreational facilities and keep the garages as public property with a positive cash flow. And Young ought to skip the idea of two out-sized centers that could only add to Baltimore’s growing list of woes. Sell the hotel and cut the city’s losses.

Hooking up used to be as easy as calling the cops. Believe it or not, but an upscale brothel once operated from inside the Baltimore Police Department, and in the days before 911 a call to police headquarters could produce the phone number of a high-priced hooker.

An alert reader provided clarification and additional details of the relationship (ref. Sarasota Herald-Tribune—Google News Archive Search.) Two ranking members of the department’s rackets division, Inspector Clarence O. Forrester and Capt. Hyman Goldstein, were convicted of perjury for inducing two policemen to lie at a gambling trial. They claimed they were under departmental pressure to produce results.

But Forrester and Goldstein had another sideline that cost them their badges. They faced a later trial and were eventually convicted and busted for setting up what was quaintly called at the time “a disorderly house” on Park Heights Ave. for a convicted prostitute. The police commissioner at the time was James M. Hepbron. (Forrester was misidentified last week as police commissioner.) And the prosecuting state’s attorney was Harold J. Grady, who was elected mayor the next year.