The Rhythms of the Neighborhood 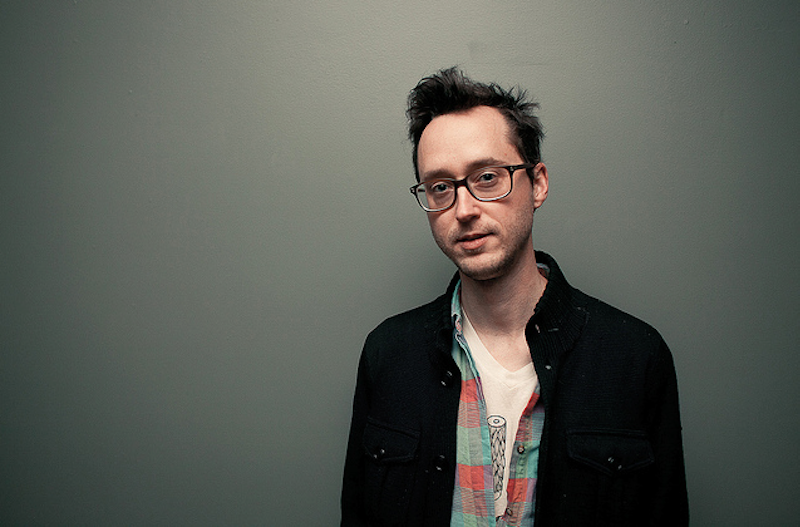 Matt Porterfield is arguably the most important Baltimore director since John Waters. His first two films, Hamilton and Putty Hill, are dark portraits of Baltimore's working-class northeast neighborhoods, and as important to this city's cinematic ouevre as Pink Flamingos, Diner and The Wire. Richard Brody, writing in The New Yorker, said Hamilton was "one of the most original, moving, and accomplished American independent films in recent years," while Roger Ebert gave Putty Hill the much-coveted four-star review. Porterfield's new film, I Used To Be Darker, centers around a failing marriage and a pregnant runaway, and stars singer-songwriters Ned Oldham and Kim Taylor. I talked to Porterfield via email.

SPLICE TODAY: Putty Hill received a ton of critical acclaim—Roger Ebert, The Village Voice, The New York Times, etc—to what extent do you pay attention to that stuff and how has it affected your career? I guess, given the Kickstarter you've set up for I Used To Be Darker, it hasn't made funding any easier?

MATTHEW PORTERFIELD: Good reviews feel great. I was incredibly stoked and honored to read the reviews you mention, and nobody growing up loving movies in America isn’t going to thrill at four stars from Roger Ebert. The morning I picked up the New York Post and saw the big, fat, punny headline, “One Hill of a Movie,” I got upgraded to a better hotel room for free, just because I was grinning so much. Positive critical response has opened some important doors for me, and has helped us secure some of the funding for I Used to be Darker but (sadly, frustratingly) financing the kind of films I make is still an incredible struggle.

ST: You left for NYU in '95, right? Had you been filming anything in high school, making films with friends, stuff like that? What was your relationship with filmmaking before you went away to college?

MP: I was into theater in high school, especially musical theater, and art. Also skateboarding. But I started college as a psych major. Mostly I was just interested in people. Film didn’t occur to me until a little later when I was at NYU—but when it hit, it hit hard. It was still about being interested in understanding people; I just discovered that my avenue into psychology was this particular kind of observing and story telling.

ST: Influences: I know you've mentioned Bresson and Godard, 1960s avant-garde stuff, what about someone like Cassavates or even films like Border Radio or Blank Generation? Can you talk about a couple of films that you keep coming back to and drawing inspiration from?

MP: I was definitely inspired by a lot of underground and cult films that involved a punk aesthetic or lifestyle: Blank Generation, for sure, as well as Penelope Spheeris' Decline, Repo Man, Liquid Sky, that kind of stuff.

I often return to the films of Portuguese filmmaker Pedro Costa, especially No Quarto da Vanda (In Vanda's Room), and the experimental work of Jonas Mekas or Ken Jacobs. I love Apichatpong Joe Weerasethkul’s Syndromes and a Century, and Monte Hellman’s Two-Lane Blacktop. When I was a kid, it was less about film, and more about image and sound. I loved the Butthole Surfers, Alice Donut, Sonic Youth. I spent hours poring over books of Diane Arbus’ photography. These things, and the rhythms of the neighborhood I grew up in, influenced me earlier and more profoundly than the movies I went to.

ST: So at NYU then, what was it that drew you away from psychology and into filmmaking: making friends in the film department or attending a screening of student films or something like that? Did you start out directing or, because of your theater background, were you acting?

MP: My friend and now longtime collaborator, Jordan Mintzer, started showing 16mm prints of movies he was taking out of the library on a wartime projector in his dorm room (much to the chagrin of his roommate). He screened more obscure art films like Brakhage, Tarkovsky, Straub & Huillet. Shit that was all new to me. I loved it. I was also dating a girl in the film department. But I didn’t go right to directing. In the beginning I was doing mostly sound recording. The sound texture in a film is still one of my favorite parts to work on, and to experience as a moviegoer. A high school buddy who also went to NYU and studied sound recording when I did, Danny Meltzer, will be doing the sound on I Used To Be Darker. I’m really excited about that.

ST: But you had problems with the aesthetic, right—the sort of academic approach to filmmaking? What did you reject there? What did you want to do differently?

MP: I didn’t have a problem with the aesthetic at NYU, although it’s true it was overwhelmingly narrative and I was more into experimental work. When I dropped out, what I was rejecting was the fact that I was in school at all, and that it cost so much. My grandmother had been helping with my tuition costs. We went out to dinner and I asked her if I could use the money she would have spent on my senior year to make a real film of my own. She said yes. I shot Hamilton five years later.

ST: Can you talk about some of the challenges of making Hamilton. The actors were mostly students, right? Had you ever worked on anything that long before? Were there legal hassles: film permits to obtain, etc.?

MP: Hamilton was certainly the longest thing I’d ever worked on. (I also worked on it longer than I’ve ever worked on anything. I edited Hamilton myself, over the course of four years.) We mapped it out by the book. It was a learning process. The actors were students, including children. The challenge with them was the same challenge I find exists with any of the actors I’ve worked with—developing real relationships and keeping their spirits up when they discover how incredibly boring it is to be on set all day long. Honestly, the greatest overall challenge was the unbearable heat, and the locusts. And here we go shooting in August again. Heat index today: 106?

ST: Let's talk about I Used To Be Darker: Why did you decide to make the characters of Bill and Kim musicians and when did you first talk to Ned Oldham and Kim Taylor about starring?

MP: Music always plays an important part in the writing of a film for me. There are albums I associate with the movies I’ve made that never play on screen, secret soundtracks to the writing period. My partner Amy and I had certain albums on rotation as we began to craft Bill and Kim: Bill Callahan’s Sometimes I Wish We Were An Eagle, where the title comes from, Kim Taylor’s Little Miracle, and Old Calf’s Borrow A Horse. I’m not sure of the exact moment that we knew this would be the characters’ work lives. Early. It was about emotion, conveying the intense emotion of the end of a marriage, and my interest in diegetic music, and it grew from there. We had Ned and Kim in mind before we actually approached them for the roles, and happily for us, they were game.

Cast of I Used To Be Darker

ST: One of the Kickstarter pledge rewards is a limited edition film soundtrack: What can we expect? Is it an entirely original soundtrack from Oldham and Taylor?

MP: You can expect an awesome mix of artists involved in the film. Besides Ned and Kim, there’s Dope Body, Dustin Wong, and more.

ST: Sounds like a pretty heavily-Baltimore (or Baltimore-associated) soundtrack. Does Darker complete the Baltimore trilogy of films you've previously mentioned? Are you thinking you'll do some work outside of Baltimore after this?

MP: No, right now the two other projects I'm working on are both set to be shot in Baltimore. One's Metal Gods, of course. The other is a script about a guy on house arrest in Hamilton.

ST: To what extent are your films scripted? I know you've said the dialogue in Putty Hill was all improvised, how about with Hamilton and Darker: Is it just a lot of rough scene sketches? Are you doing a lot of retakes? And to what extent does the script sort of fill itself out during the actual filming process?

MP: Hamilton was a fully scripted picture, although sparsely so. I thought of it almost as a silent movie as I wrote it. I Used To Be Darker is also fully scripted, and there’s a lot more talking in it. The characters are at a point in their lives where they have a lot to say. Amy and I wrote the script together, every line, feeling our way organically through the dialogue, and then worked with the actors until no line felt unnecessary or unnatural. But the script is a starting point. There’s always room for improvisation. I encourage the actors to go off book if the mood of the scene leads them somewhere else.

ST: You teach film at Johns Hopkins now, how did that come about and what sort of classes have you been teaching?

MP: I waited tables at the Chameleon Café for seven years. Often, I would wait on John Mann, who worked in Film and Media studies at Hopkins. He was very supportive of Hamilton, and eventually got me in for an interview when there was an opening in the department. I’ve been here for five years now. I teach screenwriting and production classes. I enjoy it a lot. It’s a real pleasure to get to know the students, several of whom helped on the set of Putty Hill. I’ve got quite a few lined up to work on Darker, and am excited about the return of some awesome recent grads.