Letting go of some veterans, freeing up some cash. 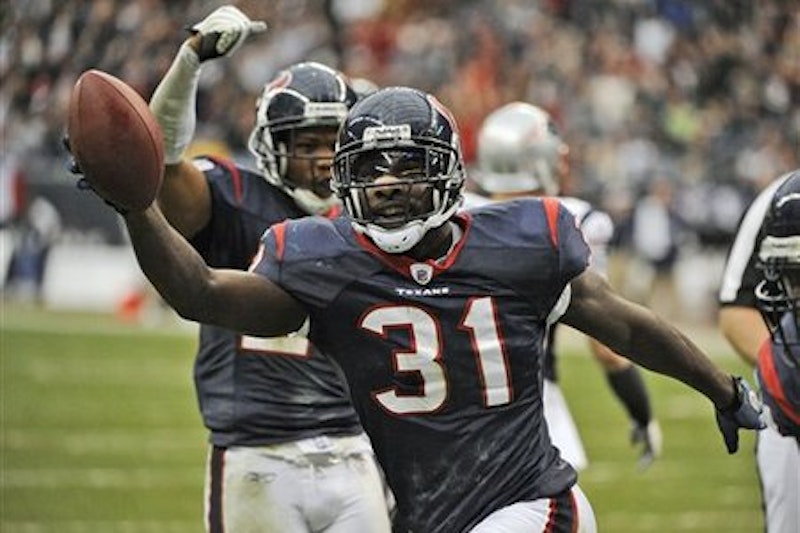 The Baltimore Ravens have received criticism from fans and local media this week as the NFL free agency carousel has spun at a furious pace. While the Eagles have scooped up every available player in their path the Ravens have acted more deliberately. Many fans were upset last week when Baltimore announced the release of veterans Derrick Mason, Todd Heap, Kelly Gregg and Willis McGahee. In nearly every case the Ravens had a highly regarded young player set to replace the departed veteran. McGahee's departure does leave a hole at running back behind Ray Rice but his release had been a foregone conclusion for months. The moves freed up over $15 million in much needed salary cap space which the team quickly put to good use.

When last season ended with another bitter disappointment in Pittsburgh it was clear that the Ravens had some major holes to address. The team needed a pure cover corner, a legit fullback, a hard-hitting strong safety and a deep threat at wideout. Baltimore addressed the need at corner by taking the highly regarded Jimmy Smith in the first round of April's draft. They followed up by selecting speedster Torrey Smith out of Maryland to provide a receiver with big play potential.

Baltimore struggled with its running game last year. There were a number of contributing factors. The offensive line was a season-long work in progress due to injuries and the unknown status of Tackle Jared Gaither. The team also struggled to convert short yardage situations into first downs. The addition of fullback Vontae Leach, an All-Pro in 2010 with Houston, figures to greatly enhance the team's short yardage efficiency. Baltimore’s previous fullback, Le'Ron McClain, fancied himself the next Eric Dickerson rather than the next Sam Gash. McClain's constant harping about getting more carries was annoying and unwarranted. Yes, McClain had some success running the ball in 2008 when Ray Rice and McGahee were injured, but taking carries away from the dynamic Rice to give the ball to the lumbering McClain would not have been a recipe for success. You don't pinch hit Ryan Theriot for Albert Pujols.

The signing of Leach gives Baltimore a fullback who actually wants to play fullback. McClain signed with the Chiefs on Wednesday where he'll play behind Thomas Jones and Jamaal Charles. McClain will likely be a lead blocker and vulture some goal line carries. Just as in Baltimore, the Chiefs aren't going to take opportunities away from Charles to get McClain involved in the game plan.

Late Wednesday night it was announced that Baltimore had agreed to terms with free agent safety Bernard Pollard, whose claim to fame is blowing out Tom Brady's knee. When Dawan Landry signed with Jacksonville last week it left the Ravens with a hole at safety. Of course, anyone who watched Landry play for the Ravens over the past few seasons knew they already had a hole at that position. Landry was never the same player after returning from a neck injury a few years back. He shied away from contact and missed countless tackles as he futilely swiped at oncoming runners ankles. I don't blame him for being skittish but tackling is a pretty big part of a safety's job. Pollard has received some criticism for his coverage skills but he should definitely improve the team's run defense.

With the re-signing of right guard Marshall Yanda and the additions of Leach, Pollard, and the Smiths the Ravens have aggressively set out to upgrade their areas of need. The speculation is that Baltimore will sign another veteran receiver—Malcolm Floyd has been rumored—as well as a backup quarterback and running back prior to the start of the regular season. Unlike Baltimore's other pro franchise (the Orioles, if you can’t remember) the Ravens make honest assessments of their talent, define weaknesses and act aggressively to improve their deficiencies.