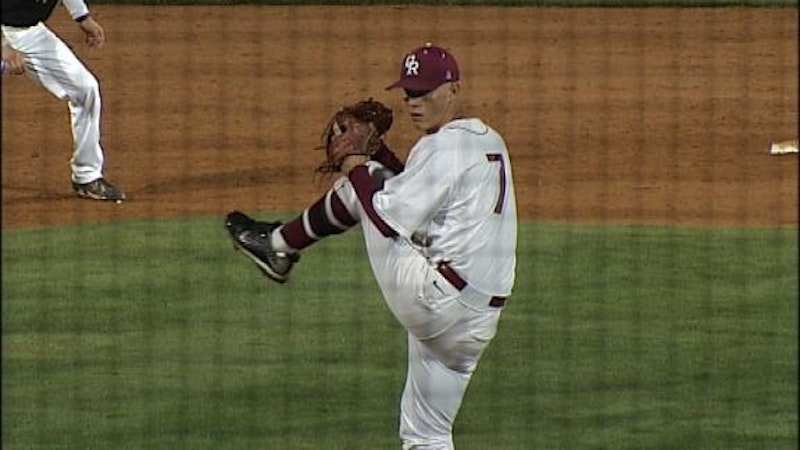 The Orioles selected high school right-hander Dylan Bundy with the fourth overall selection in MLB's June Amateur draft. Bundy is considered a tremendously advanced high schooler. He has a mid-90s fastball and can reportedly throw three pitches for strikes. According to the prospect mavens at Baseball America and ESPN Bundy could be in the big leagues in two years. I’m skeptical.

I have no doubt that Bundy is a great talent. You can't fake "stuff" and Bundy clearly has it. I was opposed to the pick for one simple reason: the O’s have no business developing a talent like Dylan Bundy. The Orioles’ player development record is beyond dismal. If Baltimore's scouting department were a horse it would have been taken to the glue factory in 1986.

The few young players that the Orioles have graduated to the Majors in recent years were either drafted out of college or acquired in a trade. Adam Jones was drafted by Seattle out of high school, but he made his Major League debut with the Mariners in 2007. The O's acquired him in 2008 and made him their every day center fielder. Matt Wieters, Nick Markakis and Jake Arietta were all drafted out of college and while they are solid players none of them appear to be a difference-maker on a contending club. Brian Matusz was drafted fourth overall in 2008 and while he had a nice season for Baltimore in 2010 he’s regressed in 2011 and is back at AAA.

Zach Britton was a third round pick out of high school in 2006. Other than Britton, who's far from an established Major Leaguer, the only other high school pitchers who Baltimore have developed in this century are reliever Jim Johnson and the oft-injured Erik Bedard. Bundy may be the next Roger Clemens but the Orioles may turn him into Roger Rabbit.

Bundy has a full scholarship waiting for him at NCAA powerhouse Texas. If he spurns Baltimore and goes to Texas he'll have to wait three years to re-enter the draft. He's also enrolled at Eastern Oklahoma State Junior College. If Bundy decides to go to Junior College he could re-enter the draft and be eligible for selection next April.

Given Baltimore's embarrassing player development record and the enormity of Bundy's potential I'd suggest the young man run whenever he gets a call from the 410 area code. Bundy has a tough choice. He can either take a big bonus and then entrust his career to a group of professionals who've clearly shown no aptitude to develop amateur talent into Major Leaguers, or he can head to college. My suggestion would be to go to Junior College for a year, dominate the competition, and then come back as the potential top pick in next year's draft. The added bonus there is that the Orioles couldn't draft him again.

My guess is Bundy signs with Baltimore just minutes before the August 15 deadline. His brother Bobby is one of the Orioles’ best prospects and was recently promoted to AA. I'm sure the lure of playing professional ball with his brother is very enticing. Given the signing bonuses from recent drafts I imagine that Bundy agrees to sign with the Orioles for a bonus somewhere around $6 million. The Orioles spending that kind of money on an 18-year-old pitcher would be like my grandmother clearing out her money market account to buy a Ferrari. Developing top-flight talent is the key to bringing the Orioles back to respectability but until they fix the problems in the scouting and development departments, talents like Dylan Bundy will wither on the vine. Dylan, run while you can.