The Orioles Should Deal For Brandon Allen

Taking care of the first base problem. 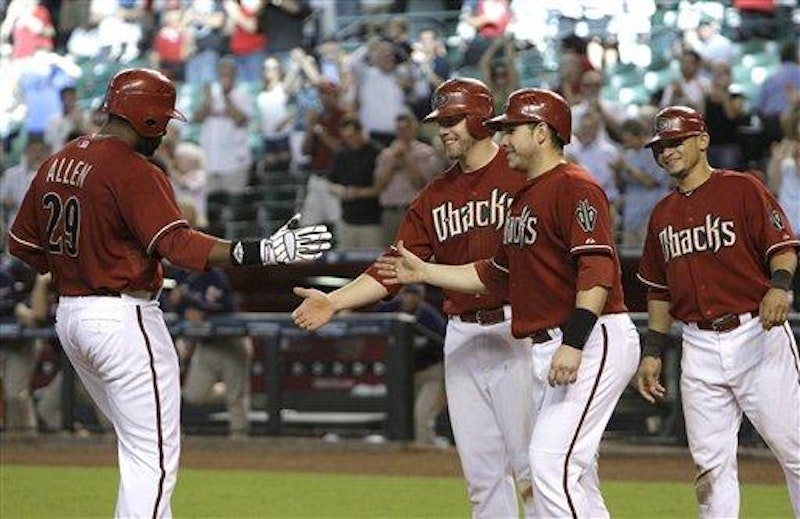 The Baltimore Orioles have looked for a long-term solution at first base since Rafael Palmeiro departed as a free agent after the 1998 season. The subsequent parade of first sackers has included everyone from over-the-hill stars like Will Clark to never-weres like Chris Richard. Derrek Lee, the team’s current first baseman is another player past his prime and his early season struggles are likely more than just a slump.

In Lee’s defense he did miss most of Spring Training and has heated up a bit with at bats and the warmer weather. Even so, his current line of .227/.311/.333 wouldn’t cut it as a fourth outfielder let alone the #3 hitter in a big league lineup. I think Lee will probably end up with an average somewhere around .260 and about 20 home runs. Regardless, he’s an aging player soon to be free agent and the club will be in a familiar position come October of finding a competent first basemen.

The current internal candidates are questionable. Prospect Joe Mahoney burst onto the scene in 2010 slugging his way through the Carolina League before finishing the season in AA Bowie. So far in 2011 Mahoney has played in just 10 games due to injury. The hope is that he can return to action before the All-Star break. If not, this could be a lost season in terms of his development. Brandon Snyder, once considered the O’s first baseman of the future, has rebounded from a subpar 2010 season played admirably at AAA Norfolk. Snyder, 24, currently has five home runs and nine doubles for the Tides. Tyler Townsend, a former top draft pick who has battled injuries, is scorching the ball for the Class A Frederick Keys. Townsend, 23, has a whopping .621 slugging percentage and 11 doubles and seven homers for Frederick. Despite his promise Townsend is a question mark due to recurring injury issues. He has just 475 career plate appearances in parts of three seasons and has already missed some time this season.

Given Snyder’s questionable power potential and the injury concerns of Mahoney and Townsend I’d like to see the Orioles acquire Brandon Allen of the Arizona Diamondbacks. Allen saw limited Major league action in 2009 and 2010 and is currently playing for AAA Reno of the Pacific Coast League. He’s just 25 and for some reason has fallen out of favor with the Arizona front office. The Diamondbacks are currently playing journeyman Xavier Nady and Russell Branyan at first base. Allen hasn’t let the slight affect his performance. He currently has five home runs, 28 RBI and a .932 OPS in Reno. He put up similarly impressive numbers last season when he finished with 25 bombs, 86 RBI and a .933 OPS in just 107 games.

I don’t know what is holding Allen back in Arizona. I’m not familiar with his defense so it’s possible that the D’Backs don’t think he’s ready defensively to play in the Majors. Regardless of his potential shortcomings, a bat as good as Allen’s deserves a chance for some regular Major League at bats. With offensive output down across the board in MLB and the struggles of Derrek Lee the Orioles should be placing a call to Arizona in an attempt to free Brandon Allen.