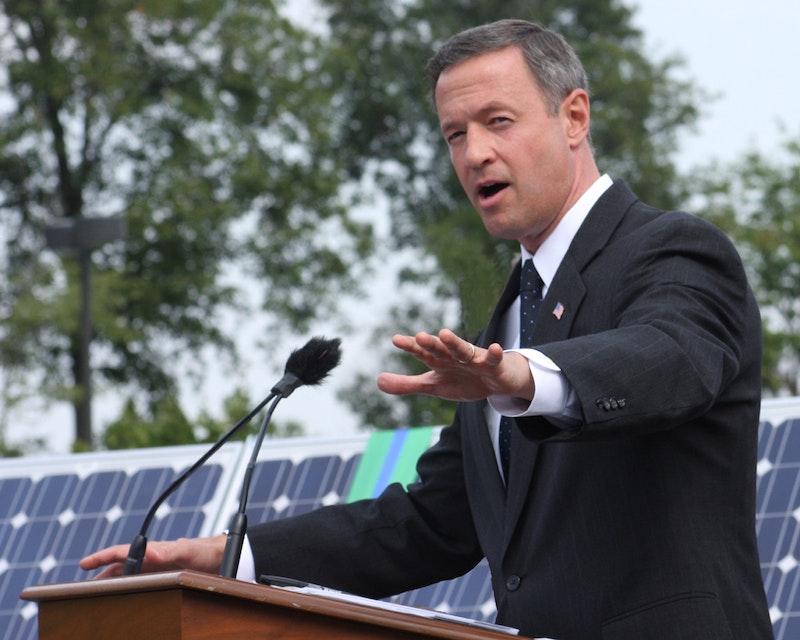 There’s an itchy temptation this year to war-game the dynamics of Baltimore’s 1999 mayoral primary election when Martin O’Malley, a white, waltzed to victory over two black candidates, Lawrence Bell and Carl Stokes. Many people hedged their bets in a city that is 68 percent black, but O’Malley won with 50 percent of the vote and he did it with the helping hand of the current mayor’s late father, Del. Howard “Pete” Rawlings.

Hit the re-set button to 2011: There are at least three black candidates for mayor, probably more in the end, and a single white candidate so far, an ebony and ivory line-up that is ripe for comparisons to 1999 and a badly fractured black vote that allows the white candidate to slip through the cracks and into City Hall. The black candidates are: Mayor Stephanie Rawlings-Blake; Otis Rolley, former city planning director; and Court Clerk Frank Conaway. Sen. Catherine Pugh is ruminating about running and there is the usual jibber-jabber about Kweisi Mfume, former Councilman, Congressman and NAACP head, reviving his political career with a run for mayor. The lone white candidate is Joseph T. “Jody” Landers, former Councilmember and currently vice president of the Greater Baltimore Board of Realtors. The issues are as simplistic as they are abstract: Who can reduce the tax rate and simultaneously apply the jumper cables to the city, seemingly contradictory demands no matter how glossy the candidates package them.

But forget about abstract mathematical equations and spreadsheet formulations of previous elections. The Baltimore of 2011 is not the city of 1999, although the presence of O’Malley is still heavily felt in the precincts and beyond. And Rawlings-Blake is no Lawrence Bell, who was caught dipping into campaign funds to purchase an election-year wardrobe of designer threads, nor is she Carl Stokes, whose academic claims withered under scrutiny. But Rawlings-Blake’s one serious political misjudgment so far may have been her effort to tap into the temporary wellspring of nostalgia for the go-go days of William Donald Schaefer on the Op Ed page of The Sun (“What would Schaefer Do?” May 1, 2011.) All of that has changed, too. By doing so, she opened herself to unflattering comparisons. In their published responses, Landers accused Rawlings-Blake of lacking Schaefer’s personal touch, and Rolley suggested that the Mayor doesn’t understand the elements of leadership. In politics as in love, attempts to recreate the past fail more often than not.

These days it’s difficult for a black male, let alone a white, to win citywide office, with the recent exception of Gregg L. Bernstein, who blindsided Patricia Jessamy with money and manpower in last year’s election for state’s attorney when she did little to prop up her own candidacy except to assume her reelection was automatic. The black matriarchy, the collective of over-50 black women, is the new voting majority in Baltimore, a significant demographic shift from 1999, and even 2004, when O’Malley won a second term as mayor. To be fair, however, O’Malley, after the close 1999 primary, repeatedly racked up close to 90 percent of the black vote every time he ran for mayor and governor in the congenitally 9-1 Democratic city.

And that, too, is a dramatic advantage for Rawlings-Blake. O’Malley, with his brother, Peter, now head of the Maryland Democratic party, controls the party apparatus not only for Baltimore but for the entire state. In addition to the city’s voting majority of black women, O’Malley will back Rawlings-Blake’s candidacy with the full resources of money and organization that are available to a governor. Rawlings-Blake has already vacuumed close to a million dollars in campaign funds. And if, as many speculate, O’Malley has political ambitions beyond Maryland, he needs an ally in City Hall. There would be nothing more humiliating than a home-state loss as Spiro T. Agnew suffered when he ran for vice president in 1968.

But beyond the mechanics of politics, the topography and demography of the city have been altered visibly and dramatically, and will undergo still more nuanced changes when the General Assembly convenes in special session in the fall to realign legislative and Congressional districts. The decline in population is as evident among blacks as it is among whites as blacks head for the greenswards of the suburbs around Baltimore. When people move they tend to move in a straight line. A visible example is the rapid movement and growth along the Randallstown corridor leap-froging straight ahead to Owings Mills. Over the years, Baltimore County has experienced the largest growth in black population of any non-black county in the United States.

But nowhere is demographic change more noticeable than along the rim of Baltimore’s harbor. South Baltimore used to be known for two things—the Stonewall Democratic Club and Cherry Hill. One of the last pterodactyls of the Stonewall glory days, George W. Della, who had been in public office for nearly four decades, was ejected from his Senate seat last year by an upstart 28-year-old schoolteacher and certified Yuppie, William C. Ferguson. The Stonewall’s legendary clubhouse on S. Charles St. is now a veterinary hospital. The warrens of Federal Hill and the Otterbein are now populated by young professionals from the city’s office towers and hospitals and its ranks of celebrated local authors and auteurs. Even President George W. Bush’s daughter, Jenna, chose Federal Hill for her starter home when she married. The dollar houses of Schaefer’s Otterbein are now assessed at a million dollars or more. The east side, around Fells Point, where more than a dozen languages are spoken, has been repopulated by Hispanics. And the toxic site of Allied Chemical of Schaefer’s years has been sanitized and rebuilt into the glitzy Harbor East by muffin man John Paterakis.

The oligarchs of Baltimore’s business community who once controlled the city through interlocking directorates on the boards of its home-grown banks, brokerage houses, social and cultural institutions are long gone as are the financial powerhouses that they controlled. Through those boards they dictated much of the city’s politics and its economic policies as well as its cultural agenda. Also gone are the captains of industry who bankrolled the city’s programs, projects and charities (and occasionally blocked them, too.) And the last of Baltimore’s Fortune 500 companies, Constellation Energy, will no doubt be subsumed eventually by its new Chicago parent, Exelon.

Even the last closets of wrap-around skirts and lime-green quilted coats, Roland Park and Guilford, have turned over to a new generation of voters of all sizes, shapes, creeds, colors and manner of dress who are more independent-minded than their predecessors who simply clipped and carried The Sun editorial endorsements into the sanctum of the voting booth. It used to be estimated in the bad old days of bossed and bought politics that a Sun endorsement translated into 25,000 votes. No longer, in the age of social media and the modern Diaspora that is occurring in Baltimore.

So any attempt to superimpose the formulaic election results of 1999 onto the mayoral election of 2011 is a futile exercise in faulty political science as well as a failure to understand the generational and social shifts that are occurring in the city. Folks may recognize William Donald Schaefer. But Schaefer might not recognize the city that he once governed. Get over the tears.