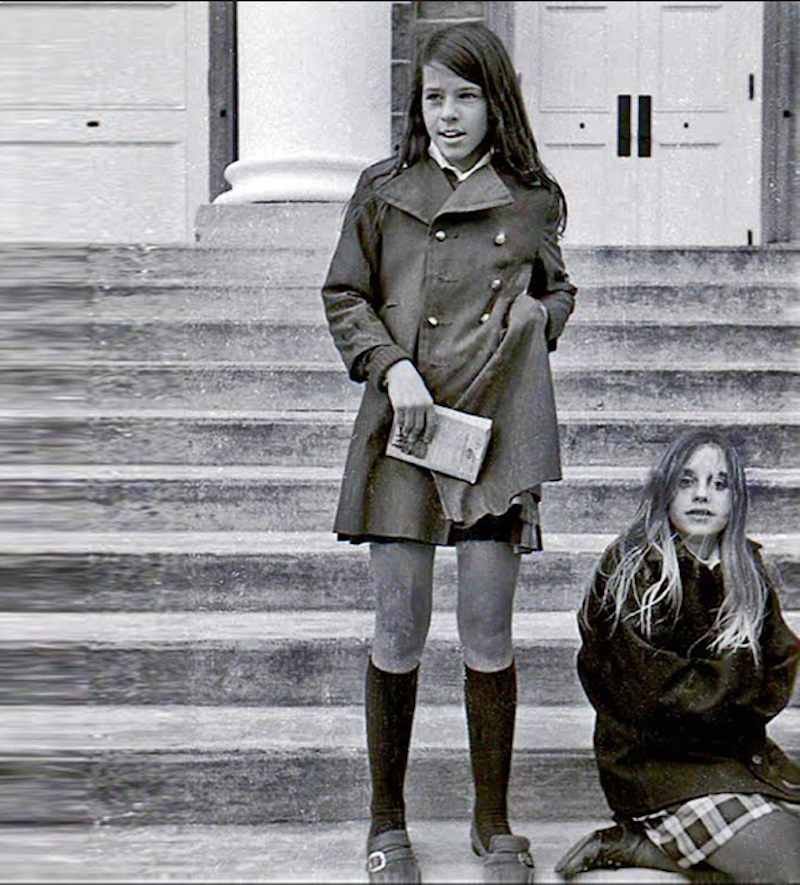 Dusk was announced by a single firefly. Within a second, thousands of golden twinkles sparkled above the yards of the hilltop homes. Out back, the kids put the finishing touches on their beloved mud pies. Stoves were made of concrete steps. Local neighbor Little Timmy requested the special: a well-done dirt and gravel mud patty with twigs, grass trimmings and dead crickets as toppings.

“Ain’t no matter. You want sumthin to drink Timmy?”

A group of children giggled, “Milk, milk, lemonade, around the corner chocolates made.”

Tiger the cat slept the entire time beneath a tree, unimpressed.

The backyard kitchen just served the last meal of the day. Inside, girls and boys sat behind individual TV tray tables with Koontz Dairy milk to watch color TV, which was the latest thing. A typical day growing up in the Baltimore’s Hamilton neighborhood.

In 1960s Baltimore, before blue-collar jobs disappeared, never to be seen again—Hamilton was a diverse, hard-working Northeast suburb community. Rowdy kids lived in single, semi-detached, and row homes. Dogs barked at mail delivery on tree-lined streets. Honeybees buzzed over dandelions and gardens. Catholic schoolgirls spent time on church steps. Picnic tables covered with newspapers had piles of steamed crabs. Trick or treaters went out by themselves, three nights before Halloween.

Thinking back to the 1600s, this remarkable area was a huge woodland with freshwater springs. Along Herring Run you could follow the footsteps of the original Susquehannock Native Americans as they hunted and trapped fox and deer in the landscape’s hills and valleys. At twilight with a katydid symphony playing, pillowing clouds reached across an orange sky.

When I was a lean adolescent, maybe 13, I didn’t have much money. I knew about the seeds of existence: pocket change. Around the neighborhood from late-May to early- September, for me, it had everything to do with small-time lawn maintenance.

Taking care of Miss Hall’s yard, across the street from where I lived, was one of my first jobs.Her brown clapboard farmhouse was on top of a hill. Despite its urban location, it could be mistaken for a country estate from the 1930s. There’s no beating around the bush: the property’s one acre of grass, which was surrounded by a towering privet hedge, required constant attention. A long, mahogany tearoom parlor was flanked by an outside porch on the west side.

I stood twiddling my thumbs, when Miss Hall went looking for her pocketbook, waiting to get paid in an airless parlor. I’m not sure why and it remains a mystery, but a burst of tingling anxiety crept up my spine in this room. Maybe I was just nervous and needed to be outside again. Senior residents in the area rarely ventured out after dark. Were folks scared?

Miss Hall would always sweep aside the curtain to peer out if there was a commotion or knock at the door. I addressed her as Miss, although I vaguely recall there was a Mr. Hall at some point. Wearing denim bib overalls, he reminded me of actor Walter Brennan from The Real McCoys.

Miss Hall’s beautiful skin was unforgettable, and she wore her gray hair in a tight top-knot bun. Her soft comments made me think of a stern yet kind Mary Poppins. Every day, she wore a different flower-patterned dress, so I’m guessing she had 365 of them.

Mowing lawns was an adventure. The tough guy work required the proper outerwear. Frayed jeans, t-shirt, a strategically positioned terrycloth towel around the neck and a baseball cap completed the wardrobe. My navy-blue Jack Purcell sneakers were stained green.

Working around the neighborhood, you got a good feel for nature learning the particulars of each customer’s lawn. There were hidden pipes, favorite dog poop spots, and other inherent risky obstacles like: toys, rocks and muddy holes. In our backyard, there were two metal garages to store a gas lawn mower, numerous whatchamacallits and other work-related equipment.

After finishing the lawn on a blazing August afternoon, I’d sit a spell under the shade of a large oak tree. The rest of the day required being on my knees scraping layers of fresh grass gunk off the underbelly of a lawn mower. In the air, there was a faint odor of gasoline combined with the scent of recently cut grass. I still needed to sweep the pavements littered with clippings. Down in the Hall’s mysterious basement, there were a few extra tools.

When it came to going downstairs, I wasn’t exactly a scaredy-cat. What deep dark secrets lay below the surface ran through my mind walking down the creaky wood steps. The cellar was chilly; a musty, dim room lit by a solitary flickering incandescent lightbulb. Daddy longlegs scurried all over the place. Tracing the roughly plastered walls with my hands, I flicked away a curious cockroach. It was easy to get lost in the cobwebs. Big water bugs crawled across the floors.

I had to be careful maneuvering through this cluttered minefield, the place was chock-full of antique artifacts and lots of other junk. Circular framed sepia photographs of European relatives from the 18th century lined the walls. Dusty shelves held a selection of vintage candy tins full of bolts and screws. The straw broom I was looking for was right in front of my nose hanging on a nail.

On hot days, Miss Hall occasionally came outside to see how things were moving along.

“I’ll be back directly.”

Bless her heart, a small joy was found.

A well-groomed turf has the aesthetic appeal of elegance made by applying a high level of sophistication to smoothing the greens. Afterwards, I’d count my blockbuster profits: 20 bucks and another happy customer.

Like clockwork, the steaminess of a Baltimore summer day builds up and it gets rather stormy. Thunderstorms rolled in after sunset. I’d hurry upstairs to my bedroom as rumbles of thunder shook the house. Lightning flashed. From my window vantage point, a vista of strikes silhouetted Miss Hall’s house. The bolts cracked the sky into jigsaw puzzle pieces as the rain poured.

Once, lightning struck a telephone pole. Sparks flew everywhere. The high-voltage jolt had a payoff: it jogged my recollection of a couple of beliefs. One was that when it rained, the angels in heaven took a break and went out bowling while God took a shower. Second, rain was caused by clouds colliding.

As I grew older, it became more about bowling, with me thinking about the pin-boys’ crushed fingers and cracked ribs. Before automation arrived in 1936, juvenile workers were tasked with resetting pins and returning balls by hand. Time to roll.

I brought my own Brunswick Rascal brown shoes to Harford Lanes, an “America’s Favorite Pastime” bowling center with its no place for riff-raff policy. I picked up a heavy, small bowling ball with no finger holes. Then, showing a little moxie, I started a slow, slide down a slick polished alley. BAM! The ball’s delivered with a perfect hook in the left pocket. I made 10 duckpins fly at top speed, blasting them from side to side, hitting a strike. Was I the best bowler around, not even close, but I could pro bowel a 7-10 split.

Sometimes, you just don’t know. My sister contacted me. Our family’s original house was for sale. She sent me a virtual property tour. The unrecognizable home had undergone extensive renovations. It’s difficult to fathom how many childhood memories were kept there. What about the other houses in the neighborhood? Another email arrived a few weeks later with terrible news.

The house where Miss Hall used to reside was the scene of a murder. Sixty-six-year-old Clarence had a successful Sunday at the local casino. Danger stalked and followed him home on a cold January afternoon. Clarence’s wife made the devastating discovery; the cafeteria chief, who had 25 grandkids, was on the floor in the mahogany tearoom with a gunshot wound.

As part of their investigation, homicide detectives determined the death was a targeted robbery and murder. An arrest has yet to be made by the Baltimore Police Department. It’s safe to assume that no neighborhood will ever be the same. All that can take your heart away. You must admit, with shocking crime and violence increasing everywhere; this one was “close to home.” The killer’s still out there.