Journeys on the Chesapeake and Baltimore’s waterfront challenges. 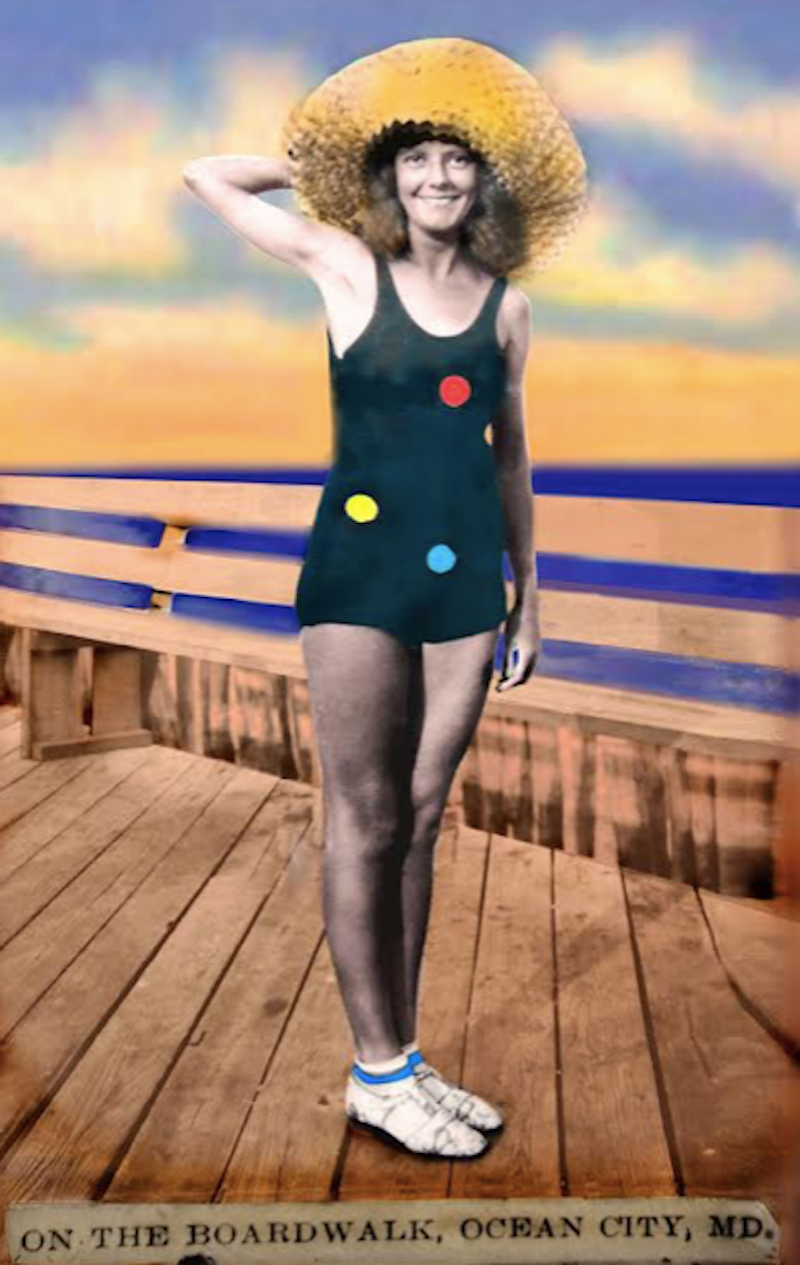 Seabirds abound along the pier. Gulls soar above, and hungry cormorants dive into Baltimore's harbor in quest of a twilight meal. The American Visionary Art Museum and the National Aquarium remain dedicated to their respective missions. Their neighbor, Harborplace, struggles to belong in the heart of Baltimore these days.

The magic’s faded on a commercial landmark’s allure. For a city shy of corporate rebranding, Baltimore was enchanted by the mall’s success when it first opened in 1980. Now decades later, the property is plagued with problems. The Pratt and Light St. pavilions are deserted, engulfed in financial nonsense and bureaucracy. Baltimore residents deserve better.

I’d be hard-pressed to find a like-minded person who can’t recall at least one waterfront story with zeal, especially among those who grew up in Baltimore like myself. When I hear such memories, they uncover a secret: a past moment with rewards.

Wanting times to go slower, the lonely USS Constellation yearns for its long-lost sweetheart, the vanished cruise ship: the Port Welcome. Remember when hearts were innocent? What about the romance of a secret kiss on the ship’s swaying decks during a senior high school prom dance? Those trips traveled the same bustling shipyard lanes reliant on industry. Produce, livestock, poultry and seafood arrived on the docks daily, helping support the Eastern Shore’s farm communities before trucking merchandise took over.

The harbor, like other Maryland staples—peach cake, peppermint stick lemons, and Berger fudge cookies—has a distinct flavor. A mild Southern breeze carries a hint of sweetness, a reminder of the proud traditions this seaport has fostered.

At the century-old Domino Sugar refinery on Key Highway in Locust Point, ships arrive all year round. The raw cane packed in tankers is unloaded onto a conveyer belt. Swarming with bees, the sugar flows directly into the building, the last of its kind as a working plant operation. Domino processes 6.5 million pounds of sugar a day, including those tiny packets used for your morning coffee.

The old Domino Sugars neon sign that brightened the harbor for decades is gone. In its place: a new sign with LED technology. Iconic Domino continues to maintain a valuable working relationship with Baltimore. One of their biggest accounts, just two hours away in Hershey, PA.

The stately McCormick & Company main headquarters used to be on Light St. The oldsters familiar with the building recall a strong, spicy aroma of cinnamon and clove in the air. Willoughby McCormick began his business in a Baltimore cellar in 1898. After the great fire of 1904, the company re-established itself. The much-loved site of exotic aromas had become a harbor trademark by 1921.

The building’s grand finale came in 1988 with the wrecking ball. There was a fierce dispute about whether it should be saved. The final verdict from Maryland’s highest court let the demolition proceed, but not without a fight from preservationists. The same location currently houses a “Move in Today” 44-story luxury residence.

McCormick & Company, the world’s largest spice manufacturer, is headquartered in Hunt Valley, MD. Found in kitchens all over the world in 170 countries, their product brands include: Old Bay, Frank’s RedHot Sauce, and French’s Classic Yellow Mustard.

A wave of nostalgia washes over me whenever I crave oysters. From 1983 through 2008, stopping by the original Nick’s Inner Harbor Seafood in the Cross Street Market was always a fun adventure.

An essential element here, besides the seafood, was a large, colorful underwater fish-themed mosaic by artist Michael Stanley. The gorgeous glasswork shimmered above a long, fresh fish counter showcasing the day’s catch.

Nick’s was a Baltimore social microcosm for sports fans, artists, students, and tourists of all shapes and sizes. A look around and you’d see Donald the singing Bush serenading hard-working locals. The raw bar stayed faithful to its original purpose. A low-key, laid-back vibe was ideal for grabbing a drink, catching up with friends, and devouring shellfish. This is where I last saw Divine dressed in all white, strolling up the market aisle between stalls with Chuck Yeaton one Saturday afternoon.

Customers and employees felt at ease here because they were treated as family. Tommy Chagouris was the man in charge during those years, and he kept everyone happy. After 2008, Nick’s carried on under Kwang Lee until it permanently closed in 2019, part of an extensive market redevelopment plan. A place that gave a lot to Baltimore is now nowhere to be found.

The last of the old warehouse waterfront structures on East Pratt St. stood among piles of discarded shells along the staggered, waterfront finger piers. A five-generation family-owned and run restaurant was located on Pier 5, where the Columbus Center now stands. Connolly’s, a decent seafood restaurant, was a soothing place in its own special way.

If you wanted the Chesapeake Bay’s finest, Connolly’s had it. They featured crab cakes, soft crab platters, pan-fried rockfish and the No. 3 Oyster Fry with pickle and chips. Folks savored their meals in a large boisterous room. Mayor William Donald Schaefer’s limo would pull up. When he sat at a table, nobody bothered him. Visitors from The Block mingled with off-duty cops and detectives. It was an after-work stomping ground for News-American reporters.

In 1991, Connolly’s served their last crab cake and closed. Ask any Baltimorean and they’ll tell you; it was like the night Mayflower moving vans loaded-up the Colts and left town. Baltimore’s still angry about that. Many echo the raspy crabbing of the legendary “Voice of the Chesapeake Bay” cigar-chomping, sportscaster Charley Eckman.

Across the water from Connolly’s, hidden in Pier 15’s past, there were millions of unforgettable tidewater ventures to Maryland summer locations via the legendary steamboats. On these excursions across the Bay, many expressed their true love. Enthralled in a sea mist, that left some breathless, enthusiastic marriage proposals were made on moonlit decks. The Light St. ferry service to Tolchester, MD launched from this dock.

Back during the early-1960s, side-by-side, we got off the bus. I held both of my grandparent’s hands. We anxiously walked up the ramp and boarded the boat, ready for a “Day at the Bay.” The ship tooted its horn.

On our 27-mile trek directly across the Chesapeake, we rubbed shoulders with families, beachgoers, and nuns. The smile-filled cruise reached the shoreline of the popular beach resort. There was a hasty exit. The crowd couldn’t wait for ice cream, cotton candy and Kewpie dolls; while others pushed strollers and carried children.

Here was a remnant from the golden Victorian era; the Tolchester Beach Amusement Park. Opened in 1877, the original 10-acre waterfront park expanded to a 155-acre property. The park was under the supervision of illustrious steamboat Captain William C. Eliason.

To the calliope sounds of a merry-go-round, life here flowed like a dream. What a delight—a playground full of surprises—a clickety-clack, creaking, moaning “Whirl-Pool-Dips” roller coaster, goat carts and boat rides. Jumbo, a miniature “choo-choo” train, blew steam and whistled as it whisked parents and children around in circles.

A bizarre stunt to drum up publicity occurred on June 1st, 1889. There’s no proof that it even happened, except for a color lithograph by R.H. Eichner & Co. An embalmed and stuffed beached whale became an eye-rolling, tourist attraction that smelled of formaldehyde. For a small fee, you could sit in the mouth; there were chairs, a table, and a Persian rug on the tongue.

The blue-sky sweep of the Chesapeake Bay’s curving sandy shoreline was framed by locust trees. Summer days were wonderful for a dip, graced by gentle waves. The water was described as brackish by swimmers. I thought it was salty, burned my eyes and tasted like pretzels. And who could forget being up-close and personal with stinging sea nettles?

In 1952, the Chesapeake Bay Bridge opened. Bigger waves and a boardwalk at Ocean City, MD drew larger crowds. A fond farewell to the Tolchester Beach Amusement Park; it closed and was demolished in 1962, there’s a dedicated Facebook page.

Back in the 1980s, I worked at Baltimore’s City Paper. In the Charles Village offices, an old photograph of H.L. Mencken sipping “his first public glass of post-Prohibition beer” hung in the editorial department. Leave it to Mencken, charming his friends in a crowded pub. The facial expressions said it all. It’s an example of a warm memory glow; a reaffirming experience that evokes lifelong comfort.

The city is bathed in an orange light. Cormorants dry and spread their wings on a stretch of pier. Sunset fades. What’s next for the port, despite the loss of these valued institutions that were part of the city’s cultural past? A respectful Baltimore waits for new ideas. If promises turn into reality, that’s an economic forecast that ensures the historical waterfront’s vital future.