Even after Sunday’s drubbing by the Yanks, the O’s are in the thick of it. 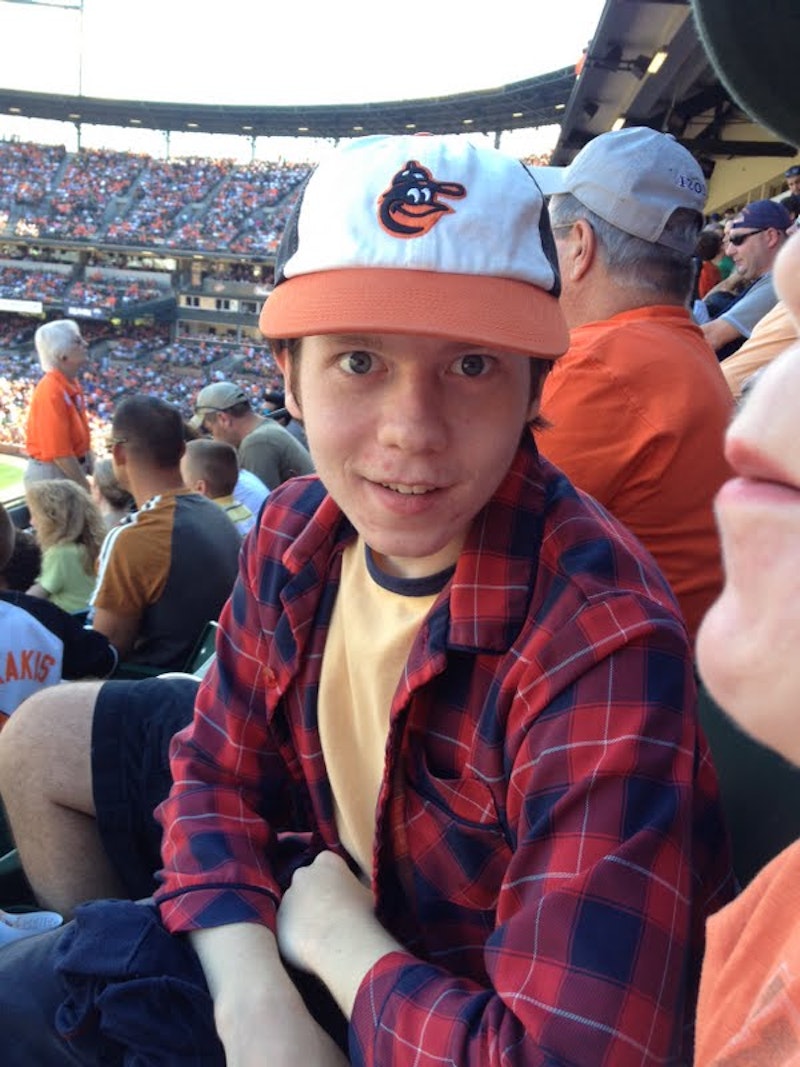 It was between innings early in the Orioles/Yankees game at Baltimore’s Camden Yards on Sunday afternoon, and an advertisement for local TV station WJZ was playing on the scoreboard out in center field. The pitchman listed the various “stars” of the station and when the veteran weatherman’s name was mentioned, a saucy broad sitting behind us in Section 260 yelled out, “I didn’t know Bob Turk was still alive!” It took me aback as well, since I remember playing softball (City Paper vs. WJZ) against Turk and his colleagues in the late 1970s, when Oprah Winfrey was still at the station.

Slight indulgence in hyperbole here, but that was also around the last time the O’s played meaningful baseball in September. The franchise won the Series in ’83 and reached the playoffs in ’96 and ’97, but aside from those years it’s been pretty thin gruel for fans, including 14 consecutive losing seasons dating back to that last ALCS appearance. Yet, to almost everyone’s amazement, the O’s are in the thick of a pennant race, and, slowly, “Oriole Magic” has spread throughout the city as the months tick by.

I’ve no orange shirts in my wardrobe, but my wife does (diehard O’s fan) and one of my kids wore his club hat. It could be a coincidence, but I’m certain that the return of the cartoon bird to the O’s uniforms has helped fuel their improbable run at a playoff slot. In any case, for the first time in memory Sunday’s crowd of 40,000 was about evenly divided between fans of the home team and the hated Yanks. For every Jeter or Cano shirt, there were countering ones bearing the names of Matt Wieters and Adam Jones. If you closed your eyes and heard a cheer, it’d be impossible to tell which team had gotten a hit or scored a run.

And the crowd was raucous, even though the O’s suffered a 13-3 drubbing, which left them a game behind New York in the A.L. East. Next to me were a pair of Vietnam vets, down from the city, and though they applauded lustily as the Yanks piled up runs, they weren’t obnoxious at all. The same couldn’t be said for this pre-teen, a very well-nourished towhead who repeatedly chanted, “Yankees suck!” every inning. My team, the Red Sox, are in last place, the patsies of the East, so I have sympathy for that sentiment, but this kid was way over the edge, probably on a cotton candy high. The dad in a family of four Yanks fans quietly looked back at the pest, and softly replied, “Where are your parents, where are your parents?”

The one-sided game was a letdown, of course, especially since as we entered the stadium the mood was so electric and buzzy that you just felt it was the day the O’s would take sole possession of first place. That was heightened by Saturday night’s game, which Baltimore won in the 9th inning on a botched ump’s call, when Mark Teixeira slid into first base and was clearly safe, but was called out, snuffing the Yanks’ rally. Teixeira was understandably livid, but unlike the even-keeled Jeter, who was dismayed but accurately reasoned that umpires both give and take away, he went ballistic in front of reporters after the game.

“Sometimes you wonder if the umpires are just trying to get out of there,” the first-basemen ranted. “They don’t want you to make a comeback. They want to go home because those were terrible calls. It is what it is. We are out there fighting. I’m out there playing on one leg… I’m probably going to get fined, but I don’t care, really… When you are battling like we are battling and they can’t get a call right, that pisses you off.”

What an asshole. Here’s Teixeira the Gladiator, who pulls down more than $20 million per year to play baseball, taking rips at a crew of umpires who, far more often than not, have no preference in who wins a game, but can’t be accused of speeding up the action. On Sunday, we’d hoped the bad blood—O’s stalwart Nick Markakis was hit by CC Sabathia the night before, resulting in a season-ending broken thumb—would spill over, and maybe there’d be a fight on the field, which, although they’re usually fairly modest affairs, are highly entertaining. No luck, even when Alex Rodriguez was plunked by O’s reliever Jake Arrieta.

Now the Yanks go up to Fenway Park to play the wretched Red Sox, and as a fan of the latter, I hope the team can at least muster the gumption to play the role of spoiler. Next on the O’s docket are the Tampa Bay Rays, who currently just one game behind them in the expanded wild card race. So it’s a tougher climb for Baltimore, but when so many fans, delirious at the park, claim, “This is our year,” I’m not about to doubt their wisdom.