Hate the sin, settle for the sinner. 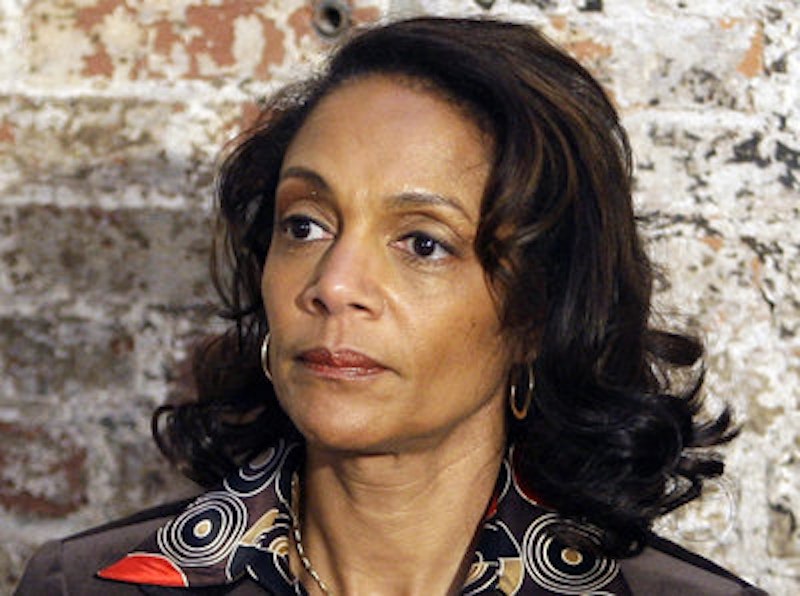 The holiday social circuit is a terrific opportunity for gathering political intelligence. What the results may lack in the pontifical imprecision of polls and pundits, they surely make up for in the infused wisdom of Grey Goose and Heineken. The conclusions, however fueled, are interchangeable.

Looping around Baltimore, it’s difficult to escape the symmetry between polls and palaver that Sheila Dixon, the city’s once and perhaps future mayor, is the leading candidate for the job she forfeited after getting caught with her fingers in the tambourine. Often heard over the tinkling of ice is the disguised qualifier—“I probably won’t vote for Dixon, but I think she’s going to win,” which is a social snot's implicit admission of support behind the voting booth’s curtain.

Similarly, there is a sense of inevitability, or maybe wishful thinking, in midnight blue Baltimore, that Donald Trump will be the Republican nominee, despite the sudden pile-on by the befuddled GOP hierarchs and the phantom establishment. And it’s an accepted conclusion that Hillary Clinton will waltz away with the Democrats’ brass ring, possibly setting up a Clinton-Trump smack down.

Clinton’s already campaigning as if to bypass the primaries and proceed directly to the general election with the nomination already won. But with the sour mood the country’s in, and a new class of blue-collar, name-only Democrats cheerleading Trump on, Democrats had better be careful what they wish for.

Dixon’s advantage over the field of mayoral candidates is that she enjoys wide name recognition from her years in municipal government and her several turns as a citywide candidate. But the reverse is also true: Dixon could have a name recognition problem—voters might recognize it. The proven formula for municipal governance is simple—plow snow, pick up trash and keep your fingers in your own pockets.

Dixon, despite her transgressions, is viewed by many as the antidote to what ails Baltimore, even among the city’s white liberal cognoscenti. She is remembered as an innovator and a hustler who demanded action and accountability (from everyone but herself) and who displayed a street-savvy synchronicity with the rhythms of the city, far beyond the tin-ear aloofness of her successor, Mayor Stephanie Rawlings-Blake. The contrast serves Dixon well, despite her fall from grace. Dixon never did time; she has done penance. And nothing resonates in the black community like redemption. Recall, if you will, that Dixon was convicted of embezzlement for personally using gift cards that were intended for the poor. That petty but sleazy pilferage is being revived in a lethal TV commercial sponsored by “Clean Action Baltimore,” a political action committee. But after all, James Curley was re-elected mayor of Boston from his prison cell.

Dixon’s reverse Robin Hood act of self-destruction is what many recall but are willing to forgive, if not forget. The larger part of the Dixon gift-orgy involved huge city development contracts, awards to boyfriends and nepotistic employment and beneficial favors for her sister. These, in the larger scheme, are far more egregious than the petty theft of gift cards but are not part of the official rap sheet or civic memory. Nonetheless, there are many who believe, as Dixon does, that she should be given a second chance. And to reinforce the notion of repentance and redemption, Dixon has been making the Sunday rounds of black churches, Bible in hand, where forgiveness abounds and the black matriarchy is the dominant force in Baltimore politics as well as regular church-going congregants. Dixon’s sentence included a prohibition from elective politics for four years, or one election cycle. Dixon’s also a frequent guest on a TV panel show that helps to legitimize her claim and advance her cause. She’s back, baby, whether we like it or not.

It’s important to note, too, that in neither the polls nor in conversation has either of the major white candidates in this 69 percent black city, Elizabeth Embry and David L. Warnock, so far proved to be combustive even among white voters. Neither is viewed, rightly or wrongly, as having the moxie to run a city with so many layers of decay and desperation. Embry, daughter of the Abell Foundation’s president, Robert Embry, is dismissed as just another among many lawyers, and Warnock, despite his business success and good intentions, is simply unknown.

The calculus is significant in an election with more than a dozen Democratic candidates for mayor, each with their own tight little fiefdom and political base when as few as 8000 votes can win a moderate voter turnout primary. The primary election is April 26. But this is the first occasion in modern Maryland politics that the Baltimore election for mayor will coincide with the presidential primary election. With Clinton and former Gov. Martin O’Malley—if he makes it beyond Iowa, which is doubtful—on the ballot, and to a lesser extent the civic moralist Dr. Ben Carson, another doubtful long-distance candidate, the turnout numbers could soar, as they usually double in presidential years—from the low 20s in recent mayoral elections to the mid-60s in presidential years. Also on the ballot in addition to citywide candidates will be slates of convention delegates as well as City Council candidates.

Clinton’s presence is already established in Maryland. She was a neighbor for eight years as First Lady, living only 35 miles down I-95 and a regular on local TV stations by way of satellite. She is enormously popular among blacks, notably because of her husband, former President Bill Clinton, a Southern Baptist soul mate who was memorably characterized as “America’s first black president.”

Clinton struts her gender like the second coming of Susan B. Anthony. She often asks her audiences, though no one in particular, “Wouldn’t it be nice to have a woman president?” And to underline the point, female advisers surround her, with rarely a male in sight. That is, until she decided to unleash her husband in New Hampshire, where she trails Bernie Sanders, the senator from neighboring Vermont. Bill Clinton could alter the equation either way—as the gifted politician that he is, or with the heavy haul of baggage that he schleps from his own years as president. He damaged his wife’s candidacy seriously in 2008. And Trump, smart politics or not, will not allow voters to forget Bill Clinton’s peccadilloes (Monica Lewinsky? The Lincoln Bedroom? Travelgate?).

Hillary Clinton is admired for her intellectual gifts and survival strengths (her unshakeable 11-hour grilling by Republicans on Benghazi). Still, there is a back-of-the-brain synapse of doubt about her honesty and trustworthiness (months of stubborn delay before an admission of judgmental error for using her private server for classified State Department emails).

This may be the year of the woman, an Emily’s List fantasy draft. Though comparisons suck, to roughly paraphrase Shakespeare, the contrast between Clinton and Dixon offers a handy insight into Baltimore voters’ minds: Dixon, a convicted embezzler, has earned forgiveness and support; Clinton, a gifted dissembler, may lose liberal votes to Sanders in the primary and win them only as the default candidate in November. Anyway, that’s what people are saying.