It’s unlikely de facto Mayor-elect Catherine Pugh is up to the task. 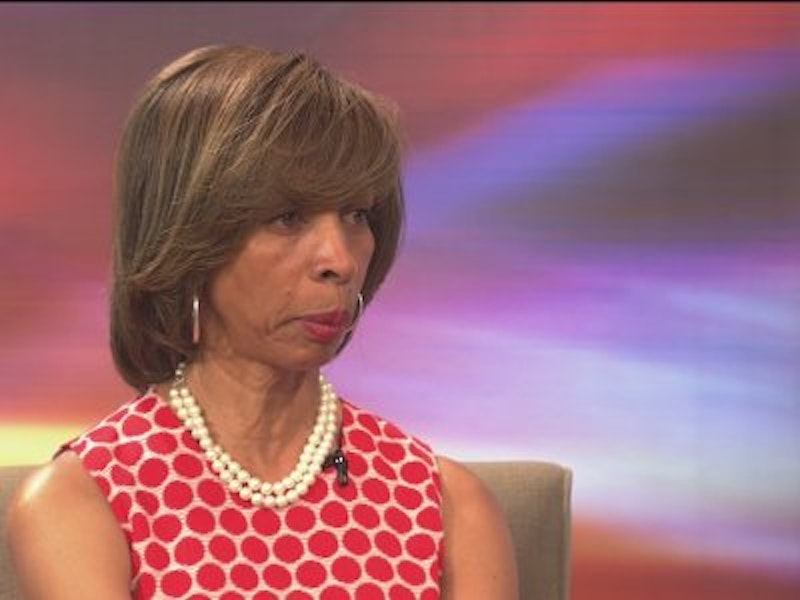 Few, if any, cities get as many second chances as Baltimore. The city dug out of the rubble of the 1904 great fire and rebuilt itself into one of the nation’s major metropolises. Mayor Thomas J. D’Alesandro Jr. ripped up the trolley tracks and cobblestones and paved the way for the automobile (a mistake, in retrospect.) Marvin Mandel, as a Baltimore-born governor, funded the three building blocks—the World Trade Center, the Convention Center and the Metro—that ushered in the era of Mayor William Donald Schaefer’s tourism-based Harborplace and the mile-long fresh face of Pratt St. And John Paterakis decontaminated a waterside toxic site and personally financed and built Harbor East where hipsters flock to shop and play. The city’s center of gravity is ever shifting.

And now, once again, opportunity is not only knocking but doing a paradiddle on the city’s door. A new mayor, most likely Catherine Pugh, is on the way. And with her comes a fresh-faced City Council of at least six new members. The privately funded $2 billion Port Covington, with a half billion in infrastructure from the city, is ready to leap off the drawing boards and become a built-from-scratch new multi-use Zip code. And only a state as wealthy as Maryland can afford a city as broke as Baltimore: The recently concluded Democratic General Assembly has channeled $290 million to the city to gussy up neighborhoods with parks and playgrounds and to begin demolishing eye-sore abandoned houses. The new ensemble at City Hall may need group counseling sessions on how to place nice.

What the sum total of this illustrates is that there are individuals and groups, though they may be few, who have faith in the city’s future and who are willing to invest capital in yet another revival of the kitschy town that H. L. Mencken characterized as “the ruins of a once great medieval city.”

The convergence of such good fortune may be luck or design but it happens maybe once in a generation. The challenge for the city is whether it will show enough smarts to grab the golden ring as it goes by or whether it’ll remain stupefied and miss the chance as it passes.

Cities are cyclical. The have a rhythm of their own. They fade, bounce back and fade again only to be reborn once more. Much depends on the people who lead them—their attitude, energy, imagination and willingness to transmit that enthusiasm down to the people who elected them through an inspirational quality called leadership. It can’t be taught. It can’t be learned. Leadership is like style. A person either has it or they don’t.

Pugh, the Democratic nominee for mayor, whose mouth often engages faster than her head, is fair game for examination. She came close to not winning, to put a negative twist on a positive election outcome, and she did so, it seems, because she had no criminal conviction on her resume, as did her major opponent, Sheila Dixon. Dixon, the former mayor, had a name recognition problem: voters recognized it.

Regret and redemption were the case for Dixon’s re-entry into municipal elective office. Usually those values have great currency within the black community where it’s an article of faith that everyone deserves a second chance. According to reports, a majority of voters who turned out on Election Day were moved by that message but those who voted early cast their ballots against a Dixon return engagement. The electorate was in an unforgiving mood.

Pugh, by most measures, presents acceptable credentials for the job as mayor—longtime service in the City Council, House of Delegates and State Senate as well as two previous runs for citywide office. That experience could serve her and the city well at working the angles and loopholes of government to assure that assistance continues to flow from Annapolis. Or, a quick scan of Pugh’s campaign finance report could signal a scramble by the Annapolis corps of lobbyists to establish a satellite base of operations at City Hall where service to clients could drown out the voices of the people.

But Pugh won’t be handed the franchise without a substantial argument, although odds-makers wink at the deception. Her general election opponent is Alan Walden, a well-known broadcaster with a baritone voice that can cause sonic booms as far away as Delaware. (Disclosure: Walden and I worked together for 22 years at WBAL Radio.) From his years behind the microphone and his deep involvement in civic affairs, Walden is equally conversant on what ails Baltimore. And the problem that Walden faces is this—there are, by the latest count, 294,992 registered Democrats in Baltimore and 30,986 Republicans.  Baltimore’s last Republican mayor was Theodore R. McKeldin Jr. in 1963. That and sharing the Republican ballot with Donald Trump.

Walden, unlike prior GOP candidates for mayor of the nearly 10-1 Democratic city, has an ally in the State House in the well-liked Republican Gov. Larry Hogan, a rarity in Annapolis as well as Baltimore. Hogan, from his lofty perch as nominal party leader, can, if he chooses, unleash his team of fundraisers, consultants and whatever else exists of his election machinery to try for a GOP takeover of City Hall for the first time in more than half a century.

The urge these days in Baltimore is to mark time by events, the most recent line of demarcation the death of Freddie Gray while in police custody. The one-year remembrance of the occasion was observed last week. A year ago there was pandemonium at one major intersection of the 92.5 square-mile city but the mindless contagion quickly spread to other neighborhoods via television. Judging from the national exposure, there was an impression that the entire city was aflame and under siege. Such imagery, real or imagined, will test the next mayor’s mojo. (I personally know of one major business that cancelled a contract to locate in Baltimore because of the riots.)

History is a stern taskmaster. Stephanie Rawlings-Blake missed the opportunity to display firm leadership during the turmoil that overtook the city following the incendiary event. That failure in crisis management contributed, in large part, to her decision to forego election to another term as mayor. And the costly pause of indecision still often brings stinging reminders from Republican Hogan. From her beginning days as successor to the convicted Dixon, Rawlings-Blake demonstrated a tin ear for the sounds of the city. Yet paradoxically, she showed her moxie when she dug Baltimore out of two of the worst snowstorms in history, one at the beginning days of her time as mayor, the other in the final winter of her long good-bye.

Baltimore is on call-waiting, just hanging out until someone comes along and grabs it by the scruff of the neck and drags it kicking and screaming into an exciting new era of growth and opportunity. There are others, outside looking in, to see if city leaders are smart enough to recognize opportunity when it stares them in the eye and to seize it before it slips away. Then they will come.