Poll leaders Catherine Pugh and Shelia Dixon are as unrealistic as the men. 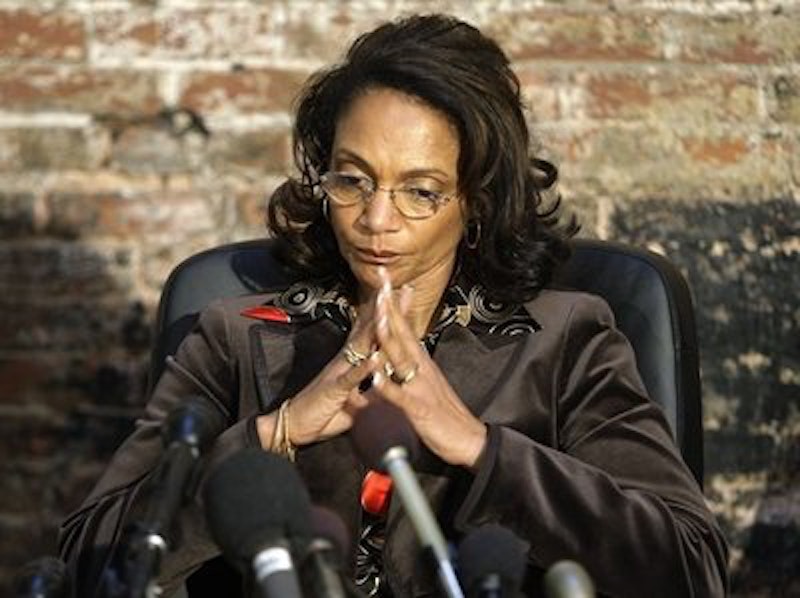 Let’s stipulate, right up front, that every candidate for mayor of Baltimore wants the same things—property tax cuts, decent housing, adequate schools, efficient public transportation, police and prison reform, drug rehab programs, jobs, parks and recreation areas, glitzy new buildings sprouting all around the city and someone to pay for it all.

Getting there is a struggle of the imagination. In an effort to stand out from the crowd, candidates are assuming downright naïve, if not totally silly and certainly fantastical positions, especially about taxes. In the great bluster of words in the campaign for mayor, the candidates have sketched a city that resembles the mythical Xanadu with crabcakes rather than the quirky down-at-the-heels town by the Patapsco drainage basin that we all live, work and play in.

Consider this: Carl Stokes, City Council member, wants to cut the city’s property tax rate in half. It’s now double that of any other subdivision. He would make up the money from a curious and elusive source—the city’s growing economy. Stokes has been around a while and ought to know better. And he’s chairman of the Council’s Finance Committee? Even the idiosyncratic William Donald Schaefer couldn’t get away with budgeting hot air.

But not to be outdone, Nick Mosby, another Council member, has proposed a 15 percent cut in the property tax, to be paid for with a fee on trash collections. Nick, here are the facts: That’s giving money with one hand and taking it with the other. But you already knew that when you winked. What’s more, most people in this town don’t even have trash cans. It’s so bad the city’s going to distribute them free. Will you also tax the trash heaps in the alleys? How would you collect the fee? On the property tax bill? Or the water bill? Or maybe a separate bill? Two-thirds of the folks in Baltimore don’t pay property taxes. Many skip out on their water bills. And forget about a separate bill. The Post Office can’t even find half the addressees in Baltimore. A reminder to both Stokes and Mosby: The city faces a $65 million deficit next year.

Most important, in case Mosby missed it, those homeowners who do pay property taxes get a significant tax break and deduction on their federal income taxes. That would be lost, for sure, because the IRS would probably not look kindly upon any citizen who filed for deduction of a trash collection fee. So those who pay property taxes would be hit with a double loss under Mosby’s plan—the fee and the tax write-off.

Here’s another campaign roundelay that sounds pregnant with promise until it’s parsed and dissected. Sheila Dixon, the once and perhaps future mayor, says she’ll “clean out the Department of Transportation.” It sounds as if there’s a major infestation problem that requires an exterminator instead of a mayor. Essentially what Dixon’s saying is that she’ll replace all the current patronage appointees with her own friends and cronies.

But hear Stokes again: he’ll “ask for the resignation of everybody in city government.” Again, that means he’ll get rid of the old and experienced and bring in the new and uninformed—his friends and supporters. Stokes also wants to “build a streetcar line,” but he doesn’t say to where and who’ll pay for it. And Sen. Catherine Pugh, who’s now statistically even with Dixon in the newest Baltimore Sun/University of Baltimore poll, wants people “biking everywhere.” That’s terrific, healthy and organic, but that would be some kind of bike that can haul groceries and dry cleaning.

Here’s a quick fact check on transportation: The State of Maryland owns, operates and finances the Baltimore bus system, the subway and the light rail system. The state bought the bus system back in the 1970s when the city was broke, needed cash and Schaefer was selling off assets to the state that the city could no longer afford to operate—including Friendship Airport (now BWI-Marshall) and City Hospitals (now Bayview). Theoretically, the three transportation modes are financed out of the fare box, i.e., the amount of revenue they collect helps to underwrite their operation. So there really isn’t much the city can do on its own about public transportation unless it pays for new systems as Dixon did with the Circulator when she was mayor.

So here’s the point: The state gives Baltimore $20 million each year for the next six years to plan what is called the “Baltimore link,” a coordinated transportation system that integrates bus lines, the Metro and light rail that, working with state transportation planners, will move people efficiently around the region. To Dixon’s point, the city’s current Department of Transportation has done nothing to advance the planning.

Elizabeth Embry and David Warnock both favor a revival of the abandoned Red Line in one form or another but that would require a decision by Gov. Larry Hogan (R), who seems to favor moving cars instead of people. Embry wants an East-West rail line, while Warnock would truncate the line, run it from Security Blvd. with a transfer terminus at Lexington Market which, he says, “can be our Penn Station.” Republican Alan Walden joins the public transportation clamor. “I am a Republican candidate,” Walden is quoted as saying. “That doesn’t mean I’m going to be in lockstep with Gov. Hogan on all issues. And this is one of them.”

At the core of the mayoral debate is affordable housing, with lead paint front and center as an issue. A city with a population that lives on the brink of eviction is unstable in many other ways. There’s a range of proposals to grapple with the problem, from reviving Schaefer’s dollar housing program (as is underway in Detroit) to demolishing large tracts of abandoned houses to make way for parks and open spaces, which Hogan plans to do. Leaving blank spaces does not solve the city’s housing problem. But listen to Stokes again: He wants to replicate Kevin Plank’s multi-billion dollar Under Armour Port Covington redevelopment plan across the city. (Plank is asking the city for $585 million in infrastructure funds which would be paid for with bonds. Stokes, and now others, has opposed breaks for developers.) Dare to dream, Carl.

There are 21 candidates playing the percentages to succeed Stephanie Rawlings-Blake, who decided not to seek reelection as mayor—13 Democrats, five Republicans and three Green Party candidates. On the Democratic side, where there’s a 10-1 registration advantage, based on a rough consideration of turnouts and other election information, it will take surprisingly low number of votes to win the Democratic primary, maybe around 8000. Each of the most recognizable candidates—Dixon, Pugh, Mosby and to a lesser degree, Stokes—has a constituency of their own. And that’s what they’re counting on in the turnout numbers game. In the Republican and Green columns, even remarkably fewer, almost next to none, register on the voter turn-out meter. There are 288,000 Democrats, 31,000 Republicans and 1200 Greens registered in Baltimore.

Television advertising may seem to have upset the usual order of primary elections by scrambling the rankings through recognition more than organization. But it is, nonetheless, organization—identifying the vote and getting it out on Election Day—that drives primaries and is the one ingredient that polls cannot identify. Thus, the virtually unknown and politically unconnected Warnock has leapfrogged into third place in the polls by spending hundreds of thousands of dollars on TV advertising. Ditto Embry who has climbed to fourth.

The Sun/University of Baltimore poll has two points separating Dixon and Pugh, with Pugh topside in what is mathematically a dead-even race. Earlier surveys heavily favored Dixon, but Pugh’s huge bankroll, fertilized mainly through her alliance with Senate President Thomas V. Mike Miller (D- Calvert), has propelled her ascendency. The black matriarchy is the mighty force in Baltimore’s elective politics and that would appear to give women candidates the advantage to continue in City Hall.