Baltimore’s Upcoming Mayoral Primary a Jumble of Race and Gender

No front-runner has yet emerged. 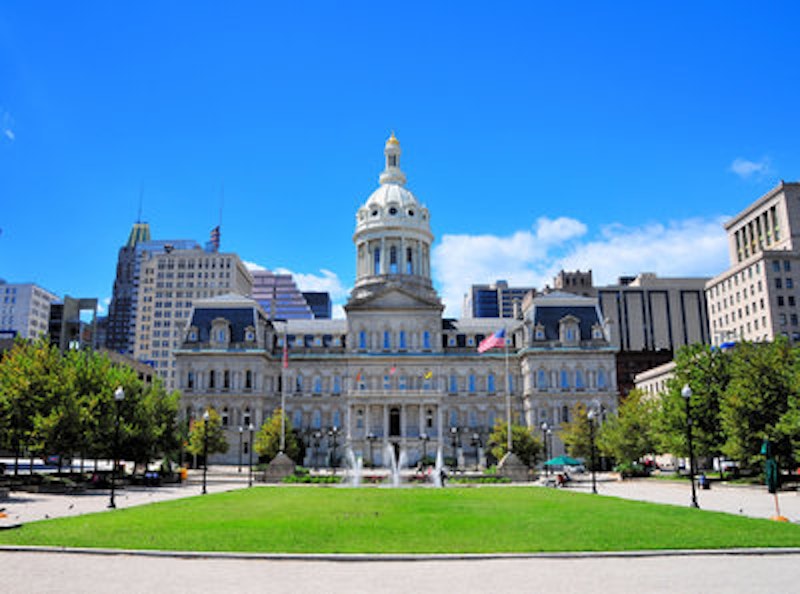 Baltimore’s campaign for mayor has become a contest of diminishing returns. It resembles the Republican presidential primary in the mathematical sense that the gamble is worth the entry fee because the more candidates there are the fewer the number of votes needed to win.

Given those registration and turnout figures—an average of 30 percent—and the number of candidates, it would take roughly a scant 7000 votes to win the Democratic primary election and the nomination for mayor and, for the record, only a single vote (his or her own) for a smart Republican to win the right to challenge the winning Democrat and—laugh if you will—possibly capture City Hall in this crime-riddled city.

However, the formulation might hold up but the numbers may vary. For the first time in modern Baltimore politics, the campaign for mayor coincides with the primary nomination of presidential candidates. And while Maryland is a pass-by state that doesn’t attract much presidential attention, the presence of two Democratic personalities may boost turnout: Hillary Clinton is enormously popular among blacks as is native son Martin O’Malley, who has always pulled about 90 percent of the black vote in his five campaigns for mayor of Baltimore and governor of Maryland.

Add Ben Carson to the suspense as well if he has the staying power to last until the Maryland primary on April 26, 2016. The GOP presidential candidate and co-front-runner at this time, though not a native Marylander, spent most of his illustrious medical career as a pediatric neurosurgeon at the Johns Hopkins Hospital. He brings a certain meditative appeal to the ballot as well as a formidable but bloviated resume.

Against this backdrop of arithmetical possibilities and ebony-and-ivory matchups, the probable entries for the mayoral seat are a cross-section of existing Baltimore politics flecked with a few repeat performers and pretenders, one pushing the family name to the municipal payroll limits and a couple of surprise newcomers. All, no doubt, have calculated the slide-rule possibilities of massaging the math curve.

Race could also contribute a significant ingredient to the election in that blacks tend to vote black and, in this case, whites could express their ethnic identity as well because of the quality of the candidates who’ve announced their applications for the job opening. And yes, arguably, the two whites could split the white vote. But it is equally debatable that the presence of one might diminish the staying power of the other and result in a singular drop-out. Conditions have deteriorated to the point where city residents are desperate for a resolution no matter what the hue.

So saying, Elizabeth Embry, daughter of Abell Foundation President Robert C. Embry Jr., himself once a tentative candidate for mayor, is the latest entry into the extensive line-up of candidates for mayor. She brings to the race an impressive legal resume that might appeal in a city where the soaring murder statistics have blown away old homicide records—criminal division chief in the Maryland attorney general’s office, a former top deputy in the city state’s attorney’s office and acting director of the Mayor’s Office of Criminal Justice.  She wears the chevrons of Yale and the Columbia University School of Law.

But it’s Embry’s father’s standing in the community and his expansive connections that are her hidden asset. A former City Council member, city housing commissioner and assistant secretary at HUD, Robert Embry has the kind of Rolodex through which he can reach out and touch the great and near-great in Baltimore for campaign contributions and support for his daughter.

The other white candidate is David L. Warnock, a businessman and former chairman of the Greater Baltimore Committee who brings a bulging portfolio of business experience and a reputation for being uniformly regarded as a standout guy who performs many good works through his foundation. A venture capitalist, Warnock, 57, sits on several boards, is a philanthropist and founder of a charter school in West Baltimore. It can be said of Warnock that he puts his money where his mouth is and seeks no attention for it.

Most recognizable among the candidates is former Mayor Sheila Dixon, who was forced to relinquish the job when she was convicted of using gift cards intended for the poor to go on a shopping spree for herself, her family and friends. Stephanie Rawlings-Blake was elevated to the mayor’s office from the City Council presidency in the detritus of Dixon’s conviction but was never quite able to resonate with the tone and the rhythm of the city in the same personal way that Dixon had. Rawlings-Blake has decided not to seek reelection partly as a result of the cascade of criticism following the April riots.

It’s amusing to note that if the list holds firm, or even grows, Baltimore television stations will face the same daunting crunch that befuddles the networks in the Republican primary—applying the illusion of fairness while at the same time providing an interesting debate with viewer appeal. But alas, there is no Donald Trump among the Baltimore candidates. Imagine, though, words and phrases such as “undercard,” “second tier” and “kiddie’s table” creeping into the vocabulary of Baltimore’s TV anchors.

The last white candidate before O’Malley who waged serious campaign for mayor was Councilwoman Mary Pat Clarke, who ran against incumbent Mayor Kurt Schmoke, though the contest is mentioned nowhere in Clarke’s biographies. Clarke, who is popular in the black community, especially among black women, ran an aggressive campaign that at times gave her the appearance of a winner and a giant killer. But in the end she was defeated by Schmoke. O’Malley, as every political hobbyist knows, won three terms as mayor, his first in a three-way race with two blacks—Stokes and Lawrence Bell. As with this mayoral election, the seat was vacant when O’Malley ran.

Baltimore’s black population is currently 69 percent in a city that is losing population and struggling to repair the physical and psychic damage that it suffered in the riots that followed the death of Freddie Gray while in police custody. And while primary election voting in the city is traditionally low-to-moderate, the black matriarchy holds the key to the voter base as well as the determining factor in Baltimore elections. As if to underline the point, women hold every major elective office, save one, the City Council presidency, in Baltimore—mayor, comptroller and state’s attorney.

Since the long and imperious reign of William Donald Schaefer as mayor ended early in 1987, Baltimore politics has been a joyous jumble of gender and race, alternately black and white, male and female, notably all Democrats. The current roster of candidates offers voters the same blend of choices in a city that has already established a number of electoral firsts.