Rawlings-Blake is, for better or worse, trying to create a legacy. 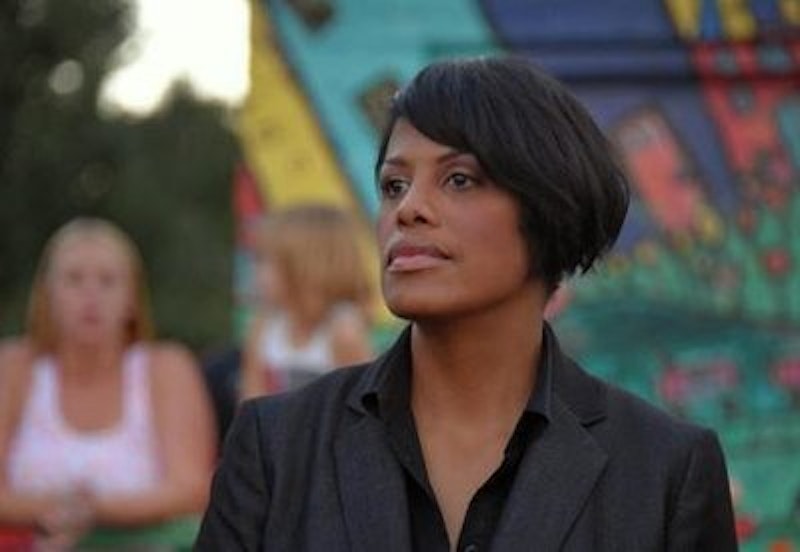 Baltimore Mayor Stephanie Rawlings-Blake is not acting and sounding like the lame duck many think she is since her announcement not to seek reelection. And those who view her that way misunderstand the nature of the office as well as the will of the woman.

Get something straight, right up front: the phrase lame duck can be a pejorative or a check mark on the calendar, depending on who’s saying it and why. Any official is, by definition, a lame duck from election to election. So to her enemies and to those who lack understanding of the office, Rawlings-Blake may be powerless for the remaining 15 months. But anyone who wants something from City Hall knows better. They’d better court her as an ally.

The power of the mayor of Baltimore is awesome. The power and the authority of the mayor’s office derive from its structure as much as the individual who inhabits it. The mayor’s office, like the office of the governor of Maryland, is among the most powerful in the country under the city charter. The city’s form of government is a microcosm of the state’s. Given the power and the determination, the mayor can pretty much exercise her will, within reason, of course.

The mayor controls the city’s budget, all the agencies and departments of executive government and the benefits that flow from them. But most of all, the mayor controls the Board of Estimates, which has approval rights over all money awards, contracts and development rights. And the city solicitor, who gives legal advice to both the mayor and City Council, is also her choice.

(Historical footnote: The existing city charter, though amended many times, was originally coordinated, drafted, and guided through voter approval in 1963, by Paul Sarbanes, who served as executive director of the Charter Revision Commission. Sarbanes was then an attorney with Venable, Baetjer and Howard—now Venable LLP—before moving on to elective politics, beginning with the Maryland House of Delegates in 1966 and on to Congress and the U.S. Senate.)

Though the mayor’s office and the City Council are technically separate branches of government, the mayor usually holds say and sway over executive proposals as they glide through the Council and its committees. Rawlings-Blake has enough allies on the Council, including its president, Bernard Jack Young, to assure favorable outcomes even though there are occasional eruptions over details.

For Rawlings-Blake, as well as other officials not seeking reelection—including President Obama—not having to face the voters again can have a liberating effect: no more pandering, no more pressure, no more fundraising, no more campaigning but simply trying to get the job done for the people but mainly for the legacy.

It could be argued, for example, that Obama is a much more buoyant person and effective leader now that his time is almost up. And Maryland Gov. Martin O’Malley (D) never let the ticking clock inhibit him from having his way. He pushed through some bold legislation during his final year.

Rawlings-Blake has laid out a menu of old and new ideas that she hopes to enshrine in her final year and three months in office, according to reports. Foremost among them is the installation of Kevin Davis to the rank of permanent police commissioner, an upgrade from his acting status. Davis, of course, is eager for the epaulets. Young, the City Council president, believes the permanent choice belongs to the next mayor.

Still lingering, too, is the dispute with Young over the contours of the proposed building and refurbishing of recreation centers and pools. Rawlings-Blake wants to raise $60 million by selling city-owned garages to help pay for $136 million in upgrades to fitness and wellness centers, five community centers, four outdoor sports centers and four pools.

Young, however, proposes selling the money-losing city-owned Hilton Hotel to finance two large recreation centers, one on the east side of town and the other on the west. And finally, there is the continuing application of $1 billion in state school construction money toward building new schools and improving old buildings.

Cities go through rhythms and cycles—they bloom, they collapse, they rise again from the detritus of H.L. Mencken’s characterization of Baltimore as “the ruins of a once-great medieval city.” But one thing remains constant. The formulation for municipal governance is simple: pick up trash, plow snow and keep the fingers out of the tambourine. And, of course, remember to utter frequently in public the mantra—“I love this city.”

Politically, Rawlings-Blake seems all head and no gut. If she had a shortcoming as an elected official, it was her attitude and not so much her performance. From almost the day she took office in the wreckage of Sheila Dixon’s dismissal by dint of criminal conviction, Rawlings-Blake dug Baltimore out of a crippling snow storm with record speed and efficiency. At the closing of her years as mayor, Rawlings-Blake presided over a city with a soaring murder rate that by late summer that had already surpassed last year’s total number of killings.

But from there she seemed to turn a cold shoulder on her hometown. She always appeared lint-free, almost unseen in the initial hours of carnage and the trashing of Baltimore following Freddie Gray’s death. She created a charisma vacuum in a battered city that badly needs a hug. Her decision, according to those around the mayor, shocked but didn’t surprise her covey girlfriend insiders. Some noticed, they said, a subtle change in her behavior. The resignation notice was issued at a staff gathering which, as probably anticipated, could not be contained until the next day’s formal announcement that was already preceded by the leak. The news of Rawling-Blake’s planned departure from City Hall caught nearly everyone off guard and unprepared.

This transition puts Baltimore in kind of a netherland for another year as it continues to lose population and its former eminence as Maryland center of gravity in politics. But Rawlings-Blake realized that it was time to move on, to hand off the impossible job of governing an impecunious city to another and concentrate on her job as mayor for the remainder of her term rather than assume the rigors and distractions of difficult campaign and a forceful challenge.

Newly released from the bondage of a campaign and the beggarly need to raise funds, Rawlings-Blake has sought to renew her frayed relationship with Gov. Larry Hogan (R) who appeared to thumb his nose at the city with a series of rejections and put-downs.

Hogan, in turn, responded with an op-ed in The Sun (probably pre-planned and not related to Rawlings-Blake’s meeting last week.) Hogan promised to blow up Baltimore’s abandoned houses and create parks in their place as well as to rearrange the city’s haphazard public transportation network. Yes, but dynamite does not attract people or add to the tax base, which is what Baltimore needs right now.