Maryland has had a long and colorful tradition of hosting a gambling culture dating back to the Colonial days. 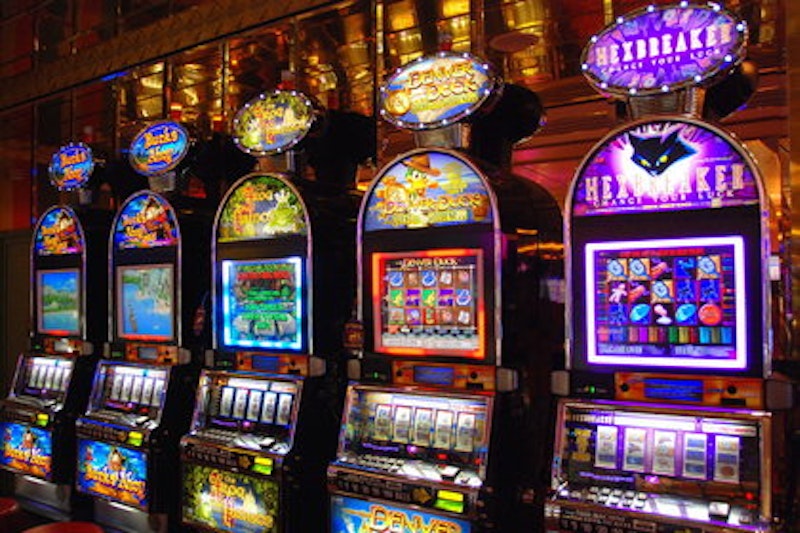 Exactly 50 years ago, in the spring of 1962, a political novice and upstart candidate for governor of Maryland changed the course of history by forcing the state to abolish slot machines in the four Southern Maryland counties where they were legal and others where they were not. Last week, the newest of five authorized casinos opened in Maryland with the largest number of electronic gambling devices anywhere and the state appears ready to approve a sixth gambling emporium on the banks of the Potomac River.

The 60’s outlier gentleman-politician-reformer was David Hume, a Charles County resident and son-in-law of billionaire industrialist Cyrus Eaton. Hume’s pre-television era message was a one-note primal scream: Sanitize Maryland by ridding the state of the corrupting influence of slot machines. Hume collected a respectable, in those days, 118,000 votes in the 1962 Democratic primary election for a third-place showing (George P. Mahoney ran second), but enough to scare the stuffing out of Gov. Millard J. Tawes (D) in his run for a second term.

Slots in those days were legal in Anne Arundel, Charles, St. Mary’s and Calvert Counties. They were authorized by local referendum and materialized mainly around military installations following World War ll. Slots also operated illegally along the boardwalk in Ocean City and elsewhere. Slots were especially lucrative in Hume’s home county of Charles, where piers had been built extending outward from Virginia to the Maryland side of the Potomac River to engage the gambling impulses of neighboring Virginians. At their peak in the 50s, there were nearly 5000 slot machines operating in Maryland, more than any other place on the planet and about as many as there will be under one roof at Maryland Live! at Arundel Mills or at the proposed new casino at National Harbor.

Over the years, there were stories about law enforcement officials on the payrolls of slots operators, bribes of public officials and mothers with babies on their hips pouring their weeks’ grocery money into the voracious maw of slot machines a coin at a time. The slots parlors of the era were seedy and run-down, usually in bare Quonset hut-style buildings, and not the kitschy stylized glitz of today’s casinos. Hume had witnessed the plunder first-hand. It was said, at the time, that two terms as sheriff of Anne Arundel County provided a comfortable retirement. Even Tawes, in 1962, had received $50,000 in campaign contributions from slots entrepreneurs. They thought they had a friend and ally in the governor.

The U.S. Senate’s Kefauver Crime Committee’s investigation established a direct link between organized crime and the slots operators in Maryland. Congress passed a law prohibiting the shipment of slot machines across state lines. Displaying a creative mercantile flair, one major machine manufacturer built a plant in Baltimore County that supplied slot machines for the operators in Southern Maryland and elsewhere in the state.

Shortly after the primary election, Tawes invited Hume to his State House office for the obligatory political reconciliation. Hume’s price for the endorsement Tawes sought: a promise to abolish slots. The deal was cut and the endorsement was made. Tawes, newly re-elected, introduced the legislation in the 1963 session of the General Assembly and, accompanied by the background of a grand jury investigation of allegations of bribes and payoffs, slots were effectively abolished, phased out over a five-year period to allow local economies to adjust to the loss of revenue and the resumption, once more, of paying property taxes which had been virtually eliminated and offset by the local governments’ share of slots proceeds.

Maryland has had a long and colorful tradition of hosting a gambling culture dating back to the Colonial days when George Washington traveled to Old Hilltop, in Baltimore, to place a wager or two on horse racing. Lotteries in Maryland financed cathedrals, colleges and monuments and the entire Roman Catholic parochial school system would probably collapse if Bingo were outlawed. Tip jars abound as do punch cards. In the 50s, the state assumed regulation of racetracks to cleanse the sport of corruption. Today, the state employs one form of gambling, slot machines, to financially prop up another, horse racing.

The Maryland Lottery is the state’s third largest source of revenue after the income and sales taxes and the Lottery happily co-exists with the illegal numbers which have prospered since the late-night Lottery drawings began. The illegal numbers now use the legal Lottery numbers instead of the old daily treasury balance and they get about seven more hours of play every day. The odds of winning on the street numbers are better, too. To wit: There are an estimated 12,000 gambling machines of various nomenclature operating illegally across Maryland, according to an earlier study conducted for the Maryland Lottery.

Around the time of the 1986 campaign for governor, Attorney General Stephen H. Sachs ruled that slot machines at fraternal organizations and lodges on the Eastern Shore were illegal. His opponent for governor, Mayor William Donald Schaefer, of Baltimore, seized the issue and said he would reinstate them if elected. Schaefer, as governor, did, as promised, only to complain later that the machines were totally out of control and that it was impossible to determine how many were actually operating and how much revenue they produced.

Parris Glendening was a born-again virgin on the issue of gambling. Glendening, as executive of Prince George’s County, presided over the largest gambling operation in the state at the time with a weekly free-for-all called “casino nights” which were operated by fire companies and the sheriff’s office. Later, as governor, Glendening abolished the practice because corruption was rampant. As governor, Glendening cut a secret deal with Baltimore Mayor Kurt Schmoke to legalize slot machine gambling. When Schmoke went public with the agreement to hold Glendening to his word, Glendening denied there ever was a deal and became a crusading moralist against gambling, the Elmer Gantry of the anti-slots lobby.

The slot machine issue was revived by Republican Gov. Robert L. Ehrlich Jr. who was unable to advance the program because of resistance from the Democratic General Assembly, more to the point, the House of Delegates and its speaker Del. Michael Busch (D). But the impasse was broken under Gov. Martin O’Malley (D) through an agreement to send the issue directly to the voters. The rest, as they say, is history.

The Baltimore gambling franchise is yet to be awarded. If it is granted to Caesars, as expected, it’ll be a homecoming of sorts. The original Caesars Palace, in Las Vegas, was founded by Baltimorean Nathan (Natie) Jacobson who got the idea for Caesars Palace after traveling to Las Vegas on a junket. He persuaded investors such as Irv Kovens and Milton (Tubby) Schwartz, and other Baltimoreans, to join him in the venture. Jacobson eventually lost Caesars and moved on to Lake Tahoe where he angered environmentalists by bulldozing pristine forest area on the North Shore to build Kings Castle. Most casinos at Lake Tahoe are on the honky-tonk South Shore.

The sixth casino under consideration would be built at National Harbor by developer Milton Peterson, of the Peterson Companies, headquartered in Fairfax, VA. Peterson’s original developer-partner, Tennessee-based Gaylord Enterprises, built the massive hotel at National Harbor, but as an evangelical Christian has been opposed to gambling.

Nothing comes between good friends like good money. Within days after a working group was appointed to consider expanding the state’s gambling franchise to National Harbor, Gaylord Enterprises announced that it was selling off its hotel brand to Marriott, of Bethesda, MD. The casino location at National Harbor is being actively pushed by Senate President Thomas V. Mike Miller (D) and Prince George’s County Executive Rushern Baker (D). Baker says he opposes gambling but favors the casino as a revenue raiser. If Hume were alive today, he’d probably say, what goes around comes around, especially when it involves money. Everybody has a hand out.