Larry Hogan’s determined to leave the business of Baltimore to others. 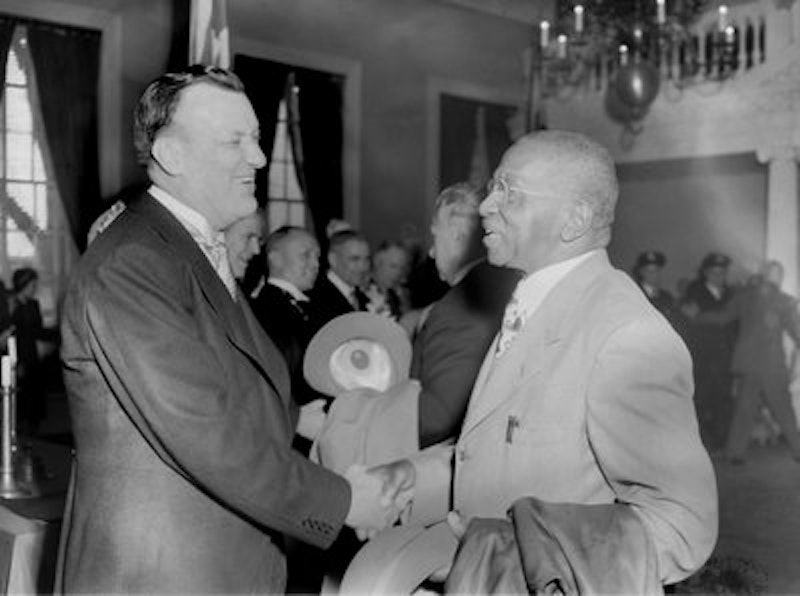 Maryland’s Republican Gov. Larry Hogan has no plans to get involved in the race for mayor of Baltimore even though his enormous popularity and fundraising ability might help the party’s candidate in a city that hasn’t elected a Republican mayor since 1963, and that was with the help of a Democrat as a running-mate on the first and only fusion ticket. The anomaly of a hybrid ticket was outlawed immediately after the election.

Back then, Theodore R. McKeldin Jr., former mayor and two-term governor, won the Republican nomination to return to his old City Hall office. But Hyman A. Pressman, a self-styled civic watchdog, lost the Democratic race for comptroller. The idea was hatched to join the two on a fusion ticket as a sure path to victory in the general election. The McKeldin-Pressman ticket won a convincing victory over the Democratic candidate, incumbent Mayor Philip H. Goodman. The General Assembly, at its next session, banned the practice of losing a primary election as the candidate of one party and running on the ballot of another party in the general election.

But no such aberration exists in this year’s election for mayor. And Hogan’s reluctance to get involved in the heavily Democratic city’s election may have more to do with the byzantine politics of Annapolis than any fear of treading into the state’s largest city’s internal business. A top political aide to Hogan, nonetheless, says (not for attribution) that the Governor will stay out of the fray and let city voters decide who will govern them.

The two contenders representing the major parties are Sen. Catherine Pugh, Democrat, who’s been down this path before, and Alan Walden, Republican and a former broadcaster and civic busybody. And there the entanglement begins. Though Hogan is remaining technically removed, the contest for mayor of Baltimore is being orchestrated out of the State House by allies of Senate President Thomas V. Mike Miller (D-Calvert), whose support Hogan needs to see movement of his legislative agenda, in whole or in parts. Put another way, Hogan cannot afford to offend or alienate Miller or, indirectly, a sitting state senator in the overwhelmingly Democratic Assembly whose term, technically, would run through a December swearing-in if she were to win as mayor. To thicken the plot, many of the conservative business executives, both Democrat and Republican, are supporters and financial backers of Hogan and are also aligned with Pugh.

Walden commands no such cachet. A novice candidate albeit with decades of political reporting and issues analysis on his resume, Walden’s entry card is his sonic boom voice which is recognizable from his years as news anchor on WBAL Radio and his civic involvement in a number of organizations, most notably Friends of Fort McHenry. Walden’s also an historian of some note, but he has no long-standing ties to the local or state Republican party to stake a claim on loyalty, party call or its fundraising apparatus. And in this upside down election year, having Donald Trump on the Republican ballot as a running-mate may or may not have its benefits, which is anybody’s call. As a general rule, Republicans in Baltimore turn out in greater numbers (such as they are) for general elections than primaries because they rarely have a contested primary. (Disclosure: Walden and I worked together at WBAL for 22 years, and we serve together on a board. Walden was not interviewed for this column, nor was he aware of its being written.)

Much of Pugh’s money for the nasty primary election, in which she defeated Former Mayor Sheila Dixon by 5000 votes in her bid for redemption, was raised by functionaries from Annapolis, principally lobbyists who are friendly with Pugh and apparently would like to extend their influence to Baltimore’s City Hall. Here, again, Hogan could provide a helping hand to his party’s candidate as the GOP’s titular head by helping to raise funds to underwrite a respectable campaign. Walden appears to have raised little or no money, though the initial general election reporting period is several weeks away.

Pugh serves as majority leader of the Maryland Senate, which is dominated by Democrats and controlled by Miller. She ran for mayor in 2011 but was defeated by Mayor Stephanie Rawlings-Blake who, following last year’s riots, announced that she wouldn’t run again. Pugh was elected to the City Council in 1999 and ran for its president in 2003 but was defeated by Dixon. She was appointed to an open seat in the House of Delegates in 2005 and ran for the Senate in 2006 where she has served since.

Pugh, or any Democrat, for that matter, enjoys a huge numerical advantage in Baltimore. But in her case, gender adds bonus points as well. According to the latest State Board of Elections figures, there are 304,832 registered Democrats and only 31,734 Republicans. Even unaffiliated, or independent, voters, at 44,315, outnumber Republicans. In Baltimore, with a black population of about 69 percent, the black matriarchy—the largest reliable voting bloc in the city—determines election outcomes. And, as with Trump on the GOP side of the ballot, Hillary Clinton, the Democratic presidential candidate, has failed to ignite the party’s base, especially blacks and young people. The turnout, though numerically uncertain, is crucial from top to bottom of the ballot.

Thus, Hogan’s priorities, or his bona fides, do not appear to be aligned with his Republican party so much as they reflect a pro-business, minimalist government ideology. Hogan, for example, has steadfastly refused to endorse Trump for president. Hogan also skipped the Maryland Republican party’s annual fundraiser for the second year in a row. He appears less interested in who governs Baltimore, or any other local jurisdiction, than, say, reducing the admission fee to a state park to reveal his anti-tax sentiment. And recall, too, that Hogan’s candidacy for governor originated through the anti-tax organization he founded, “Change Maryland,” and not through the formal channels of the Republican Party.

For the coda to the history tutorial, the Republican party of McKeldin in 1963 is the precise opposite of today’s GOP, locally and nationally. McKeldin, unlike Hogan, was a liberal and a champion of civil rights who often crossed party lines to underline his convictions. Across Baltimore there were numerous black Republican clubs, including one at Morgan State University (then College.) And the precinct leaders in those days, alongside Democrats, were black Republicans such as Archie Jones, from South Baltimore, and Marshall Jones (no relationship), a funeral director and head of the Baltimore Election Board under McKeldin. Others who were aligned with the McKeldin wing of the GOP were Charles McMathias Jr., congressman and senator, Kitty Massenberg, the GOP national committeewoman and Eldred Rhinehardt, the GOP national committeeman, to name a few. It was the GOP’s liberal hour in Maryland, which began to disintegrate when President Lyndon Johnson signed the Civil Rights Act in 1964 and faded further when he signed the Voting Rights Act in 1965. McKeldin attended the White House signing ceremonies as the guest of Johnson, who McKeldin endorsed in 1964 over Republican Barry Goldwater.

Despite all the heroic talk about restoring a workable two-party system in Maryland, and in Baltimore, to break the Democrats’ stranglehold on politics and policy, Hogan has shown little interest in being a true agent of change beyond meaningless gestures and blustery talk against taxes. With a favorability rating of 71 percent in the polls, you’d think he’d want to convert that goodwill into action. A convenient place to start would be to show some interest in his party’s election for mayor of Baltimore, even if the odds are stacked against it.