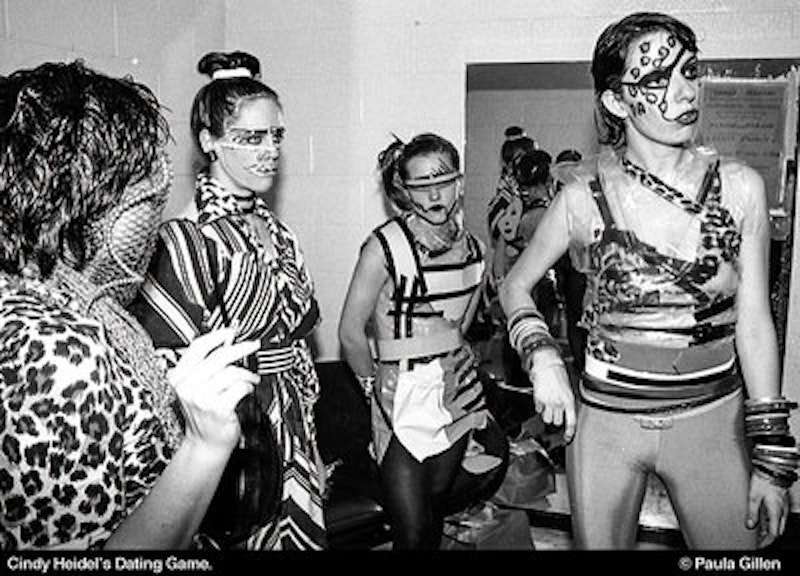 Do you recall a subversive, underground artist culture that thrived in Baltimore during the late-1970s to the early-1980s? It stands to reason the city’s current population may have a troublesome time remembering before Artscape.

Baltimore’s always been home to an eclectic collection of artists. If you were a regular in the Marble Bar subterranean catacombs or worked at Martick’s, Second Story Books or Louie’s with every other artist, lurker or social misfit, you were privy to an abundance of engaging artistic expressions. These were just a few establishments that served as the city’s cultural conduits.

The appearance of the worldwide punk phenomenon that covered London, New York, Baltimore and other far corners was more ground-breaking than one might suspect. As Maryland Institute, College of Art (MICA) students in 1977, we quickly realized punk’s importance.

The insane days of xeroxed event flyers stapled to Charles Village bulletin boards and telephone poles employed countless navigators along the way. A generation of misfits yearned for a new departure point that could jettison our suburban roots. We quietly entered a heritage performing countless works with a sense of experimentation and freedom. The process was time consuming, rewarding and a lot of fun.

Was there ever a plan? No.

It’s an intense short-lived story. I’m not going to dry my eyes in self-absorption, so I’ll paint with broad brushstrokes. If you’re interested in the vibrant times, there’s an exceptional lower Manhattan-centric book, The Mudd Club by ex-doorman Richard Boch.

Back to Baltimore, many of the unforgettable and improvised events that had us nailed to our seats have been forgotten. There’re rumors floating around about pockets of archives; hidden goldmines of video cassettes, mixed tapes and yellow boxes of undeveloped rolls of Kodak Plus-X. That would be fun to see and explore. Lots of the fast-disappearing moments were under-documented and disappeared, leaving only scattered memories. One notable collection is Paula Gillen’s photographs on Flicker, which captures the spirit with some iconic images.

It’s cold outside, a large crowd huddles to keep warm. On January 19,1980 everyone’s waiting for Christ’s Church Red Door hall to open. Naturally, the place is jam-packed. The wait’s for an evening filled with lots of buzz, swirling in clouds of nicotine. Orchestrated by the Merzaum/CoAccident collective, the event featured a collection of genre-melting, never-too-weird, silly to depressing, in synch modern day Dadaists.

Poet Andrei Codrescu begins by reading his latest work, followed by no stranger to controversy, Dutch punk Gerard P. Pas. This performance had Pas sticking his polio-atrophied left leg into his mouth while reciting an attack denouncing society, “I got tired of being exploited.” Then the hall lights dim for Dead Strippers, a film in the Baltimore tradition. A blast of psychedelic, new wave dance music from DC’s Tiny Desk Unit tops the night off. The Lord definitely raised an eyebrow.

Sometime around the mid-1980s, an enormous upheaval occurred in music, fashion and technology. As the 20th century reached its end, a new digital environment blossomed. Social media’s arrival altered human interaction. We stood at the precipice of an abyss wherein an idea could materialize and expand across the entire globe in an instant. Existing artistic communities disappeared, fueled by eager developer’s real estate investments.

Artists who held an attitude of mistrust saw society dying on the vine. A quickie lifeline? Not happening. The blank generation blinked and punk disappeared. Some independent factions survived. A huge political and cultural polarization war between the right and left in America gained strength. Now it’s to a point where our sons and daughters wear classic black and white Unknown Pleasures t-shirts when they’ve never heard of Joy Division.

In the morning after, a question remains, was it all in vain? Forensic science will show it’s clear these original practitioners left a silent, invisible creative DNA sequence. Their stories are reference points for future generations’ rediscovery and helped lay the foundation for Baltimore’s recognized music scene. There’s no substitute for this city’s uniqueness— sounds like a Netflix mini-series pitch, great soundtrack.