Your Racism Creates More Work for Me 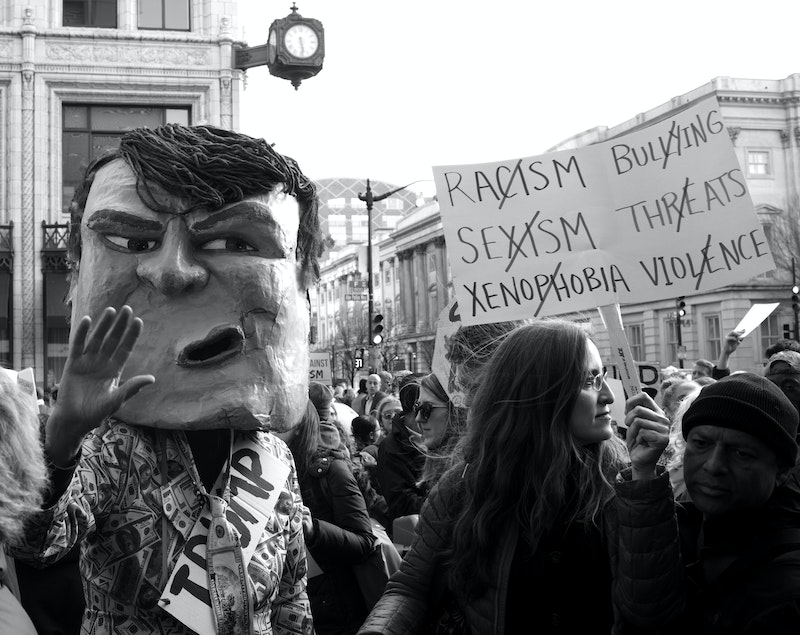 What’s going on right now in our cultural climate is a surprise to everyone but black people. We know that this country has not properly addressed its racial and patriarchal history, and right now Trump reiterates daily the train wreck of a society that happens when those in power ignore misogyny and systemic racism. Trump shows that money, power, and the access afforded by both can’t cure tone-deafness or bad character. Only education, exposure to other cultures, and kind-heartedness can fix that.

It wasn’t until my career in academia that I realized racism creates extra labor for minorities. Fact. Not debatable. We should get honorariums for the amount of times we’re just minding our own business at work and are tasked with educating “Becky” or “Paul” on actions that, although sometimes unintentional, show a devaluation of my existence.

As black people, our days are constantly interrupted with racism and ignorance. Sometimes I don’t feel like diving into the ways in which America hates my skin tone, but we have to seize any opportunity to educate. It’s a never-ending road though; whether I’m at my desk, taking a break in the kitchen, or drinking at the staff happy hour, as the black person in my office I feel like I’m always on call. At any moment I may be required to educate and comfort white people through their racial ignorance, because one less tone-deaf “all-lives matter” adult on the streets is a win for humanity—albeit at the expanse of my sanity.

Often the “resident diversity,” I have no choice but to enter conversations about race and sexuality even when I don’t want to. Sitting there silent as someone talks about issues that impact your personhood (sometimes) simply because “it interests them” infuriates me. I get creeped out when I’m having a conversation about race and injustice with a white colleague or peer and something seems off; survival for me is a newfound hobby or interest for them. We’ll never approach these conversations from the same personal experience, so this is why trust and recognition is vital; establishing common ground before diving in is what I think a lot of people miss. This means agreeing that reverse racism is impossible and queer people don’t “choose” to be gay before you let someone into your black or queer life. At this stage, living in this country as a black male, I don’t want these beliefs around me if I can avoid it.

A really smart friend and I were having coffee once and she said: I want to see spaces where white people are having these conversations with each other about confronting whiteness head on, and really doing it at the level of vulnerability that we (black people) do when we are constantly asked (by white people) to educate them and solve racism. I want spaces where a token is not needed in order to move the dialogue forward. That requires education, exposure to other cultures, and kind-heartedness.