A prose poem and memories of a difficult girl. 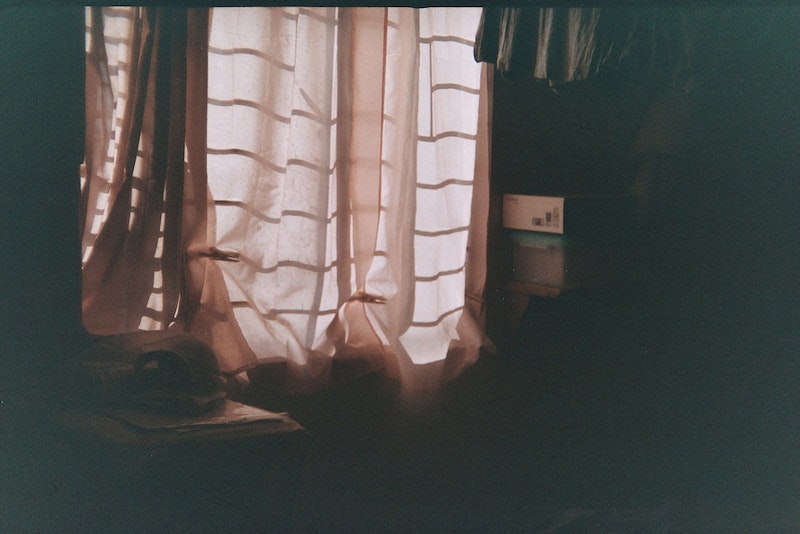 White walls and blond floorboards: my apartment. Like the scalp, it’s fine because it’s blank. Then I silt in with my belongings. Boom box and tapes and a baffling USB capture device and old copies of Publishers Weekly and open boxes of pens and so on. My belongings gather like dandruff in the seams of my apartment.

To me each item marks a snag in the decision process. I can’t make up my mind to abandon this particular thing and that particular thing, and in the end I’m left with a trail of them. I see it track along my apartment’s floor. None of the items are especially things that I want. But if I decide to do without any of them, I’ll be wrongfooting myself. How so? Differently with each item, a Canadian style manual versus a box of staples that are too big. And in no case is the potential wrongfooting mapped out. Glimpses flock at the back of my mind and I get a buzz of disquiet in the front, and my hand passes by the plastic squeeze ball or the notebook full of ideas from 1989.

I don’t care that much about any of them. They’re odds and ends, but they’re the only things I’ve chosen to hang on to. My belongings have no place to be, but here they are at my side. I can’t throw them out and I don’t know what to do with them. This confusion of small items is what I add to the apartment. I’m the litter. I am dandruff.

Scenes from youth. I don’t think I had a real date at any point in my 20s, and possibly not afterward. Instead other things happened, not large in themselves but still evidence of the wrong turn in my life. Here’s an example. First job out of college, I had a painful crush on a co-worker who dated investment bankers and read Kundera. She said how much she hated the song “Take on Me,” which had just come out. I liked that song and still do, because I like uptempo pop. The girl deplored the song—Reagan-era values. While saying this, she moved her head from side to side and made a mournful face.

Later, toward the end of our time at the same office, she told me about how she’d been molested, or abused. I don’t think it involved touch. She was made to pose in her underwear for her baby-sitter, a young man. I think her sister was also victimized this way; there were brothers too, but I don’t remember about them.

The girl told me her story while standing in my cubicle, in the middle of a mid-week afternoon. At the end, she said, “You’re the only person I’ve told this to. You’re the first person.” I think she sounded surprised.