Written on the Wind

Our hands are too busy doing other things. 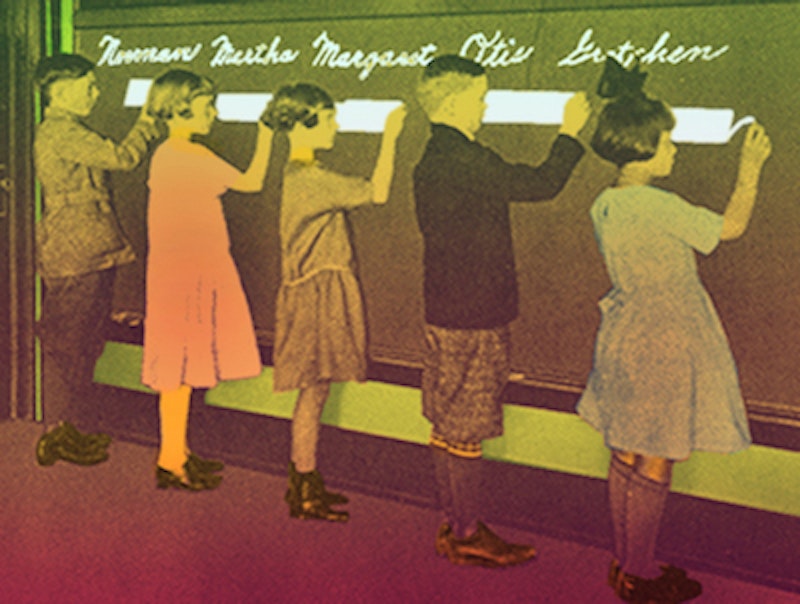 It was Hail Mary time in parochial school. The sound of an oncoming rosary bead rattle made its way to the front of classroom. Sensing the presence of a threat, a dark shadow stops behind my desk. Sister Bernadette was the world’s tallest nun. Hovering like a large Siren, I was sanctioned by the sea gods for shipwreck.

A pop quiz is nerve-wracking occasion for any young student. My first grade penmanship class test certainly came as a surprise. I drew a seamless set of dark pencil lines filling a page of paper. The marks combined the capital letters O and I, nested between two solid light blue lines.

Sister Bernadette’s sinewy fingers reached down and yanked the test paper off my desk. Her high-pitched Julia Child-like voice announced, “This is the Palmer Method boys and girls. Learn it. Don’t be surprised if you use it for the rest of your life. Pass your papers to the front.” Palmer and the nuns had it right.

Over time, the hand movements became more fluid and streamlined, like a natural wave good-bye. The cursive flow of words showed a sublime beauty. Learning handwriting was a discipline. The physical act involved your arm, not your fingers. The experience is different from typing keyboard characters. It’s a brain sharpener. Seeing a full page of handwritten words gave a kid a sense of accomplishment. Luckily, I passed the class without too much effort.

The evolution of handwriting consists of pictures, symbols and alphabet used as abstract codes for transmitting information. Some experts credit the origins to Niccolo Niccoli during the fall of the Roman Empire. Historians think the practice began in Mesopotamia. Archaeologists believe Egyptian hieroglyphics evoke images of a language and writing.

Courageously dipping their quill pens the US forefathers did lots of handwriting making laws, maps and charters. It’s easy to pick out the largest signature on the Declaration of Independence, Mr. John Hancock. January 23rd is National Handwriting Day, which also happens to be John Hancock’s birthday.

The Palmer Method was considered by many the US handwriting standard. Developed around 1888 by New Yorker Austin Palmer, the Palmer Company’s detailed manuals are now collector’s items for ephemera enthusiasts. They went out of business in the 1980s, but there’s still a website.

The Palmer Method was strict too, so maybe it wasn’t just the nuns. A tongue-in-cheek statement on the site reads, “A series of self-teaching lessons in rapid, plain, unshaded, coarse-pen, muscular movement writing for the home learner, where an easy legible handwriting is the object sought.” Failing to follow the suggestions means you’re likely to waste hours, weeks and months in a useless practice with “a pedagogical approach from a bygone era.”

My handwriting, not surprisingly, has deteriorated over the years. CNN notes 33 percent of people have difficulty reading their own writing. When it comes time to fill in the blanks, many just print, it’s just easier and faster. Learning the cursive method is no longer a requirement in some schools. Students have found other ways to take notes in class sans longhand. After years in decline, the handwritten signature is disappearing.

Our hands will still be used as a key means of identification. At the arrest desk, the police will fingerprint you. At the hospital admissions office, you’ll be asked to place your palm on a scanner. And some of life’s most important events will still require hand-written notes, like condolences or apologies. It’s a better way of saying, “I love you” or “I’m sorry.”

On any given day, people are busy tapping away on their phone with two thumbs. What an amazing talent some have. The keyboard’s been our primary means of communication for several generations. Even with the world at our fingertips, our hands are kept busy doing other things.

For many traditionalists, the biggest challenge is recognizing the fact these mind-boggling new ID forms are now standard. Considered old-fashioned, handwriting is a skill future generations will need to seek out. Having a beautiful signature is a luxury, a valuable asset that’s yours alone.