All the Things You Can Leave Behind

We buy a lot of stuff, but we don’t really need it. 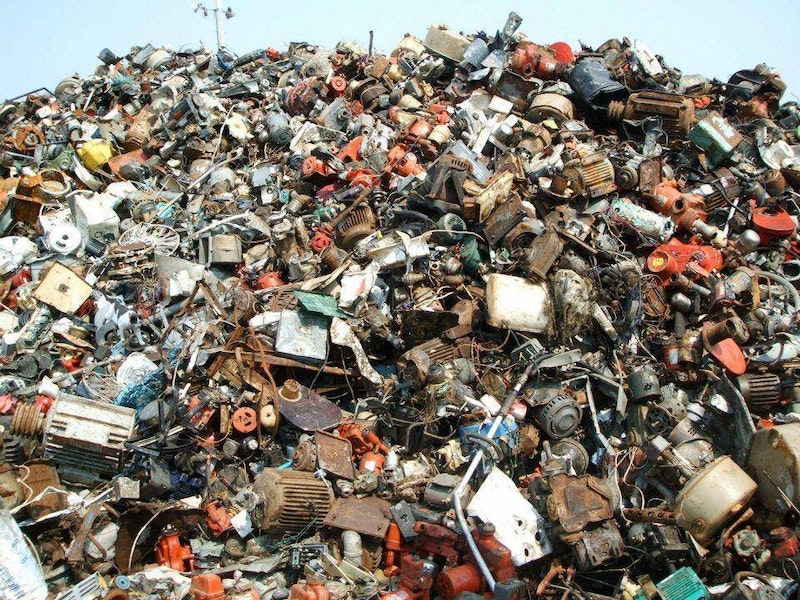 “Check out this couch,” my friend insisted, pointing at this gray-green monstrosity that looked like the sort of bulky log people hefted on those ESPN World’s Strongest Man competitions.

“Yeah, it’s a great one,” I said, calculating how many months until he listed it on Craigslist.

“We just fell in love with it. Really brings the room together,” he continued.

“It’s definitely in the room and together with the other things in there,” I agreed. $200? $250? If I saw it listed for $250, I’d offer $50. Maybe when this guy broke up with his partner, who was insufferable, it would appear there. My dad had his own method for dealing with sellers, who were always desperate: he’d write to them and ask them to pay him to pick it up, so that they wouldn’t have to pay the trash removal fee. Sometimes they even took him up on the offer.

Our stuff arrives with the best of intentions: this guy’s couch, your Vitamix blender, my seemingly infinite supply of 50/25/25 tri-blend t-shirts. But sooner or later, usually sooner rather than later, we can’t bear to see that stuff ever again.

I grew up around a lot of stuff, had a lot of stuff, was always being given more stuff. My dad was making good money and spent it all on stuff: he owned airplanes, businesses, a 100-acre farm. The stuff mattered way more to me than other kids, whom I almost never saw because I was living all by my lonesome on a 100-acre farm. If I was forced to interact with them, my mind would begin racing: what if they wanted to touch my stuff?

My mom loved all of this stuff, too. It was what attracted her to my dad, who despite being born dirt-poor and temporarily in possession of zero stuff, had schemed and scammed his way until he had more stuff than he ever dreamed of. Together, they planned to accumulate even more stuff.

But it didn’t work out that way. My dad lost his mind, his businesses, and finally most of his stuff. I was with him when he pawned one of his fat-faced Rolex watches; suddenly the stuff that he’d spent decades acquiring no longer mattered.

“Son, you can’t take it with you,” he’d tell me, waxing philosophical now that his stuff was gone. Yet he kept on hatching and then discarding plans to get rich and accumulate new versions of his old stuff. His final stuff-recovering plan was simple but foolish: he bought Powerball tickets whenever the prize reached some record-setting amount.

My mom met the loss of her stuff with equanimity. Having divested herself of my dad, she never again attached herself to stuff. She leased; she didn’t buy. Everything was temporary, fleeting: “I can’t wait to get rid of this car. Just 24 more months,” she’d remark to me a few months after signing another lease on a new vehicle.

She was a schoolteacher, and her students overwhelmed her with gifts. She’d toss their homemade sweets into the garbage within seconds of receiving them, sometimes right in front of these eager beaver pupils. The Bath & Body Works toiletries and Hallmark sundries stuck around only until she could return them for store credit. Since the late-1990s, her life has been an ongoing closeout sale, and everything has to go.

People in my peer group, late-20s to early-30s, are still in their stuff-gathering phases. They’re nesting, stocking up on stuff for their “forever homes,” as they often call them on social media. But I’ve moved two dozen times during the past 15 years, and in that span I’ve assisted with at least twice as many moves (quick aside: if you’re a large person, people will ask you to help them move their heavy-ass stuff). When I see friends with caches or hoards of stuff, my back and legs begin to ache: look at this stuff, waiting to be moved. Nothing is forever, including a home, and that stuff sure weighs a lot in the here and now.

In spite of hating stuff, I have too much of it. I have 585 pounds of bumper plates, for example. That’s concentrated mass, the purest stuff of all. Then there’s my vast library, the curse of any academic, which I’m slowly migrating to the eBook format. Kindle, iBooks—these readers are welcome developments. As I look out at my worthless couches and tables, which in spite of their worthlessness were certainly worth something at the time I wasted money purchasing them, I’m left to wonder why this stuff hasn’t been moved online, too.

Wouldn’t it be easier to live like my Sims? I can take their stuff away, give them more of it, whatever the situation demands. They have loads of stuff, exercise machines and dishwashers and whatnot, but it’s completely virtual. Meanwhile, my all-too-real stuff surrounds me, and I can’t wait until I never lay eyes on it again.