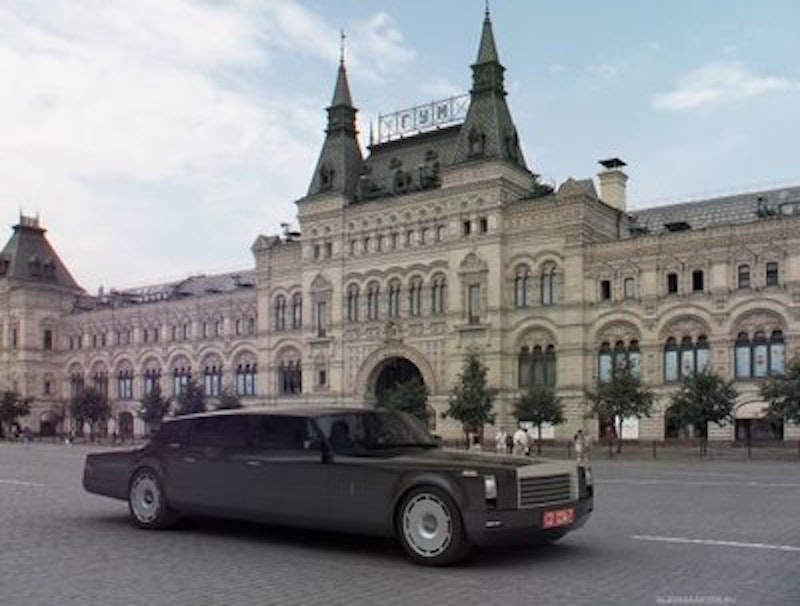 A Jew of my acquaintance whom I ran into at the bank claims that something called “birth tourism” is a phenomenon among moneyed Russians.

“What happens,” he informed me in his colorful Chicago Jewish accent (now a Hoosier, this gentleman is a product of the great teeming ghettos of the Windy City), “is that a pregnant Russian woman of financial means will get a tourist visa to spend six months in a Western country. She’ll give birth to her kid while she’s there, automatically making him a citizen of whatever country she’s squatting in: the U.S., Canada, France, whatever.

“It’s an easy way to ensure that the money her husband stole gets safely passed down to the next generation,” he continued, gesticulating in the manner of the shtetl. “That kid can pass the rest of his life spending his scumbag old man’s gelt in Miami or Nice or London or wherever, without some other Russian criminal relieving him of it. It’s the Russian version of the old anchor-baby hustle. These cynical operators are airlifting their sows into our countries so that their brats can take advantage of our laws and launder their money.”

Well. That wasa shockingly hateful effusion of anti-Russian racism, but I suppose it’s par for the course for the Ashkenazi, that most pure of the haters of Holy Muscovy. The Ashkenazi, after all, was raised by his bubbeon tall-tales about Tsarist-era pogroms and other non-existent Russian malfeasance. (Bubbe meises is, for those whose Yiddish is rusty, the term for fantastical fables and bogeyman stories like these, muttered into young Zionist ears by ancient female bigots.) Yes, he was brought up in a comprehensive atmosphere of anti-Great Russian poison, just as the salamander is raised in swamp water, and the growing spider raised in an environment of entangling sticky web.

My acquaintance said that he saw evidence of this Russian exploitation of American naturalization laws on a recent visit to his mother at her home in Florida.

“There are towns down there on the coast, Russian enclaves, where Russian’s as common as English on the street, where half the women are waddling around eight months pregnant, and where half the guys are gold-chain bullet-headed Putin-worshipping potbellied lowlifes driving Bentleys, Rolls-Royces, gull-wing Lamborghinis, McLarens, Maseratis, gold-fendered jacked-up Hummers, and Ferraris. It’s an ugly thing, John.”

Bubbe meises, bubbe meises. And particularly fanciful ones at that. They make not the slightest nod in the direction of verisimilitude. Slander has to have at least a finger in reality if it’s to be believed. But what reality does this Jewish fellow think this nonsense that he’s spewing reflects? Does he expect people to believe that contemporary Russia, that most pious and moral country, most humbly devoted to traditionalism and the glories of the Orthodox Church, is home to a native criminal class of smirking vampiric thugs, profiting from their official ties even as they seek to expatriate their evil gains to the fleshpots of the West?

Nay, my Jewish friend. In vain do you spew your contumely at the good, simple, peaceful Great Russian people. Never has a nation been less touched by the brush of avarice, self-interest, and cynical dealing. I’m reminded here of a certain eminent Viennese Jew of the early-20th century who’s responsible for the psychological theory of “transference,” and I suspect that my Jewish acquaintance feels the bite of conscience every time he looks in the mirror. Desperately, he tries to assuage his guilt by accusing the Great Russians of precisely those crimes—self-interest, sharp dealing, manipulation of the American government – in which his own tribe is itself so virtuosic.

It occurs to me that during my winter 2016 tour of Russian and Liberated Crimea, I did see a number of men who answer to my interlocuter’s description: fat fellows swerving in late-model black Cadillac Escalades down the sidewalks—yes, the pedestrian sidewalks—of Moscow, scattering pensioners and mothers with strollers. In one case I even saw a moneyed curb-jumper in a jet-black Maybach overturn a cardboard box off which a wonderful octogenarian cripple was peddling a plastic cup full of dandelion greens. (He overturned the cripple, too.) My Intourist guide, however, assured me that such fellows are invariable Estonian or Georgian or Ukrainian immigrants or some such other similar human filth, drawn to the Russian capital to take advantage of its superior entrepreneurial culture, and to pimp Great Russian maidens abducted from the Russian Federation’s thousands of thriving nunneries.

But I’ve gotten off-track. I still haven’t described the minor scandal that marred our recent Easter dinner. In a future diary installment, I must.