Women to Watch Out For

I’ve learned there are rules when telling a story these days. I’m thinking of the Bechdel Test. 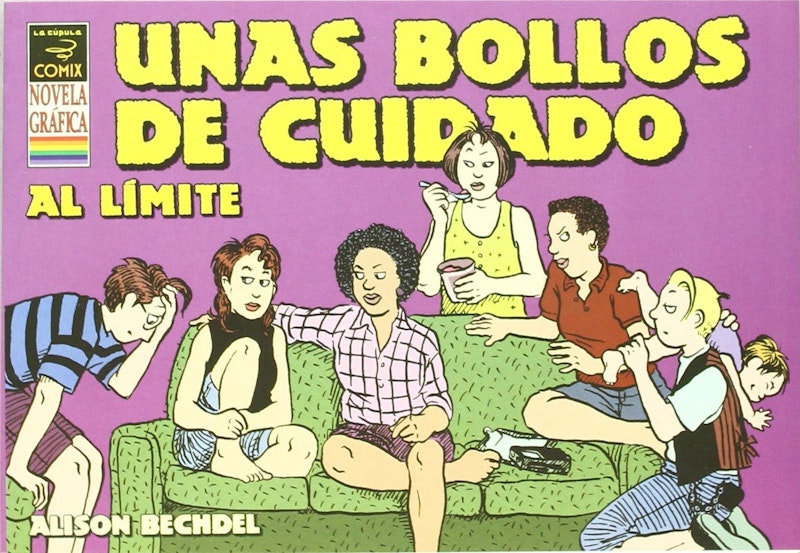 Some of my closest friendships are with writers.  Professionals, amateurs, those who write for a hobby, and my sisters.  About 30 years ago, I pushed then-Buffalo News columnist Jerry Sullivan to write a book.  “I will,” he said. I’m still waiting.

My personal shot at “the Great American…” has twice as many pages of notes as it does of actual prose, but I’m far enough along to believe I’ll get to the end of that particular story. I’ve learned there are rules when telling a story these days. I’m thinking of the Bechdel Test.

A cartoonist by the name of Alison Bechdel is responsible for the name of the test, but she gives credit for the test itself to her friend Liz Wallace, and it’s also noted that Bechdel and Wallace point to writer Virginia Woolf for her essay A Room of One’s Own. The test first appeared in Bechdel’s comic strip Dykes To Watch Out For in 1985.

It works like this: in any work of art that could be so measured, a piece will pass the Bechdel test if it has at least two women who talk to each other about something other than a man. There’s an addition that states that the women have to be named in the work of art, but that wasn’t a part of Wallace’s original idea.

I’m for the equal representation of women in art. I’m struggling, however, to understand if Reuben’s subjects were chatting about how drafty their surroundings were, and if they blamed Paul himself, and if that then made the work fail the test. It’s sticky.

Wallace and Bechdel and other supporters of the test are most concerned with modern fiction and movies. Several studies have been conducted that will categorize films as able to pass the test, or not.  The under-representation of women in film as characters, directors and writers is well-known, and, if statistics can be believed, is slowly getting better. I doubt there are writers in Hollywood thinking, “I need a Norma, here, gotta get past the Bechdel,” even though there’s script-writing software that includes functionality that checks the script for Bechdel coverage.

I came upon Bechdel while listening to the music of indie songwriter Isabel Pless. The lyrics of her song “Bechdel Test” include the lines:

I’ve been watching too many movies

That do not pass the Bechdel Test

A bad feminist—but I pirate them

So that makes it better, I guess

I guess. Pless, from Vermont, reminds me of a more intelligent Vanessa Carlton or Michelle Branch, if those two sirens aren’t lost from memory. Her stuff is worth a listen. The test, though, has been misused as a measure of feminist quality, or, of the quality of films. Bechdel and Wallace say that was never the point. It’s more about getting us to look at the problem of being conditioned to see what we see, over and over again in popular film—the woman’s story, if it is there at all, is tied to her relationship with a man.

Bri Castellini is a New York filmmaker who asks us to not use the test as a feminist gradient. She points out that in Sweden, film boards started including Bechdel along with their ratings similar to MPAA grades we are familiar with here. But because Bechdel works by a numeric scale, that is, start with at least two women—it cant, and doesn’t tell us anything about the depth or quality of those women’s roles. An old friend worked tirelessly in college to present her own version of The Belle of Amherst, a play that Julie Harris did on Broadway, about the life of Emily Dickinson. Even though Harris plays 15 different people in the play, it’s a one-woman show, and would fail Bechdel miserably. But as a historical piece, and for insight into Dickinson, it’s successful, even though some criticized it for showing the poet as hermetic. The point is, Bechdel can only say how many, not how good.

The Test has spawned some additional qualifiers, which are applied to films to count their roles based on race, transgender, and disability. All smart, but, again, the point is not about two, or three, or four, but if the character in that role is not simply moving the story forward, but adding to it by its very inclusion.