Spur-Clawing Out of My Own House

My wife won’t let me leave to visit my cousin. I’m taking things into my own claws. 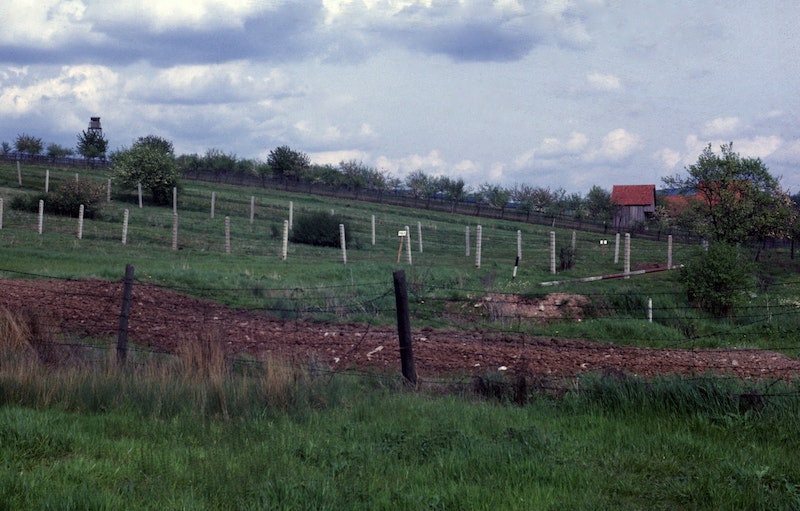 The end of the line at the Quibbits compound.

Once again, very tired. I haven’t felt like checking in on Monica much lately. She’s been spending too much time in the bath. Maybe she’ll drown one day. That’s okay—she doesn’t love me anymore. I’m already planning my escape. Things have not been exactly “nice” at the barn recently. I’m not happy, I’m not in love, I want to get out. I don’t want to die, but my life here is rotten. I’m already withering inside. That's a comment that Monica, my wife, would brutally mock me for. That’s okay, but I don’t have to accept it. I don’t have to be a part of her cruelty. There’s something wrong with her brain: arrogant, angry, delusional. Something happened to her in Syria last year (I can say that one for now, not yet redacted). I think she took too many mortar shells to the helmet, too much khat and whatever the fake speed they have is called. Dirty hash, opium, heroin, good Lord—at least she wasn’t near any Fentanyl. That’s a United States exclusive.

I’m thinking of contacting Bennington. I’m gonna visit Bennington. See what’s going on in his fuck cave, his underground mansion, his subway den of inequity. What does that phrase mean? “Den of inequity.” Is it Marxist? Am I a Maoist if I shoot heroin under a subway grate? That’s fine with me, I’m assuming the Little Red Book is also short, so I’ll read that before I go down. Escaping the Quibbits compound is difficult: since Monica’s time in government contracting (strictly architectural), she’s had cameras installed in every corner. No exaggeration: every 90-degree angle on our property has a camera on it. There are flood lights everywhere, trip wire at the perimeter hooked up to landmines. We’ve already “destroyed” a couple of horses by accident. I’m not going to court and I’m not paying damages to Farmer Dan. That, as idiots say, is on Monica.

My plan of escape: drug Monica (not in the tub), turn off the generators in the basement, take her money, the truck, and whatever weapons I can find. I’m assuming the subterranean world of the sub-subway in New York doesn’t have a mask mandate, but I’m bringing one anyway. Maybe two—jeez, should I even go? Oh my god, I know what Monica is going to say either way. She’s going to criticize me! I have to listen to the people in my cereal more often: I’m an extra in my own life! I need to become the star again! Fuck Monica! I’m going to New York to see my cousin! He needs me, and I’m going to save him—or, if it’s chill, I’m moving in. Everything’s on the table right now.

“ROO. Why do you have everything on the table right now?” My wife has decided to exit her eternal bath and join me in the living room, where I’ve laid out all my supplies. Only one move left—sorry honey… ***SKIRRRFFFFF**** BRRRRRRRRRRRRRRA—ATT!!!! SSQQQQQQQQQQ*AUAK!!!!!!! AUAK!!!!!! AUAK!!!! AUAKAUAKAUAK!!!!!!!!!!

I just spur-clawed the furniture. And I’m gone. If she wants me back, she can have me, but only if she behaves. Still, I’m a man, and now I know that man is the bastard. Because he has to do things like this to survive.

See? See what you made me do? You’re all responsible—not me. Not me.