Why You Shouldn't Think for Yourself

Relying on others is what makes us human. 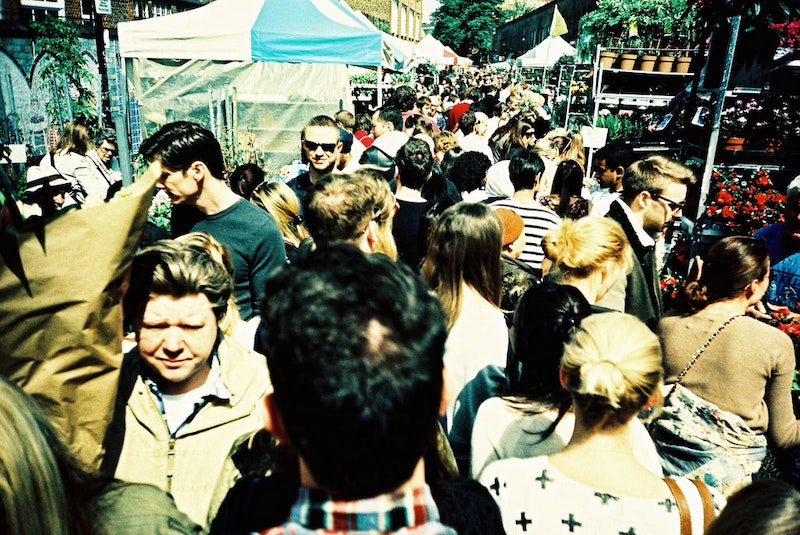 We love independent thinking. Culture heroes like Steve Jobs and Elon Musk are celebrated for their contrarian and innovative genius; Hollywood heroes are encouraged to follow their dreams as the music swells, regardless of quibbling pragmatic detractors. And in politics, we sneer at partisan shills who take their cues from party talking points. Voters should be self-directed; they should carefully evaluate the pros and cons of each individual candidate, and make a determination on merit, regardless of R or D. Don't be one of the sheeple!

Everybody agrees—you should think for yourself. But do you really want to follow that herd? To be a truly independent thinker, maybe you have to think about the virtues of not thinking for yourself after all.

The ideal of thinking for yourself sounds appealing. Shouldn't you become informed about important issues, weigh the evidence, and make up your mind accordingly? Maybe in theory. But in practice, there are problems. Each person is only one person with one brain. It's impossible to be an expert on everything, or even on a small portion of everything. If you're knowledgeable about Syria, you're not necessarily also going to be knowledgeable on women's health care. If you understand the ins and outs of NAFTA, you won't necessarily be deeply knowledgeable about net neutrality. Chances are, like me, you’re not an expert on any of these things. And if you work a 50-hour week or more, you probably don't have the time or energy to study up on all these issues. You probably don't even have time to keep up with the latest stupid thing Trump did.

Even if you could research every subject intensely, doing so wouldn't necessarily lead you to good conclusions. Dedicated anti-vaxxers, climate deniers, and Charles Murray fans are very well-versed in their particular niche; they can cite figures and statistics all day long. Yet, someone with minimal knowledge who simply accepts the scientific consensus and the word of experts is actually infinitely better informed about each of these topics.

When you insist on listening only to yourself, you likely as not end up listening to a fool, conspiracy theorist or both. Most times, you're better off taking cues from people you trust and respect. Everyone I know who broadly agrees with me on political principles says getting rid of net neutrality is bad; I'm willing to accept that getting rid of net neutrality is bad. That's a perfectly reasonable way to make decisions.

Other humans teach us language, how to use the toilet and why it's good to share. Other people teach us how to be people—and then we turn around and declare that it's a weakness to be shaped by other people. It's not very gracious.

Everybody learns and takes moral guidance from others. When people tell you that you should form opinions independently, that's other people telling you to form opinions independently. Your friends, neighbors, and even enemies make your brain; you're formed of bits and pieces of other people. People wail about call-out culture as if it's some form of mob rule—but the only rule we have is the mob one. Sometimes the mob is evil, and shouldn't be listened to—but those standards are set by some other, better mob. This isn't to say that all morality is relative. It's just that we learn how to be good from our communities and friends. So choose the people you associate with wisely—by, for example, looking with skepticism on people who say that ideally you would associate with no one.

For the most part, people de facto recognize that you can't really think for yourself, even when they pretend otherwise. When someone says, "Think for yourself!" they usually mean, "Listen to me, and not that other person!" If we really thought everyone should think for themselves, we'd all fall silent forever. So here's my conclusion: we should admit that letting other people think for us is good, and that contrarian daring individualism is both impossible and undesirable.