A History of Public Awareness of Sexual Orientation

What about men who look at men and leave it at that? 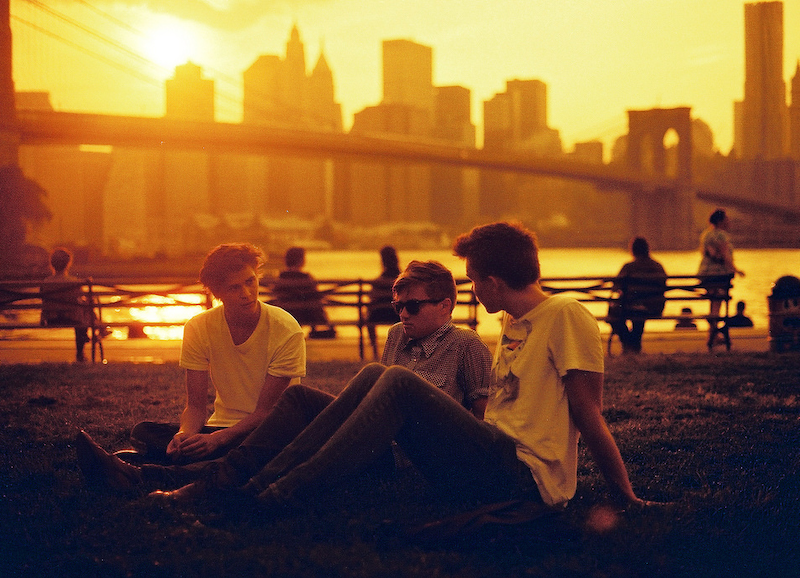 First person: There is 0 degrees.

First person (after long delay): There’s 0 degrees and there’s 180 degrees. Everybody knows that.

Second person: No, they’re at 45 degrees.

First person (after some delay): Certainly, women are often at 45 degrees. In a sense, 45 degrees may be considered naturally their home, for many of them, women’s temperament being what it is. And men can be at 45 degrees too, I guess, though that seems strange. They should keep quiet about it.

First person: I don’t think so.

First person: I don’t think so.

I consider myself Second person. Even so, First person has my sympathy. Enough with the information, says First Person, and I can dig that. Of course, First person may be sitting at 22.5 degrees, or 14 degrees or 37 or 9, and never know it. All the while First person will be convinced they’re at 0. Indications to the contrary will be dismissed as mental lint. Or, if First person is the brooding sort, the indications will be treated as evidence of a buried proclivity, and First person’s nerves will suffer.

Perhaps one day New York magazine will interview men who like looking at other men but don’t care about getting with them. “‘I look at the girls first, but it’s nice seeing the boys on the swim team,’ says Gary, a professor, about his trips to the university pool.” When that piece runs, we’ll see a fact struggling to become a thing. “I didn’t know that was a thing,” Liz Lemon used to say when Jenna Maroney mentioned sun-dried octopus or the spa where slices of vodka-soaked Peruvian lime were placed between people’s toes. By “thing,” Liz would mean a thing that people are known to do. One person might place the vodka-soaked limes between their toes. A couple of people might do so. But when many people do it, we have a fad or practice, a thing. It’s a spot located on the map of human behavior.

Some men look at other men and like it, but they don’t want to fuck the men. Will this be a thing? See the dialogue above. There’s only so much awareness people feel like having. Nor is there much reason for the awareness givers to step forward. Can you understand me as a human being if you don’t know that I like looking at men and yet I don’t want to fuck them? Yes, you can understand me. In fact, as long as the topic of me is being mentioned, I add that I’m a man noticer and not a man watcher. But you don’t care. You’re deciding whether I’m gay.

My reason for speaking is stubbornness about fact. The whole of the dial is there, so I point and say there it is. As reasons go, this motive is not robust, and I’ve all but exhausted it by writing this piece. The motive is also very me-centered. I don’t want to reach out. I’d be uneasy about comparing guy preferences with another straight man. I might have that talk with a gay man, a straight woman, or a gay woman, but not a straight man, and I’d dislike hearing a straight man praise a guy’s cuteness. In fact, I’m like First person. I’d rather not know about other men in my range of the dial. But I want my impression of reality understood. World, don’t forget all those spots on the dial. I’m here to tell you they exist.

Nostalgia’s bad cousin. 30 Rock lives on at Amazon Prime, a low-rent home for the century’s funniest TV show. Watching the late episodes, I reflect on how tawdry and wearing the program can be. Even the good seasons can clang if you’re not in the right mood. Ten years ago the mood was always right, but now 30 Rock suffers from nostalgia’s bad cousin. Last decade’s hot urban entertainment is this decade’s 40-year-old clubgoer, caught in the sun and looking wrinkled. More years must pass. Hotness will become a non-factor, and 30 Rock will become a high-gloss antique. “Back then they knew how to do the joke-inside-the-joke,” people will say. “Standards.” For now there’s Amazon Prime.