Why They Suck: The US Military

Thank you for your service. 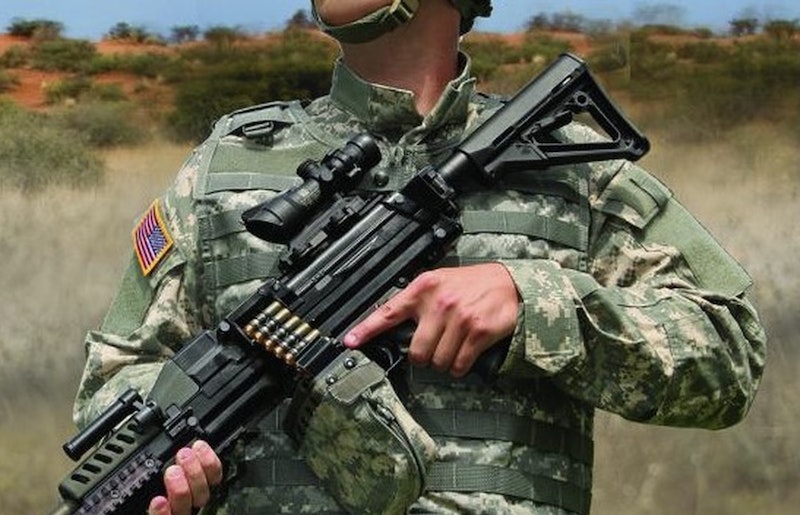 What person, institution, phenomenon, fact, or belief system is the very worst “thing” in the world? Lord knows there are many candidates. Carbon emissions continue apace. The Chinese Communist Party intends to bring collectivist totalitarianism to the world, while also milking the planet for max cash. A genocide is unfolding in Ethiopia. Lukashenko, Assad, Bannon, whoever writes the Star Wars movies: all are plausible. Perhaps our difficulties are due to neoliberalism, populism, fascism, nationalism, narcissism, racism, wokeism. Maybe it's Big Pharma. If you write for The Atlantic or The New York Times, you think the worst thing in the world is Facebook. That's pretty far down my list.

I make the following assertion, in the wake of Veterans Day: the worst thing in the world is the US military. I realize that's a provocative claim, and it might rest as much on the definition of “thing” as on the definition of “worst.” I'm not really clear whether neoliberalism, climate change, or Lukashenko are "things," exactly, and Facebook is quickly withdrawing into the thing-less metaverse.

"In the last days of the battle against the Islamic State in Syria," reported The New York Times on Saturday, "when members of the once-fierce caliphate were cornered in a dirt field next to a town called Baghuz, a U.S. military drone circled high overhead, hunting for military targets. But it saw only a large crowd of women and children huddled against a river bank. Without warning, an American F-15E attack jet streaked across the drone’s high-definition field of vision and dropped a 500-pound bomb on the crowd, swallowing it in a shuddering blast. As the smoke cleared, a few people stumbled away in search of cover. Then a jet tracking them dropped one 2,000-pound bomb, then another, killing most of the survivors."

The soldiers watching this unfold on their screens reported it to their superiors as a possible war crime. That's as far it went, and official statements concealed the attack and then proclaimed it justified on the grounds that ISIS fighters had also been killed, which seems to be false. It looks strikingly like My Lai, but technologically updated, as in the Afghan wedding bombs revealed by Chelsea Manning.

As with our marketing meetings, we once had to do massacres face-to-face, with rifles and bayonets. Now we kill on Zoom. What that does to the greatest weapon the world has ever known, the fighting spirit of a US Marine: you'll have to ask a US Marine. Don't ask an officer, however, because the answer will be the rankest mumbo-jumbo you ever heard. In the service of killing.

Also, "the greatest military the world has ever known," though it breaks many eggs, rarely makes an omelet. They lost Afghanistan as they lost Vietnam: in complete confusion and incompetence. We left behind thousands of Afghan soldiers we’d co-opted, paid off, and trained to kill (or die) in the service of what was a plausible candidate for the most corrupt government in the world. That government was stashing their salaries (paid by us) in their leaders' offshore accounts. Then we wondered why they wouldn't fight.

As I run through the catalogue, don't make me say Abu Ghraib, Guantanamo, Bagram. It's hard to know whether one should be struck more by the evil, or by the incompetence.

"The few, the proud," etc.: just what, on reflection, you want your kid to do with his life. But as you come around and start to see all the opportunities that the US military offers, Mom, consider such facts as these. The rate of PTSD among veterans runs at about twice the rate as for the general population. About 10 percent of the US population has been in the military, while about 20 percent of people who die by suicide have served. These figures are the tip of the mental health iceberg: they capture only the very worst cases of anxiety and depression, for example. I see why that might be a hard sell with parents.

It seems that around 36% of American mass shooters were trained by the American military. Trained to use automatic and semi-automatic rifles. The trained killers are, I speculate, much more likely, on average, to be effective, or to be clustered at the top on body counts. Perhaps this is a predictable outcome, if you teach teenagers how to kill people and then put them under conditions that demonstrably produce trauma, mental illness, and maximum alienation.

Another condition that afflicts veterans at twice the rate as the general population: having participated in the January 6 Capitol insurrection. In many people, evidently, having served the US government makes one reject it entirely or possibly want to overthrow it. It’d be plausible to suggest that serving in the military inculcates authoritarianism. People heard their “commander-in-chief” as issuing orders to interrupt the certification of the vote.

The way the military is conducted is entirely and explicitly anti-democratic. "This is not a democracy, son," as the Drill Sergeant is likely to tell you in so many words. So, it's 1, 2, 3. What are we fighting for?

The distortions produced by the military budget on the operations of the US government are inestimable. We've expended trillions on these futile wars against terror. We spend more on defense than the next seven countries combined, and we've accumulated $30 trillion in debt largely under the auspices of our military. You could’ve financed multiple New Deals instead, or whatever you think is worthwhile or helps people, rather than killing and maiming them.

The US military is the most threatening force in the world, looming over it like a satellite array. Billions of people experience it directly as a threat. And just for the hell of it: the US military developed the atomic bomb, and is the only force ever to drop it. It made direct human annihilation of the world possible for the first time and it may end up killing everything yet. The continuing displays of malevolence and incompetence aren’t reassuring.

So before I thank you for your "service," much less start ragging Facebook, I'd like to know what you think you’re doing, and why you think you’re doing it. I don't mean whether you're serving your country and whether that’s a noble; I mean, what are you doing every day, and what is that doing to the world and to yourself? The whole idea of a military command structure is to relieve people of responsibility. Killing and torturing on these scales can't be faced without that. Nevertheless, even within such a structure, people are in part responsible for what they do and its outcomes. I'd ask you to reflect on who and what and how you're actually serving.