Traveling in the time of COVID. 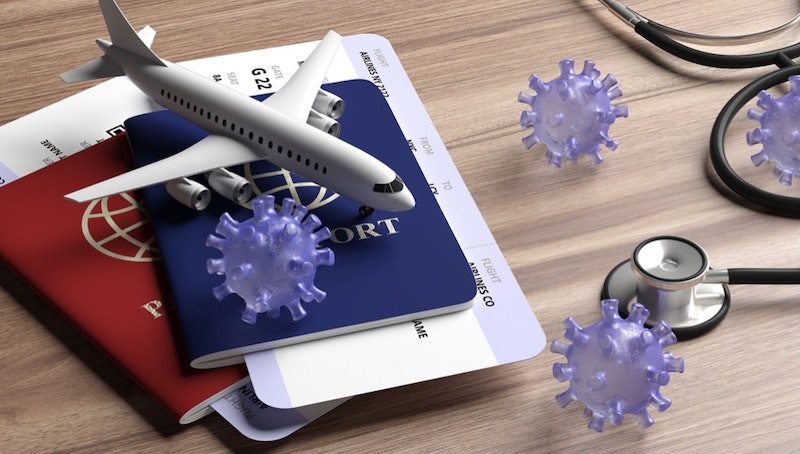 Give the British this: they’re a dab hand in crisis mode. In this case, the “crisis” was the required “Day Two” Covid testing upon arrival to the United Kingdom. It marks a loosening of the restrictions; before October 4th, the UK required Americans to take a Covid test 72 hours before departure as well.

After clearing the now agreeably automated passport control, I managed to locate, sans directions, the forbidding red signage on the forecourt of Terminal 3 at Heathrow Airport that marked the location where I’d pre-booked my required test. I’d even played semi-hermit for 10 days prior to the trip, to minimize the chances of my double-jabbed body nonetheless testing positive.

I got my throat and nostrils tickled and then huddled up in my hotel room to await the results. Actually, no: instead, I squeezed in everything I could before receiving my hypothetical bad news of a positive test. It made for an irresponsible, Schrodinger-style incentive system—a positive test result would’ve meant I’d just spent a day recklessly spreading Covid around London.

The bad news remained hypothetical; my negative test came back 25 hours after my swabbing. I found out immediately after finishing ice cream at Fortnum and Mason, which in late-October was already bedecked with Christmas trappings. My trip to London sprouted inauspiciously, as British Airways canceled my non-stop Orlando to Heathrow two days after I booked it, resulting in a confusing two-step process through British Airways’ affiliate American Airlines for rebooking the flight, now with a cumbersome Miami layover.

But my all-too-brief stay in England was all I could've hoped for. The blustery weather felt liberating after a year-and-a-half suffering in Central Florida humidity. Plus, normalcy: I’d estimate the United Kingdom is about 90 percent back to pre-Covid days. One only sees masks on the London Underground or inside The National Gallery, although if you put on a mask in a taxi the cabbie will do so too, “out of respect."

Common sense is more in evidence here than in America, where ideological lines around masking and precautions are sharper. Since “Freedom Day” July 19, England has some of the loosest protections in Europe. Over the course of seeing two plays, one concert, and entering many bars and restaurants, only once was I asked (at the concert) to show my U.S. card proving I was double-vaccinated. Occasionally I encountered weather-worn QR code signs outside eating establishments, marking the ruins of Britain’s once-vaunted Test and Trace app, a failed project which has died after made non-mandatory in July.

I saw the chiller play 2:22, subtitled “A Ghost Story,” featuring a solid lead performance from British pop star Lily Allen. Highly recommended, if not as wholly escapist as I would’ve liked. While still bustling, the artsy Soho neighborhood didn’t seem as uncomfortably crowded as on previous trips; even Oxford Street was manageable. Scooters and vaping have taken over the streets in the two years since I’d last visited. Our new contactless world meant shorter lines at cash machines, which is nice in a foreign land, since everyone thinks they’re smart until they try to use a cash machine.

Half of the original 1980s new wave group The Vapors (“Turning Japanese”) played a show at Under the Bridge, a purpose-built venue under the stadium at Chelsea football ground. The acoustics were surprisingly sharp and I savored the sight of old bald men moshing as well as the fact that a British X-large band t-shirt will still fit you. The next day I made a two-hour trek from St. Pancras Station north to Nottingham, which I have fond memories of from a Roxy Music concert the summer before 9/11. The nearest establishment to my Jury’s Inn is a Hooters restaurant, the only surviving outpost of the American chain in the United Kingdom.

It’ll likely be the last such in the United Kingdom for a while, given the unforgiving ideological climate towards such “female exploitation,” though one strains to witness that exploitation through the crowds of people clamoring to hand over money. The waitresses apparently turn up in nice cars. I’d unwittingly arrived on the local match day for local Nottingham Forest and was perversely pleased to find myself in a crowd. Back in London, I noticed friendlier customer service in Chinatown, perhaps trying to claw business back post-pandemic.

The next play up was Harry Potter and the Cursed Child at The Palace Theatre. Cursed Child was dark, enthralling, even frightening. The plot hinges on one of the ways of magic that in the books seemed underused: Time travel. Things go wrong. The show features great special effects such as a shimmering in the air reminiscent of the movies. How did they do it? It’s nearly six hours of sitting (two separate seatings for Part 1 and Part 2, spaced two hours apart) but the time flies because the story is so enthralling. Both plays were full capacity. Few people wore masks. In fact, hardly anyone wore masks outside London save when required, like airports or (less so) on the tube.

My Harrod’s stop was spoiled when I realized the ice cream shop had closed down and I couldn’t purchase my traditional $30 ice cream sundae, so I consoled myself with an unsatisfactory cinnamon donut from the still-amazing Food Hall. My other wish was to get spritzed within an inch of my life by the elegant staff in the perfumery, but no luck.

I got tested at the airport the morning of my trip home, feeling anxious over a hypothetical positive Covid test result that would leave me stranded in UK quarantine. I lamented my wild ways of the week before, i.e., going out in public. But 37 minutes later I got my Fit to Fly email notification and was free to go. And then the nightmare really began… but that’s air travel today.