The magic of imagination. 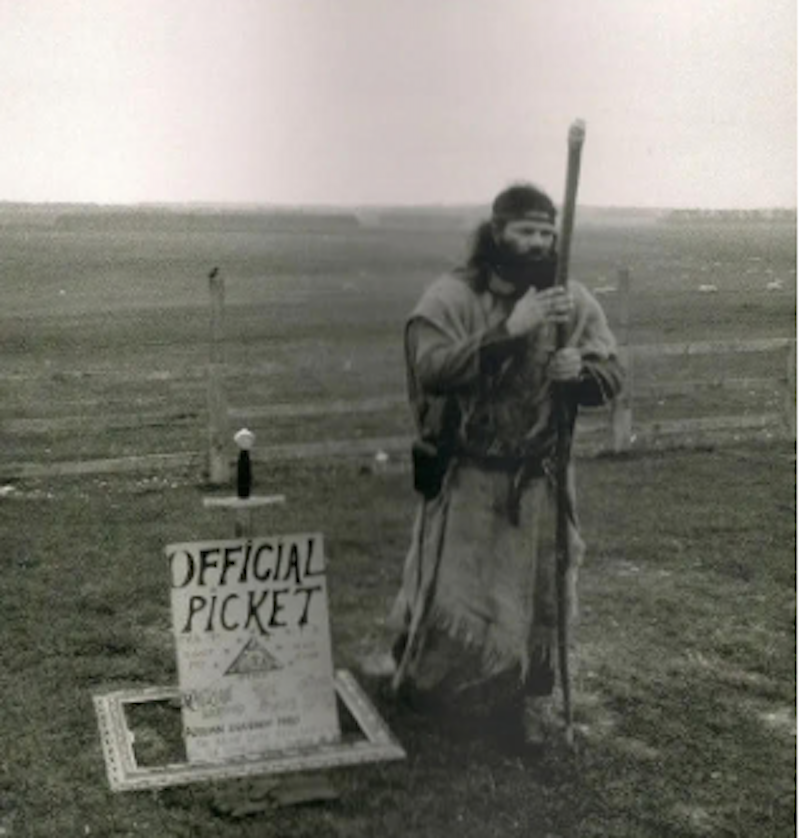 Synchronicity is a word invented by the psychoanalyst Carl Gustav Jung in the early-20th century. The first time he used the word publicly was at a memorial address for Richard Wilhelm in 1930. Wihelm was the German translator of the I-Ching. The word was used, in this context, as an explanation for how the I-Ching achieves its magic. Later Jung worked with the physicist Wolfgang Pauli to develop the idea into a full-blown theory.

It refers to a series of coincidences that appear to have some kind of meaning. When two or more events conspire by their unlikely coincidence to lead you on a journey, that’s known as synchronicity. Some people live by it.

Another word might be serendipity, a happy accident. Or you could call it pronoia, the positive form of paranoia, meaning that the world isn’t out to get you, it’s out to guide you. Other words might be fate or wyrd or destiny.

Fate doesn’t necessarily refer to something inevitable, as if the story of your life was pre-written in the stars, and all you have to do is to live it. Rather it refers to a force acting upon the world, something primal and ancient that breaks in on the ordinariness of our lives. You know when it’s there. Something happens and it startles you. You stand back from it shaken and amazed. The whole world seems to turn to you at that moment. It’s like the eye of the universe is bearing down upon you. But it doesn’t tell you what to do. Instead it asks a question. It asks what you’ll do next. Will you rise to the challenge, or will you fall? Will you be brave enough to stand up to your fate, or will you crumble beneath its challenges?

It may be the word fate and the word fairy are related, as is the word fey. The fey are spectral beings from another dimension whose job it is to question you, to prod you, to lure you, to tempt you, to challenge you. Sometimes the fey appear in the form of human beings, and maybe then they challenge you on an emotional as well as a psychic level, as Morgan Le Fey challenged King Arthur.

The word wyrd also refers to a form of fate. We spell it with a Y in order to distinguish it from the modern use of the word, as something just odd or out of the ordinary, although, in fact, they are the same word. The weird sisters in Macbeth are weird in that they represent fate, not because they’re old, ugly or strange. They’re archaic beings, like the Fates of ancient Greece; and like the Fates, there are three of them. When they tell Macbeth his future, they don’t tell him how he should act. It’s hubris, his own vanity, which brings him down, not the weird sisters.

The wyrd is the web of life. It’s the vast, all-encompassing fabric of being, which binds us together. It weaves the universe into a whole. We’re held together by it, all of us, as one.

In Jungian terms synchronicity is an acausal principle which links coincidental events into a meaningful pattern. One example Jung gives is when he was talking about a dream in which a scarab beetle appeared, and a real beetle flew in through the window at the same time, which Jung interpreted as a sign. Jung believed that the mind and the universe are connected on some level, that the mind can influence the universe.

Perhaps the mind and the universe interweave with each other, like the warp and the weft in a carpet. Maybe this is the meaning of the magic carpet of near-eastern imagination. The physical universe is a linear series of complex causal events coursing through time, while the mind’s the lateral perception of it, creating meaning across time. The mind and the universe interweave with each other, binding themselves into a pattern. We’re instruments of meaning in a random universe. Synchronicity is not external, it’s internal to us. It’s not a law of nature, it’s a choice we make. Does the universe have meaning? It does. It has the meaning we choose to give it.

This might be the meaning of the word destiny too. A destiny is a destination. But there’s nothing inevitable about a destination. It’s somewhere you choose to go. You’re not obliged to go there.

So that’s it. We’re free. We can choose to follow a synchronistic event or not. It’s up to us.

Some people—most of us these days—are led by what we see on the TV. There’s a world of constructed reality on that screen which keeps us distracted from ourselves and our purpose. If there’s a war but we don’t see the bodies, maybe it doesn’t really seem like a war. We don’t hear the screams of pain, the horror, or the wails of grief. We’re not inside the traumatized child’s mind when his parents are splattered like wet mud all over the walls of his home. We buy all of these constructed arguments about peace, democracy and protecting our way of life. We buy all of the calm reassurances that justify the madness: that we’re fighting this war for the sake of peace, that war’s the route to peace, that only war can bring us peace, instead of more and more and more war.

The TV screen is an instrument of hypnosis. It flickers at you in a certain rhythm, constant and unrelenting. It spirals into your unconscious. It makes you think you know what’s going on, but it saps you of imagination, empathy, intelligence and your soul. You can choose to turn your TV off and go and watch the sunset instead.

My friend King Arthur Pendragon—who believes he’s the reincarnation of the historical Arthur—refers to synchronicity as magic. Magic is an affirming event, a confirmation, as when he went to Stonehenge and asked for a sign, and a black and white bird flew out of the stones and its wing brushed his face. This was at the time when he was asking the universe for confirmation of his identity. Arthur took that bird as the sign and called it magic. He’s been dressed in a druid robe ever since.

The dictionary definition of the word magic is “the use of charms, rites, incantations or spells to influence events; an extraordinary power or influence producing surprising results and defying explanation; the art of influencing events and producing marvels.” From the Old French, magique, from the Latin, magice, from the Greek magike, from magos, one of the members of the learned or priestly class, from the Persian magush, possibly from the proto Indo-European magh, to be able, to have power, related to the word machine. Magic as a machine of power.

Traditionally, magicians would invoke forces in order to control events. They’d claim to whip up rain, or bring the clouds, or make the winds blow, by the force of their magical will. It’s the first step on the road to science, as no wise magician would attempt to invoke forces he didn’t comprehend. Often the magician would work by knowing the event in advance. By knowing the stars he’d understand time. By understanding time he’d know what would happen. This is what Stonehenge is for. It tells you in advance what will happen and when. It tells you the times of the solstices and the equinoxes with astonishing accuracy. It’s a neolithic sun temple, over 5000 years old, and yet its measure of time is more accurate than will be achieved again for another 4500 years at least. That, surely, is a form of magic.

If the magician, understanding the workings of the universe, were to predict an eclipse, say, what power he would have. He could tell the people it was he who had ordained that the sun should go out and make the people bow down before him in fear and awe and wonder. Knowledge is power, and power’s an addictive drug. That’s why we should always be wary of magicians.

In our use of the word it works both ways. It’s more like a conversation than a controlling mechanism. It involves listening to the world as well as telling it what to do. Magic involves signs, portents, auguries as well as spells and enchantments. It’s an exchange with nature, a two-way process. It’s reading the universe and then asking the universe for support. It’s trusting to fate. Perhaps it’s trusting to randomness. It’s trusting to the randomness of the universe and then living according to its signs. It’s a way of short-circuiting the fatalism of social conditioning by following other rules. It’s making up your own rules instead.

Magic is imagination. It’s imagining a world into existence. William Blake said, “What is now proved was once only imagined.” David Widgery said, “The most revolutionary force is the power of the imagination.” By following the thread of synchronicity we release the magic of the imagination to create new possibilities in a new world.