Why They Suck: Plato and His Footpads 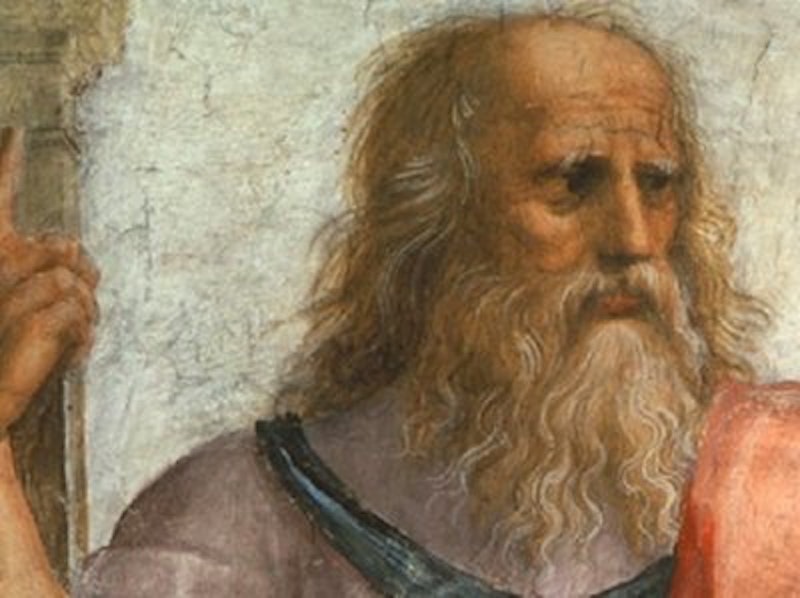 It’s conventional to start any discussion of Plato with Alfred North Whitehead's observation that "The safest general characterization of the European philosophical tradition is that it consists of a series of footnotes to Plato." This is true, more or less, and is both a grand celebration of Plato and a devastating indictment of Western philosophy. Plato was a totalitarian in politics and an opponent of the world in metaphysics. In these, the tradition has tended to follow him. His use of the “Socratic method” in argument was disingenuous, and his own arguments were invariably fallacious.

Let's just consider The Republic. It's fundamental: the first systematic text in Western political thought, and the first utopia. But it has some drawbacks. Written during one of the great outbreaks of art and literature in human history, it argues that poetry, painting, and sculpture should be entirely eliminated through government censorship, and music restricted to military marches. Written in Athens, often thought of as the first democracy, it portrays philosophy as motivated by a love of truth, and says that philosophers should rule; then it says that the "philosopher-kings" will have to rule by lies.

The purpose of these lies is to naturalize a rigid caste system, and then to make the lie actual by selective breeding. We'll teach everyone that people are of three sorts—gold, silver, and bronze—even though we know this isn’t true. They're born that way and stay that way. Gold people are philosopher kings. Silver people are soldiers. Bronze people are everyone else. What “justice” means, for Plato—this is the first great theory of justice in the Western tradition, believe it or not—is each person and each group doing its assigned function and not anything to disturb the overall hierarchy. Justice, in short, is perfect subordination.

As time goes on, we'll make this fictional caste system actual through eugenics. People can only breed with whomever Plato and his students, the future kings, select. We'll tell them they're being assigned random sex partners in a lottery, but for real we'll breed female shoe-makers with male shoe-makers, female soldiers with male soldiers, female philosopher-kings with male philosopher-kings. (It's true: Plato is a relative egalitarian on gender.) Then the caste system will be more firmly established in each generation, the same way we create breeds of dogs or cattle. Unauthorized babies will be “exposed,” i.e. permitted to die.

The one passage people tend to remember from The Republic, of course, is the parable of the cave. Cutting to the chase, it says this: this world, the world we experience here together with our senses, the physical universe, is a delusion. Finding the truth and hence achieving wisdom only happens when we see through or are released from this unreal world of change into an unchanging world of eternal essences. Actually to know anything, we must repudiate the world: that’s a perverse position; it willfully repudiates any sort of scientific or empirical knowledge, for example.

In political theory, epistemology, and metaphysics, Plato's positions are authoritarian, rigidly hierarchical, explicitly elitist. He gives us a nightmare politics, and justifies it by making the whole universe, and each individual person, its mirror.

While we're at it, let's consider the much-vaunted Socratic method of questioning. The character of Socrates, in Plato's dialogues, does not lecture or preach to you, allegedly, he draws you to reach your own conclusions with a series of open-ended questions. He teaches you, out of your own responses, that you don’t know what you think you do, and then he permits you to find knowledge by traversing the argument yourself. It's a lovely “dialogical” ideal of coming to know collaboratively.

Unfortunately, the typical Plato application is palpably dishonest. His Socrates knows exactly where he wants to take you and leads you there by the nose. You make a few innocent or obscure-seeming highly abstract concessions, and you're cornered into a series of perverse conclusions, or conclusions opposed to your own beliefs. The people Socrates talks to in Plato's dialogues are by and large dolts and suckers, and the arguments to which Socrates subjects them by questioning are usually just unconvincing, full of questionable assertions and logical mistakes.

Just one example: in the Phaedo, Socrates is arguing with his young men about whether the soul is immortal. The matter is urgent because Socrates is about to be executed by the Athenian democracy. He gets them to concede that things arise from their opposites. The bigger comes from the smaller, for example. You can't be dead if you weren't alive: the dead come from the living. So where do the living come from? The dead! If anyone actually believed in immortality or reincarnation on those grounds, or any of the other arguments in the Phaedo, it would surprise me. And they would’ve made a mistake.

A few concessions. Plato really did open up these realms of inquiry systematically, even if his own answers to the questions he raised were often repulsive. I do recommend the wild romp about sex, love and beauty that is the Symposium, though I wonder whether it was by the same person who wrote the Republic. Either way, there are worse writers in the history of philosophy than Plato, including his own student Aristotle, who on the other hand had a much more plausible politics, metaphysics, and method.

Both in the body of the text and in the footnotes the man has a lot to answer for.

—Crispin Sartwell's most recent book is Entanglements: a System of Philosophy.