Girlpool & Ariel Pink fight in a battle to the death for Nicky’s heart and wallet, while the world inches closer & closer to nuclear war. 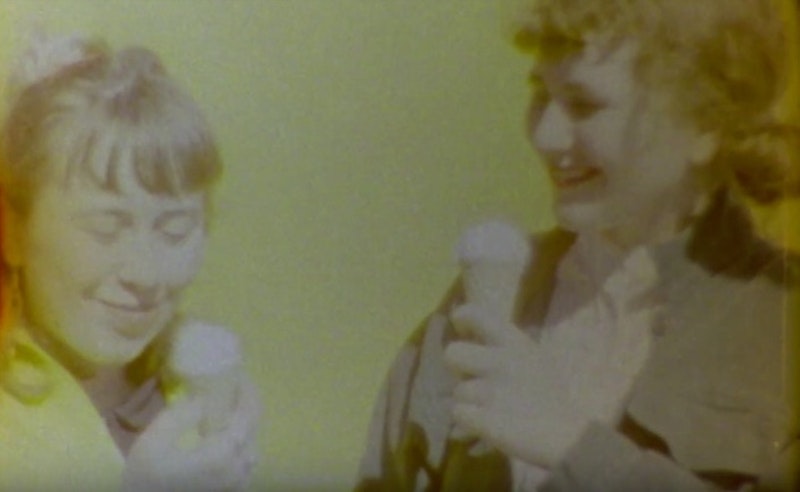 DONUTS: I was in a coffee shop yesterday morning, bleary-eyed and kicking myself over mismanaged funds, when I got an alert from The Washington Post app on my phone that read: “North Korea making missile-ready nuclear weapons, U.S. analysts say.” Before I pivot into geopolitics, let me kvetch about buying concert tickets in advance. If there’s a band I want to see, and they’re playing nearby, I’m buying tickets as soon as they go on sale. Two months ago, without knowing whether or not I had a place to stay, I purchased two tickets to Ariel Pink’s show at Le Poisson Rouge in Manhattan on November 4th. In those two months, I’ve become completely obsessed with Girlpool: not since I was 17 has an album become one of my favorites of all time in the span of a few weeks. Before the World Was Big is a masterpiece that I’m a couple of years late on. Luckily, I love their new LP Powerplant and can’t wait to see them… at U+N Fest 6 at the Ottobar here in Baltimore… on November 4th. I’m not going to New York, but those tickets are will call, and they cost… too much. But I get to see Girlpool and I’m excited. Time to sell a crate of records to make up the cash I threw away on ole Mr. Pink. Whatever—he’ll probably smoke too much speed and blow the show anyway.

HARD RIGHT: Trump finally launched the news network he was teasing before the election when he thought he was going to lose, and it really is reminiscent of state-run TV in dystopian fiction and in the Middle East (specifically Israel—hey, guys, what’s with kicking out Al Jazeera?). Kayleigh McEnany left CNN and went to work for “Donald Trump’s News of the Week” video series the next day. McEnany—who has the most #AllLivesMatter name of all time—lists Trump’s accomplishment in a Stepford Wife monotone, emphasizing jobs, jobs, jobs, and… border security. Economy seems to be doing well. Everyone freaking out about the implications of this doesn’t realize that Trump is really an accidental despot. He doesn’t want to change the world: he wants to keep a nice life of luxury, and all he asks is that his ego is soothed and massaged at least twice a day (“the propaganda document”).

This man did not want to be president, and as far as nukes goes, he said himself “I’d be the last one to use the nuclear weapons, because that’s sort of like the end of the ballgame.” Then again, that was in March 2016. But I’m assured in the belief that Trump understands the concept of mutually assured destruction. Whether or not Kim Jong-Un does is another question. If he’s not willing to negotiate or starts to outright threaten America or South Korea with nuclear war, we’ll retaliate and it’ll be nasty.

U-TURN: I’m lucky… and happy… and grateful… that this is the only thing at the moment that sends me into a nauseous, abyssal depression: I was at Girlpool’s headlining show at Baltimore’s Ottobar last July. I didn’t know their music at all then. My friends Sun Club opened, it was great, and then I left. My brother Booker never fails to remind me of my mistake anytime Girlpool comes up. I’ll text him or scream at him about how amazing Powerplant and Before the World Was Big are, and all he has to say is that not only am I late to the party, I was already at the party last year and decided to leave instead of hanging around the Ottobar for another two hours. Fuck me running. It could be worse. It will be worse. For now… I’m blasting Powerplant, and watching Allyssa Yohana’s beautiful 8mm music video for “Before the World Was Big.” Shoot. I know it gets more blue. Tranquilize me with your ideal world. Black ballerina goes round and round. See you later alligator. Hope it’s not the day after.