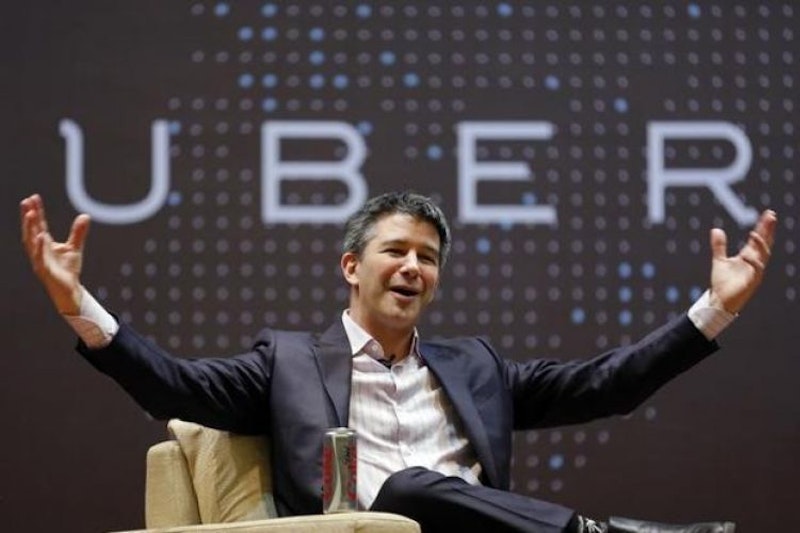 Last week, pharma-troll Martin Shkreli was convicted on three counts of fraud and now faces up to 25 years in prison. If you don’t remember, or just got back from a two-year stint in a Pyongyang gulag, Shkreli infamously raised the price of Daraprim, an antiparasitic drug used to treat HIV/AIDS, from $13.50 to $750 once Turing obtained the drug’s manufacturing license. He was widely reviled and instantly famous, a smug Albanian cartoon character playing the heel, a Scooby Doo villain come to life. He embraced the hatred: he bought the only copy of Once Upon a Time in Shaolin by the Wu-Tang Clan for $2 million, then threatened to destroy it if Hillary Clinton were elected President (he also claimed he would release it to the public in full if Donald Trump won—in the end, he only released two tracks).

His Twitter feed was a collection of all the incredibly expensive and stupid shit he bought, like Kurt Cobain’s credit card. After harassing Teen Vogue writer Lauren Duca in January, Twitter suspended his account. No more live streaming on Twitch or YouTube—the world rejoiced and relished his conviction, even as Shkreli rolled his eyes at his own lawyer for saying that sometimes his “people skills don't translate well.” This guy is a committed heel.

The public reacted with the same scorn when Billy McFarland, obnoxious entrepreneur responsible for the disastrous Fyre Festival, was charged with wire fraud in June. McFarland isn’t as loathsome as Shkreli, but he was lambasted for his reckless actions and ill-begotten wealth, known most for his response to a fellow organizer’s concerns about Fyre Festival’s looming collapse: “Let’s just do it and be legends.”

Mission accomplished: McFarland, along with most of the people that were swindled by him, were quickly painted and prodded as rich, malicious morons who deserved all the misery that came their way. I really didn’t understand why the Fyre Festival fiasco became such a flashpoint when it happened back in April—yes, it was a colossal failure and totally fraudulent, but no one died—unlike Bonnaroo or Coachella, where people are killed or OD every year. McFarland also didn’t play into the cartoon caricature of a villain the way that Shkreli did—he was just another rich white bro that thought he could get away with anything.

Hmm… that last bit reminds me of someone… rich white bro, obnoxious, sexually devious, probably racist, swindling the public… oh right, Travis Kalanick, co-founder and former CEO of Uber, the worst company in the world (Monsanto never did anything to me). He was forced to resign in June after reports of corporate malfeasance, sexual harassment, discrimination, and disrespect for law enforcement surfaced in the press. Kalanick was forced out, but his damage was done—as The New York Times wrote when he resigned, Kalanick “aggressively turned the company into the world’s dominant ride-hailing service and upended the transportation industry around the globe.”

Uber’s flagrant disrespect for its customers, local law enforcement, its own employees, and the world at large continues even in Kalanick’s absence. They could’ve killed someone, perhaps dozens, when they sent barely tested driverless cars out into the streets of San Francisco. They were widely criticized in January for scabbing and surge-pricing during protests at JFK Airport after Trump announced his idiotic “Muslim travel ban.” Yellow Taxis refused to take anyone to JFK, while Uber was happy to take you there for extra. #DeleteUber trended for a few days and then fell off—people just like it too much.

After reading another damning story about Uber, this time in Singapore, where the company continued to use faulty and dangerous cars that had been recalled and in one instance caught on fire, I thought a lot about the difference between the public perception of people like Shkreli, McFarland, and Kalanick. I don’t see what separates them—all three are equally callous and cutthroat capitalist villains, symptoms of a bloated and sick system ready to burst. But ultimately, people gloss over and ignore the blatant disregard for human life exhibited by Kalanick because they love Uber—they use it, they need it, it’s a part of every day life.

Shkreli and McFarland are men that the public hates with such intensity because they must exculpate themselves of their daily support of companies like Uber, Monsanto, Facebook, Whole Foods, and so on. I’m not surprised people are reluctant or even completely disinterested in facing the reality of Uber’s evil—the cat’s out of the bag. The taxi industry will be lucky to survive another five years. Ride sharing, unfortunately, is the future. But the outsized hatred of paper tigers like Shkreli and McFarland is clearly a symptom of some unresolved guilt for participating in corrosive capitalism every day while ostensibly believing in and striving for a better world. Shkreli and McFarland are easy to hate and dismiss because there are no consequences—you don’t have to delete or give anything up. To delete Uber, or stop shopping at Whole Foods, or Amazon, requires much more effort and a real reorganizing of one’s life. No wonder no one is willing to do it.