Beyond the Point of No Return

Encountering friends, foes, and faces in the crowd. 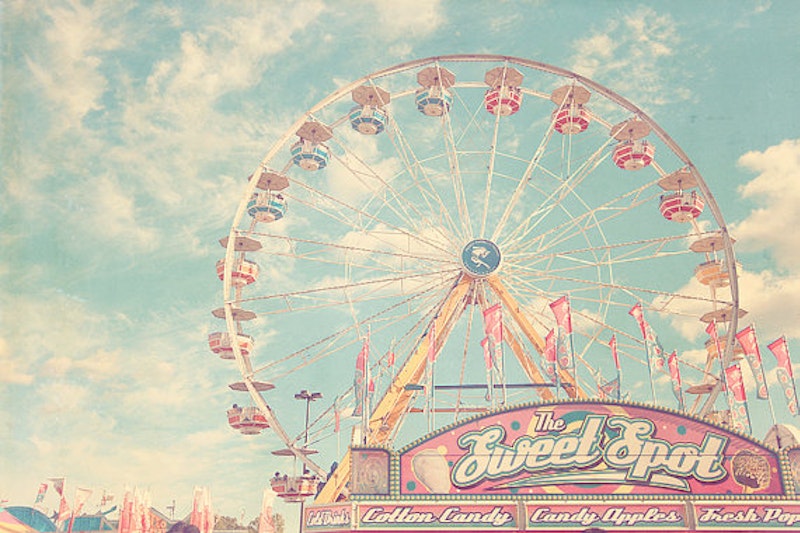 This is the age where you’ve lost all confidence that you’ll recognize anyone you used to know in passing, let alone them recognizing you. Some of this is lessening cognition, probably; the rest is growing further away from youth and not caring so much anymore. What would there be to say? There you are, the moment paused, stuck in non-conversation with a familiar stranger, fumbling for a polite excuse to flee. In my mid-20s, wandering around Baltimore’s Harborplace at noon on a weekday, I encountered a middle- and high-school classmate, Tavar, in passing. We recognized one another immediately, managed a mutual, casual slight up-jut-of-the-chin, and drifted right back out of one another's’ lives.

Not a single word exchanged. It was fantastic.

This week, for whatever reason, the awkwardness of some these encounters are on my mind.

Tavar and I went to middle school with a gnome-like boy named Andre, a spazz whose antagonisms lay just beyond the reach of my memories. What stands out more vividly are those occasions a few years later—we attended different high schools—where we would run into one another at Black Awareness Club events. A glazed, pained grimace would consume Andre’s face, and he’d pretend I hadn’t greeted him or had done so in an alien language; usually, he’d do or stay something stupid or intelligible, as though he were trying to impress someone standing behind me, as though I was a phantasm. Because I’d never liked him and was surrendering to faux nostalgia for what was frankly an awful couple years, this reaction never really stung—never committed to any outcome to speak of, I’d just walk away, find my friends or a girl to dance with, forget all about it for years.

Lance and I hung out at the same Towson summer camp a few years running, and bonded superficially over the intensity of soccer. Like almost every friendship of this type, ours had no future. The future was a string of anti-climactic coincidences: running into someone on a Baltimore Symphony Orchestra class trip, or at the Baltimore Zoo, or buying popcorn at the Maryland State Fair. Our paths crossed again only because a guy in my freshman high school class wanted to be my best friend, and, being lame and without close friends, I briefly acquiesced. (In retrospect, he probably found the idea of having a black friend novel, cool.) My classmate, Lance, and I wound up at a Baltimore Blast game. That evening, I made several attempts to talk with Lance, only to encounter a caveman-like expression of confusion.

In the final accounting, Andre was likely embarrassed at whoever I’d known him to be, while Lance maybe couldn’t believe that I was at 14 whoever he’d known me to be at nine or 10. Neither of them were necessarily wrong.